Welcome! Let's get right to it. 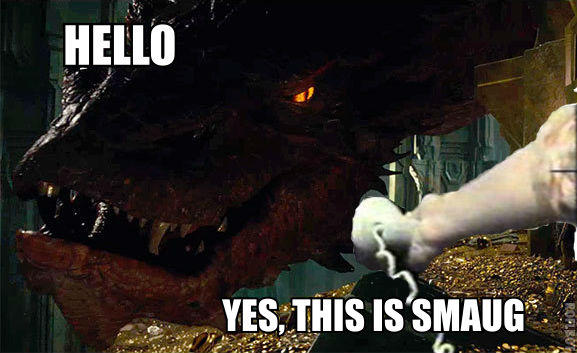 You may be curious as to why I chose Korvold as my commander. Well, firstly, Jund is one of my favorite color combinations--I love the characteristics of each color and how they compliment one another to give a certain 'wild' aspect to the deck.

Secondly, I've always wanted a dragon as my commander, but I never really liked Prossh or his combos that much, specifically food chain. IMO he is, in essence, a glorified token creation and sacrifice outlet that is used almost exclusively with food chain to make infinite mana. Yeah, that's cool and all, but what do you do after that? How sure can you be that you'll have in hand some, or even any, wincons? ...which leads me to:

GASP, did he just say artifacts?!

Yes, ladies and gents, I did. Korvold creates several new 'infinite' combos with this ability (okay, yeah, Bloodbriar does exist, but that's beside the point...) and allows you to draw your entire deck at the same time as generating infinite mana!

But all of this is meaningless in the face of the 4th reason I love Korvold--he's a frickin Dragon Noble.

I discourage this as a relied-upon "wincon". It won't happen--unless you get Veil of Summer and somehow, somehow no one wipes or blows up Riches until your next turn. It's just funny how now it's actually somewhat feasible. Take into consideration that if your opponents aren't playing artifact heavy decks or ramp or whatnot, Dockside won't get to ten until, very possibly, turn 6 to 9. In less competitive metas it'll be more feasible, in which case I'd say go for it.

One of the two desired combos. I'd suggest waiting till turn 3-4 to maximize Dockside's effectiveness, and also until either Veil of Summer, Vexing Shusher, or Rhythm of the Wild are within hand or on the battlefield. Once your opponents understand the main combos of this deck, it will not resolve without aid. However, once it does, and once Temur Sabertooth is on the battlefield, it's game over, especially if Veil has been cast. It is entirely possible to pull this off turn 1, though more likely between turns 3-4. Once again, and I cannot stress this enough, do not attempt to cast Dockside without aid, and it is heavily discouraged to cast him with less than 8 opposing artifacts. This allows you to use Sabertooth within the same turn.

The other desired combo of this deck. This, I'd say, is both easier and harder. Firstly, there aren't as many tutors to be able to help out with getting the pieces. Secondly, these actually require Korvie to be on the field as the initial sac and +1/+1 counter engine. On the other hand, you have not one but three different vehicles beside Animation Module. Here is a sample play:

It's turn 4, you have Sol Ring, Ancient Tomb, Overgrown Tomb, Stomping Grounds, and Blood Crypt on the field. You also have Ashnod's Altar and Animation Module on the field with Rhythm of the Wild.

You cast good ol' Korvie, tapping Ancient Tomb and the three other lands you control. He enters and gobbles up a tapped land--you don't need it anymore. In response to the +1/+1 counter he gets, tap Sol Ring and pay 1 for Module, creating a Servo. Draw a card. Sac the Servo to Altar, adding to your pool. Korvie gets a counter. Repeat with Module and draw a card, creating another Servo. You have netted . Draw until you reach other mana rocks and sources, and Hailfire/Exsanguinate for the win.

While it may seem pretty awkward to pull off, the deck is practically based around these two combos. When pulled off successfully, it not only generates infinite mana but also allows you to draw your deck, then play finishers like Mayhem Devil or Torment of Hailfire and kill your opponents.

These aren't your only options. Bolas's Citadel is literal fire on turn 3-4, usually allows you to play into a tutor, or a big dude like Razaketh, or really anything you want. The only piece of advice I have is to look into running GMoAsphodel so you don't kill yourself. I'm not too sure about K'rrik or Razmatazz yet, but I should have a good idea soon.

In progress (like, seriously in progress). Love the commander's feel and unique ability so I decided to play around with him a bit.

Help and advice encouraged and appreciated! This is the first commander deck I've 'built' so I have extremely limited knowledge of the format when it comes to deckbulding. Feels really glass cannon-y and I'm not really sure how to completely fix that, other than the obvious stuff like Asceticism, Veil of Summer and Boseiju, etc. That being said, turn 3-5 wins are surprisingly common.

Tryna make this more streamlined, more cEDH proof/worthy. Please share any insights, especially about card upgrades, cuts or substitutions that could help me accomplish this.