I brought a sword to a magic fight once. It was a really good sword though.

This deck has 3 swords in it: Sword of War and Peace, Sword of Fire and Ice, and Worldslayer. The deck built around getting Worldslayer out and various ways to get it through to blow everything up. Even though there is only 1 copy of each sword in the deck there is enough draw and tutor via Expedition Map and Inventors' Fair.

The deck uses the Urza Lands Urza's Tower, Urza's Mine, and Urza's Power Plant to quickly ramp up to the mana needed to run this deck. Its not really your average "Tron" deck but I have always liked the Urza lands. The Darksteel Citadel cards in this deck exist because they will survive a Worldslayer and leave me with at least some mana to work with.

Stuffy Doll + Nemesis Mask: Forces all creatures able to block Stuffy Doll to do so. The player chosen for Stuffy Doll then takes all that damamge.

Stuffy Doll + Pariah's Shield: This basically enables godmode and makes any damage I take get redirected to the player chosen for Stuffy Doll.

Magnetic Theft + Worldslayer: Once your opponent attacks, don't block them... let them in. Then throw Worldslayer into their open arms with Magnetic Theft. You take a little damage, but we get to watch the world burn.

Chromatic Sphere & Chromatic Star: These cards are in the deck to allow for green mana filtering if I need to but also allow for quick and easy draw.

Dead-Iron Sledge: Gives me a blocker with deathtouch basically. None of my creatures will be destroyed by its effect.

Expedition Map: Land tutor for the Urza cycle as well as Inventors' Fair and the Stomping Ground if I really need it.

Nemesis Mask: This is how I plan to easily get Worldslayer through. Means everything has to block the creature I choose and the one I want will get through. I usually throw this on Stuffy Doll for extra damage or whichever creature I have Dead-Iron Sledge equipped to.

Pariah's Shield: Because my creatures are indestructible this card basically enables godmode. They have to remove the creature or the equipment in order to defeat me. I try to put this on Stuffy Doll because that makes all damage that I take go to whoever I chose for Stuffy Doll.

Sword of Fire and Ice & Sword of War and Peace: These swords offer protection from the colors that offer up the most ways to exile or remove an indestructible creature. They also have awesome abilities!

Worldslayer: The deck is built around this card even though there is only 1 copy of it. I can tutor for it with Inventors' Fair or draw into it with the many draw options. The other cards all exist so that I can get this card past at least one of my opponent's defenses, but its not my only win condition. If Stuffy Doll is the only thing on the battlefield after Worldslayer triggers then I just have to keep using the ability to slowly whittle down my opponent. If this is on a Darksteel Juggernaut its a board wipe every turn after it first gets through and that is pretty much game over.

Ghirapur Orrery: Allows for a lot of draw that I need once things get up and running if I cant get Worldslayer through. There are very few instances when this will benefit my opponents more than me; in those rare instances this just won't get played.

Are you sure? A lot of people could die...

Are you sure? All this power is within your grasp!

Thats right! Take what is yours! Equip the Worldslayer? 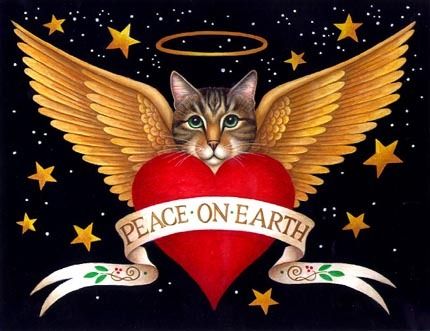 I added a lot more ways to draw and tutor for what I need. Its crazy reliable now and allows me to pull out many different cards depending on specific situations.