Pyroblast and now the explosive card that is Dockside Extortionist but it mainly allows our wincons to be easily compacted and allows them to synergise.

As with most decks, the primary win condition will be the combination of Flash and Protean Hulk to assemble a game winning combo. In this deck, with what golos does, our combos will involve generating infinite mana. Unfortunately this does limit us to main phase wins only. (Unless Walking Ballista is on the field)

The best part about this deck is its variety and high number of options. The deck allows for an extremely small amount of dead slots while giving you compact hulk piles that are easy enough to assemble after an Ad Nauseam .

With an Average CMC of 1.58 at the moment, you will often be winning after the Ad Nauseam resolves. The large amount of tutors and fast mana should allow you to assemble, Bomberman or even the "Temur Hulk" Pile that I will talk about shortly.

Currently you have multiple options. 1. Jace, Wielder of Mysteries , play and uptick, pretty simple. 2. "Twister" Loops using Memory's Journey and Noxious Revival , you can loop Swan Song and Assassin's Trophy to destroy all permanents and make an infinite number of birbs as well as gaining infinite life with Nature's Claim (only if sorcery speed). The downside of this combo is that you lose all the Sorcery speed spells and lands from your deck and will have to use Memory's Journey to put up to 7 instants back into your library in order to not deck out (again, only during instant speed wins}. Option number 3 is an odd one but Walking Ballista . There are quite a few reasons I have decided to test walking ballista in this build so I should mention that it is a way to win in this deck post hulk. Unfortunately there isnt a way to bring him in at instant speed (because flash doesnt work how i wanted it to) so you will have to cast him for X=0 (due to alternate casting costs) and then Noxious revival it back and then tutor for it with a spell like Demonic Tutor or Eladamri's Call to return it to hand. You can then cast it for X= an arbitrarily large amount and thanos snap all your opponents to death.

When Incubation Druid enters the battlefield, Graft one of the counters onto it. Sacrifice Torch Courier to give Incubation Druid haste and then tap for three blue mana, activate Vigean Graftmage to untap it, then repeat for infinite blue mana. If you dont already have all 5 colours available to you, cast Golos, Tireless Pilgrim from the command zone to go tutor for Command Tower . Incubation Druid can now tap for all colours, use your infinite blue to filter into infinite of every other colour. Activate Golos to exile library. Then use either Jace, Wielder of Mysteries or Timetwister Loops using Assassin's Trophy and Swan Song or even Walking Ballista to win the game.

When Goblin Engineer enters the battlefield, search your library for Lion's Eye Diamond and put it into your graveyard. Then pay 1W to activate Auriok Salvagers and return Lion's Eye Diamond to your hand. This produces infinite mana at the cost of discarding your hand. It is recommended you only do this after casting Silence . You can also add Walking Ballista to this hulk pile and then recur ballista after your infinite mana is created. You will do this combo if you need to hold open a next turn upkeep win through a Teferi's Protection or an Angel's Grace . This combo can also be done to win if golos was stolen in some way.

When Goblin Engineer and Spellseeker enters the battlefied, search your library for Isochron Scepter and Dramatic Reversal respectively. Give Goblin Engineer haste and then return Isochron Scepter to the battlefield, Imprinting Dramatic Reversal . If your rocks produce atleast 3 mana and one is coloured, then you create infinite mana. You should know how to win from there. OUTDATED COMBO BUT IS STILL POSSIBLE

Ad Nauseam : While it is rare to see this card in FlashHulk decks, it is a key strategy to this deck and easily enables its win conditions. Our average CMC is 1.58 meaning it is almost guaranteed we will win the turn of or the turn after an Ad nauseam. A common line will be to find Silence (either draw or tutor for it) after the ad nauseam and then assemble a safe bomberman.

Dark Ritual : Running dark ritual may seem odd in a 5 colour deck but its synergy with Ad Nauseam is far too great. casting it as early as turn 3 with just dark ritual is incredibly powerful as well as dark ritual post naus allowing us to net 2 mana for 1 card.

Walking Ballista : Ballista is generally outlawed in cEDH unless you have a strategy with Mikaeus, the Unhallowed . However in this deck it is usable as a backup wincondition. Very few hulk decks include a pile that assembles bomberman, however as we have this package ballista fits in the pile quite easily and can then win the game with Auriok Salvager recurring it from the graveyyard. It is an alternative to if Golos is stolen somehow or if Jace, Wielder of Mysteries or Timetwister is somehow removed from the deck.

Whats that? You want to win at instant speed? You gotcha!!! Assuming Golos is in play (and has fetched a rainbow land) we can generate our average temur hulk pile to generate infinite mana.

Cast Assassin's Trophy targetting an opponents land. Cast Memory's Journey shuffling trophy back into your library. Cast Noxious Revival putting Memory's Journey back on top then exile the top 3 with golos. Repeat this process except you shuffle noxious revival back in with Journey this time. Then repeat this process with Swan Song to make infinite birds. You may also cast Silence and any number of counterspells to stop whats happening as you start this combo.

Then you do the Memory Journey loop as previously mentioned. Once the loop is completed you need to select what 7 instants you would like to keep to concrete your win. I would reccomend "Assassins Trophy, Noxious Revival, Flusterstorm , Silence , Dovin's Veto , Mana Drain and Force of Will . Once decided make sure Memorys journey and noxious revival are both exiled with Golos or in hand. Cast all the spells youu plan on keeping (aside from noxious revival) while holding priority and finish it with flusterstorm countering all of the spells and fizzling dovins veto. Now your library is empty and you have 6 instants in your graveyard.

Cast Memorys Journey shuffling Silence, Force of Will and Flusterstorm into your library. Then Cast Noxious Revival returning Memorys Journey to the top. Exile the top 3 with Golos.

If you exile FOW and Silence: Cast silence and counter it with FOW

If you exile FOW and Fluster: When you cast memorys journey, counter it with FOW then counter FOW with Flusterstorm.

This potential hulk piles is a way to make infinite rainbow mana using some cards that we already run in the deck.

Demonic Consultation and Tainted Pact are both ways to win the game with Jace, Wielder of Mysteries but also help find combo pieces.

Quicken : This card allows us to use Timetwister loops at instant speed assuming Golos is already on the battlefield.

Force of Vigor : this card should be played in more staxy metas that run cards like Blood Moon and Back to Basics

Chain of Vapor : A meta call really, could swap this for Natural State

Isochron Scepter + Dramatic Reversal : Now cut from the deck you can re add it if you need to. Make sure your mana rocks are sufficient to power it.

Lightning Bolt : Good removal spell, low cmc and is loopable to win the game that turn at instant speed. Overall a good choice.

Mystical Dispute : If your meta is full of blue this is an option to counter their blue spells for a very low cmc.

Dack Fayden : Good against other stormy Ad Nauseam decks to steal their mana rocks and help you go off faster

Force of Will : You may swap Force of will for a cheap counterspell such as Spell Pierce or other interaction like Veil of Summer

Mana Drain : This may be swapped for Counterspell

Imperial Seal : This slot is quite hard to replace considering its cost. You could run some meta dependant hate in this slot or potentially some of the worse tutors like Finale of Devastation , Sylvan Tutor or Gamble .

Mana Crypt : can be swapped for Mana Vault

Lion's Eye Diamond : if the Bomber man package is being removed consider the Devoted Druid combo mentioned above. This will involve cutting Auriok Salvagers and potentially Walking Ballista .

OUT: Mox Opal IN: Mana Vault

OUT: Timetwister IN: Memory's Journey

OUT: Auriok Salvagers IN: Thassa's Oracle

OUT: Goblin Engineer IN: Demonic Consultation

OUT: Cyclonic Rift IN: Tainted Pact

OUT: Walking Ballista IN: Wild Cantor 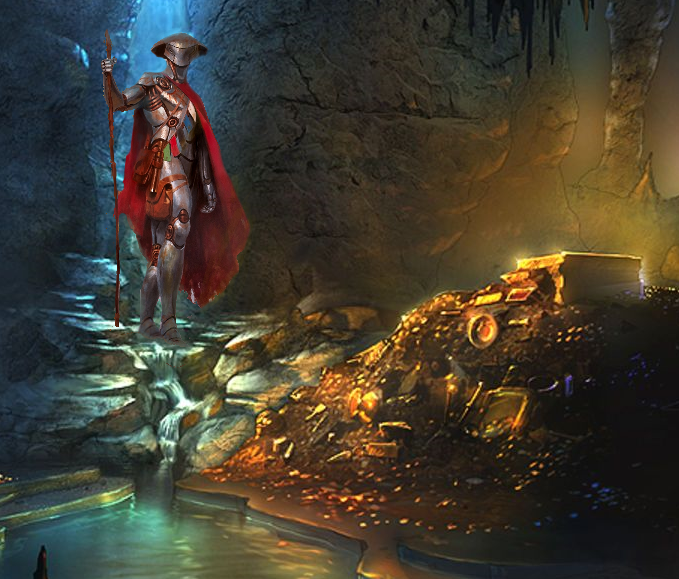 Just Taking my Praetor for a Walk