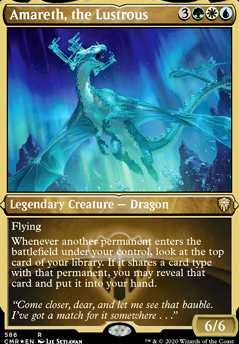 Our story happens in the times before the Great Mending, times where planeswalkers could still create and distort worlds with a flick of their wrists. Our scenario, Mirrodin, is a thriving plane. Life, both metallic and fleshy sprouts wherever it can. Today is colder than usual, as we focus our attention to the Tangle, the copper-y pseudo-forests of this metallic world.

The wind rushes through the sprouting razorgrass, cold, on sharp. Far away, the sound of something large moving appears to scare away small squirrel-like animals. The Tangle thrives with life and hope - each of the planet's five moons shining brightly above, illuminating the semi-green copper trees, rusted over the ages by the ocasional rains brought by the Blinkmoth. One of them is sitting right here, laying down on a razor-sharp sprout of a copper tree. It's rare to see a Blinkmoth out here in the Tangle, especially since many of them have been hunted by the Vedalken for so long. Their numbers were dim, and their terrain is usually the upper skies above all lands of Mirrodin. And yet, here is one. Sleeping so profoundly, if it could be enlarged into the size of a dog, one could definitely hear its snoring. So tiny, and special.

The Blinkmoth wakes up and flies away, alarmed by something. Dust and metallic gravel on the ground appears to tremble. Could it be an earthquake, out here in the Tangle? Maybe some large creature? A large, spherical dent forms in the metal, about 4 meters wide. Whether it was the metal being forced down with ridiculous force or the space itself being distorted, it could not be told for sure. No being in the Tangle could be doing this, that was for sure. A bright light formed in the center of the dent, scaring away any animal that was still around. A large, sleeping Vorrac woke up nearby, and looked towards the light. Getting up, the animal seemed very annoyed and disturbed, almost angry at the mysterious event. The Vorrac went away, denting small sprouting razor grass with its giant metallic hooves.

Crystal wings appeared from the light, then square-shaped horns of the same kind. The light dimmed, and the shape of a blue dragon formed in the middle of the dent. Whoever she was, she scared every smaller animal nearby away, and hopefully didn't annoy the larger ones.

Another light sprouts of thin air, 8 meters away. The light, just as the previous, pushing everything away in its spherical path. This time, smaller, as it dimmed, and the shape of a hooded person could be seen taking form.

The dragon rushed. Crystal spires sprowled around her as she flew towards you, ready to impale your fragile body a thousand times before eating whatever is left. The look on Amareth's eyes were of pure wrath, ire, and deep beneath hinted a tinge of sadness. That sadness however, were nowhere near as the one present in your face.

"I will not be imprisoned by another war, greedy human!" - Amareth yelled.

You lifted your hand, and every crystal shape with sharp edges pointed towards you appeared to cease to exist. You held Amareth into the air, and released. She fell with a sound of gems and rocks hitting on more rocks and metal, and looked back at you with the eyes of someone ready to kill.

"I'm really sorry" - You said again. This time, a tear ran down your face.

"What is the meaning of this, greedy human?"

You raised your hand, and flicked your wrist. Light engulfed both of you, leaving an enourmous dent in the Tangle. Suddently, you could feel the ground beneath your feet felt more regular, less mossy. Almost... too regular. Almost like the hexagon plates of the Glimmervoid, where you teleported both yourself and Amareth to. The light around you two spinned, and swirled. The cold winds of the Tangle were gone, now giving place to an intense heat that is forever accumulated in the reflecting metal plates of the ground.

Still holding the sphere of light above you, you flicked your hands once more, and you two started to sink beneath the ground. One meter, two meters, three meters. Stop. Not much below the surface, a cave was formed. With a movement of your arm, an entrance to the surface was formed. And with a deep breath, all the metal around the inner side of the cave disappeared, giving place to an unending world of shine. Crystals and more crystals protruded from the walls, much like the ones summoned by Amareth to murder you just a second ago. Except this time, it was you summoning them.

"I hope this doesn't make you feel too far from home."

She was fast, almost too fast. You fell to your side, your arm bleeding as her tail nearly chopped it cleanly off.

"Please, Amareth!" You tried to regain her attention. She attacked again, this time you could defend yourself. "I swear, it wasn't my intention to bring you here!"

"What is the meaning of that, greedy human?"

It was a long day in your voyage across the copper mountains. As the hours passed, droplets and more droplets of sweat drip from your face. All you can think of is how all of this came to be. Mirrodin was beautiful, your army... Was beautiful. Now you are carrying a big hunk of metal on your arms, carrying it back to the only place in Mirrodin where metal is forbidden. A small crystal cave, made by you just yesterday.

You could just teleport both yourself and the hunk of metal directly to Amareth's lair, but that would be too easy, you thought. This... All of this...

You drop the head-shaped piece of metal to the ground, and fall down to your knees. You cross your arms down on the ground laying your head on them, and start crying, weeping. The sound of your painful voice echoes throughout the scorched metallic land. Two goblins in a faraway mountain entrance listen to your wail. They try to gain sight of your location, climbing any protruding metal formations on their way. As they finally see you, they sit there. Watching. The pain from your voice can be heard all the way to the great Kuldotha, although all of its inhabitants in the inner furnace can't listen.

You wipe your tears in your brown sleeves, grab the hunk of metal, and start walking again. This walk, this peregrination back to the Glimmervoid would certainly be painful. But no pain is greater than this.

Yesterday you told her this wasn't your fault, and it really wasn't. She seemed confused, and that's natural. How could it be natural that a war... on Mirrodin... with some ancient crystal dragon from god knows where?... No...

The voice came from a metallic three-dimensional rhombus, standing on four legs. Its face was etched on every surface, which you knew held great magical capabilities. A hedron, here on mirrodin. Walking and talking, no less.

"Hey pal." You replied. "Unfortunately I have to do this on my own. I wouldn't mind some company though."

"Of course sir... Tell me, where are you headed? I see the border to the Glimmervoid is right there."

"Yeah uh... You see, I need to take this to some big old lady and tell her everything that's been going on with us and the war."

"Ah... Now that you mention it... Is that what I think it is?" The Hedron asked, pointing to the hunk of metal you held with one of its crystal legs.

Of course, Hedrons aren't natural on Mirrodin. Neither is the plague that's about to destroy the plane in just a few decades from now, nor the old crystal lady you kidnapped. Mirrodin was confusing a few cycles ago, but at least it made sense. Now... not so much.

The kindness from your mana-storage friend almost made you fall to tears again. The weight of this task was too much to handle alone, but you thought maybe by having a proper talk to the crystal lady everything could be more bearable.

"You know it's all their fault, right?" You asked.

"Of course, sir. You know, we don't usually manifest much of our preferences regarding the war and the rulerships and such but... It definitely felt better before. I mean... It made more sense, at least."

The crystal dragon softly raises her head that laid on her arms to look at you dropping the metal object to the ground. She didn't seem curious. It would be a tough quest to gain her attention after what you did.

"Hey Amareth. I wanted to show you this, and perhaps explain a little more on what's happening."

Your four-legged geometric friend followed you all the way to Amareth's crystal lair. Now, he sat there, next to you. Somehow, the way the light shone upon its faces made the living geometrical form seem very attentious, like an eager student ready to listen to one of its favorite lectures. For you, it wasn't a very cheerful thing to do.

"Hm?" The dragon raised an eyebrow.

"I... I'm sure you are familiar with the Commanded Wars."

And so you proceeded to explain. How many planeswalkers around the multiverse selected their soldiers and fought against each other. How they used the leylines and mana force of millions of kilometers of land for their own bidding. And how you were one of them, but that wasn't all.

"You were never meant to come here, Amareth. My army was... it was already complete." Tears started to sprout from within your eyelids.

"What do you mean, greedy human?"

"There is a council... A council that dictates what must and what must not be used in a war. For many years, my passion lived here - in Mirrodin. I built my army from what could be gathered from this metallic and yet colorful grounds, and from all that could combine with these grounds as best as I could see fit" You pointed to your Hedron friend. "And... they never fought alone.".

"Go on." Amareth urged you to continue.

You raised your head, causing the tears to roll past your face as you meet Amareth's gaze. You are sweating, and not just because of the intense heat accumulated in the crystal lair from absorbing the intense sunlight from above.

An intense flash of light appeared in the room, and a metallic bipedal being appeared from within. Amareth raised from the ground, ready to strike whatever danger that might present to be.

"And he didn't fight alone." The being in the light said.

(This story is a work in progress, stay tuned for more!)