Get your mind out of the gutter

A burden or responsibility, often bearing a negative connotation, attached to an individual or collective group.

Highlighting the stigma frequently associated with the word, several derivatives of onus are found in the English language. We have Onerous, or troublesome; Onus Probandi, the burden of proof; and Exonerate, to be relieved of a burden.

I was recently browsing the card lists and came across Eldritch Evolution , and it struck me like I was looking at it for the first time. How had I not noticed the great potential held within this card? Perhaps it was the fact that Iâm in the middle of rereading several of the finest works of Cosmic Horror ever to grace the page, courtesy of one Howard Phillips Lovecraft. Whatever the case, it immediately set my mind to work at crafting ways to bring forth unspeakable monstrosities into our world. Well, just on cardstock for now. Baby steps.

In short, this deck intends to manipulate several cards and mechanics to beckon the mighty Elder Gods from the outer reaches of the Cosmos, beyond the stars. We will not, however, be using that old and tired Devoted Druid + Vizier of Remedies combo. Itâs been done to death, and since Iâve already built a deck revolving around that interaction, Iâm looking to expand my horizons and craft something a little more robust, with its own unique flair.

Now that weâre all on the same page, letâs examine this fascinating foray into Darwinâs twisted imagination.

Thatâs right, we only run 19 landsâ12 if you really want to get technicalâbut thatâs ok: Weâve got access to some ramp that makes Lombard St. look like the Kansas horizon.

â¢Your basic Forest is where we pull most of our from. What else is there to say?

â¢We run a playset of Windswept Heath to thin the deck ever so slightly to improve those subsequent draws.

â¢Thanks to sergiodelrio for pointing out that Mutavault can double as an Eldrazi Spawn. Alas, it cannot be enchanted by Utopia Sprawl , so that limits the number of copies I feel comfortable including.

â¢ Geier Reach Sanitarium can give us a which we may leverage now and then, but this isnât really a land so much as it is a discard outlet. In the unfortunate case that we draw one or more of our finishers too early, the Looney Bin lets us dump them in our graveyard so they get immediately recirculated into our library. Thereâs a method to the madness, see.

Our Mana Pool is Wheelchair Accessible

The reason why we can afford to run an otherwise sub-optimal land count is largely due to our ability to ramp. 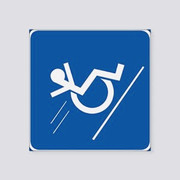 â¢ Utopia Sprawl will be our ideal Turn 1 play. Attach this to a land and for next turn.

â¢ Elvish Mystic and Llanowar Elves are functionally identical and net us a . Why run two of each instead of a playset of just one, you ask? Too many â...and each creature with the same name as target creatureâ spells exist. Also, Surgical Extraction / Extirpate . Better to not put all our elves in one basket.

The first real priority we have is to generate Eldrazi Spawn tokens. We need 4 of these little tykes, and preferably sooner rather than later.

â¢ Nest Invader will likely be our first available option to produce a token; once the ETB triggers and we have it, this creature serves no further purpose. Use it to block with, or as payment due for a Geth's Verdict or kicked Gatekeeper of Malakir or something.

â¢ Awakening Zone is the token generator of choice in this build. At a paltry weâll have no difficulty casting it; a combination of land and ramp will have it hit the table ideally on Turn 2. From the next turn forward weâre guaranteed a free token to fuel someoneâs insatiable appetite.

As a side note, we unfortunately cannot make use of From Beyond and its convenient Eldrazi tutoring ability. The tokens produced by this enchantment are distinctly different; we specifically need Eldrazi Spawn, not Eldrazi Scion tokens. Technically we could still utilize the enchantment for its tutor aspect, but thatâs inefficient and weâre set up to work around that minor inconvenience.

â¢ Druid's Deliverance is our third and final way to create useable tokens. Ward off some impending combat damage and generate a token in the process. Like Oparin/Haldaneâs suspiciously convenient bolt of lightning inexplicably creating life, we need our own artfully contrived catalyst to trigger this Eldritch Evolution .

Weâre searching for a creature with two distinctly important attributes; the first is a high casting cost, and the second is a way to get it into play quickly. Weâre effectively in mono , so necromancy isnât viable. Weâre in Modern format, so all the best creature tutors are banned. Combing through the Modern legal creature database yielded nothing, and I was beginning to abandon hope when the stars aligned, and fate converged upon one hideous aberration...

â¢ Hand of Emrakul is precisely the card we were searching for. With a mana value of 9(!) itâs quite hefty to cast by any conventional means, but thatâs half of what we want. More importantly, it comes replete with a built in alternate casting cost. Sacrificing 4 tokens will grace the table with a ghastly presence, rising from the primordial soup of dried up Eldrazi spawn husks.

Tangentially related is our inclusion of a playset of Ancient Stirrings . If token production is proceeding on schedule but we havenât yet drawn a copy of Hand of Emrakul , Ancient Stirrings will let us dig for it.

The final card moves into focus and we achieve planetary alignment. 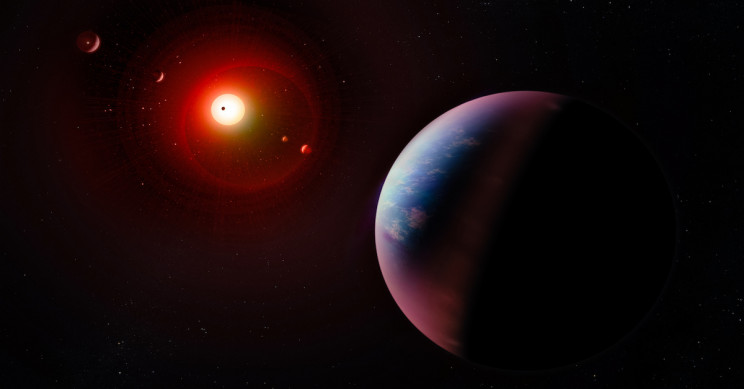 â¢Enter Eldritch Evolution and all the unholy potential it offers. Using this spell we intend to sacrifice Hand of Emrakul to pull another creature from the void. The restriction is that whatever we search our library for must be a creature with cmc 11 or less; thatâs Hand of Emrakul âs 9 plus an additional 2 as dictated by the sorcery.

Examining the roster of eligible creatures in the â11 cmc or lessâ category yields horrifying results. This is also the aspect of the deck with arguably the most room for customization to suit oneâs meta or personal tastes. I myself decided to keep the Eldritch Horror theme and stick with Eldrazi, but in paper I keep a few specific creatures in the Maybeboard for that feeling of ultimate power. Griselbrand , Iona, Shield of Emeria , or Jin-Gitaxias, Core Augur are all fine options.

For those looking for a more technically proficient deck, I recommend creatures bearing the text âIf ... is put into a graveyard from anywhere, itâs owner shuffles his or her graveyard into his or her library.â Worldspine Wurm , Darksteel Colossus and Progenitus all function in this manner. In this way any unlucky early draw can be recycled into our deck and never wasted. 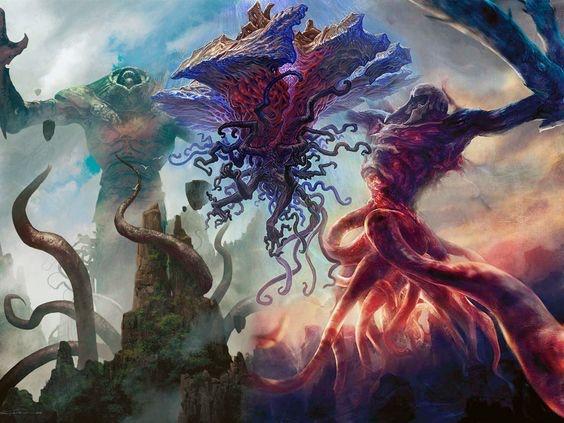 Nevertheless, in keeping with our Lovecraftian theme our Eldritch liaison yields one of the following sanity cracking atrocities:

â¢ Kozilek, Butcher of Truth , a 12/12 with Annihilator 4, arrives ready to squash anything and everything your opponent has on their side of the table.

â¢ Ulamog, the Ceaseless Hunger lacks the Annihilator trait, but is perhaps more fearsome yetâsimply the act of attacking will mill a full third of the cards in our opponentâs deck (in all likelihood the actual percentage will probably be closer to 50% by the time this Eldrazi nightmare enters the battlefield). One could also run Ulamog, the Infinite Gyre in this slot. A more nuanced Elder God at a leaner 10/10, it still packs all the gut wrenching fear of Annihilator 4, but with the added benefit of Indestructibility.

â¢ Void Winnower certainly unravels the sanity of anyone caught in its path. A potently lethal 11/9, it compounds an already bad situation by enforcing obscene restrictions. Once in play, everything from affinity decks casting cost artifacts, to the Pact cycle of cards, to something as aggressive as cascading into Living End is simply no longer an option. Even something as omnipresent as the ability to block is no longer viable for even-mana-costed creatures! Remind your beleaguered opponent itâs not too late to catch the ferry heading for Geier Reach Sanitarium .

â¢ Pathrazer of Ulamog , flabby and gibbous and squamous, plods ever onward leaving a trail of carnage and destruction in its wake. Annihilator 3 coupled with the fact that it takes a minimum of 3 creatures just to block it will sunder the opponentâs boardstate in record time.

â¢If Eldritch Evolution were to boast âThis isnât even my final form!â, then Decimator of the Provinces is potential fully realized. In a pinch we can take advantage of its Emerge trait; should something go awry and our Hand of Emrakul find itself in trouble, we can sacrifice it and easily pay the remaining to have a 7/7 Trampler ready to attack, with whatever else we have in play receiving a hefty +2/+2 and Trample as a bonus.

Important to remember is the distinction between casting a card and putting a card into play. Since weâre being sneaky about how these behemoths are finding their way onto the battlefield, none of their âWhen you cast...â triggers will occur.

â¢ Fog will also protect us from early aggro damage, as we canât really chump block with our tokens since theyâre so valuable.

â¢ Lignify because is kinda lousy at removal, so instead we get to turn them into a tree. Surprised Darwin never came up with that idea too...

â¢ Naturalize because one thing really is good at is reverting back to natural balance. Efface a particular enchantment giving you grief, or reduce an artifact to a pile of dust.

âAnd he further said to me: âDo you see this, O son of man? You will see detestable things that are even more terrible than these.ââ