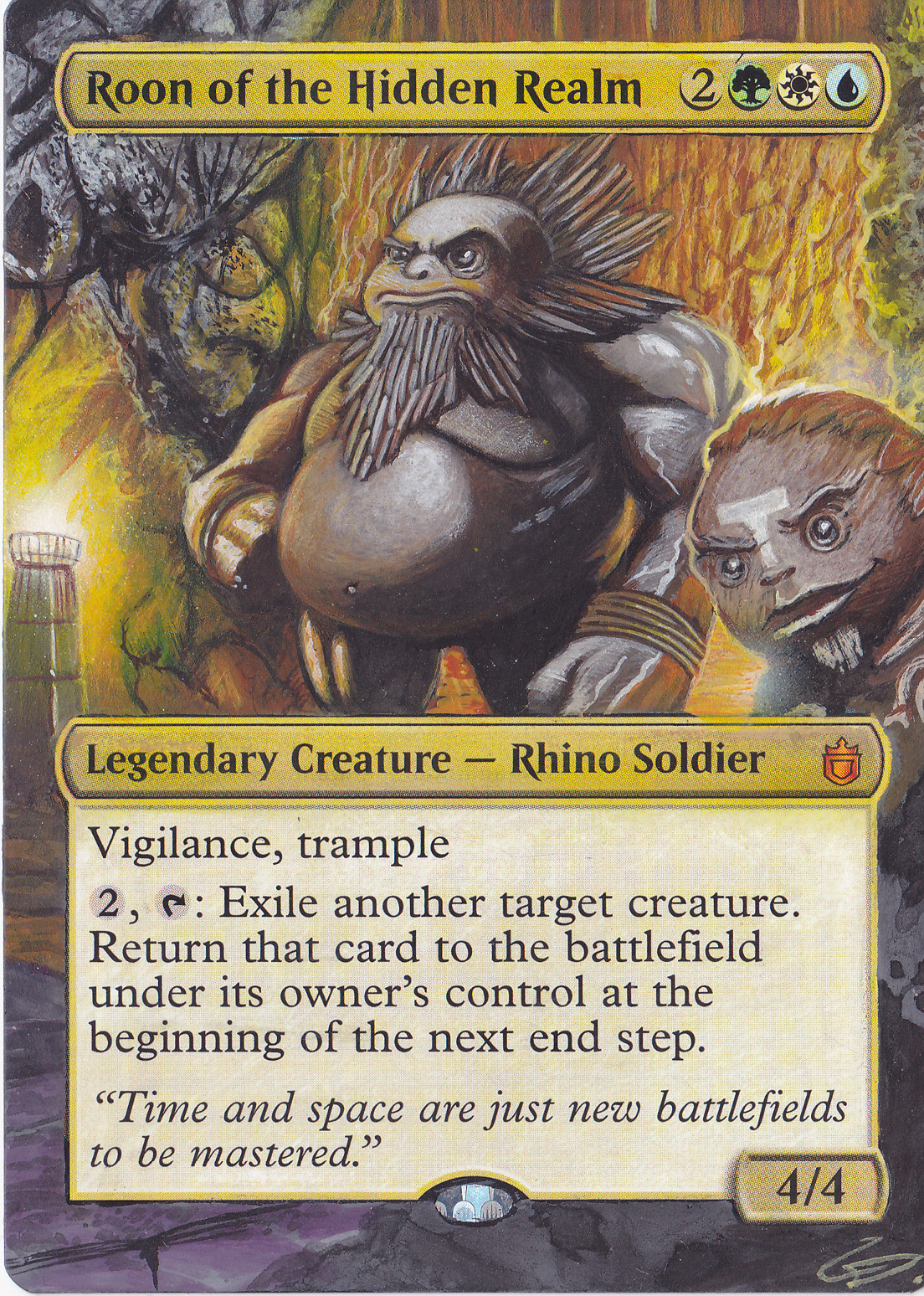 Custom Birthing Pod Themed around "The Legend of Zelda" game series, with each of the following Altered by professional artists to look like characters from the various storylines:

Bant-Bounce evolution of Jenara, Asura of War since back in the day! (before Commander products) - GREAT power twins between Seedborn Muse / Teferi, Mage of Zhalfir or Alchemist's Refuge & Mistmeadow Witch / Perplexing Chimera. Transforms into a Primal Surge Finish if Instants/Sorceries removed for Maybe/Side Board