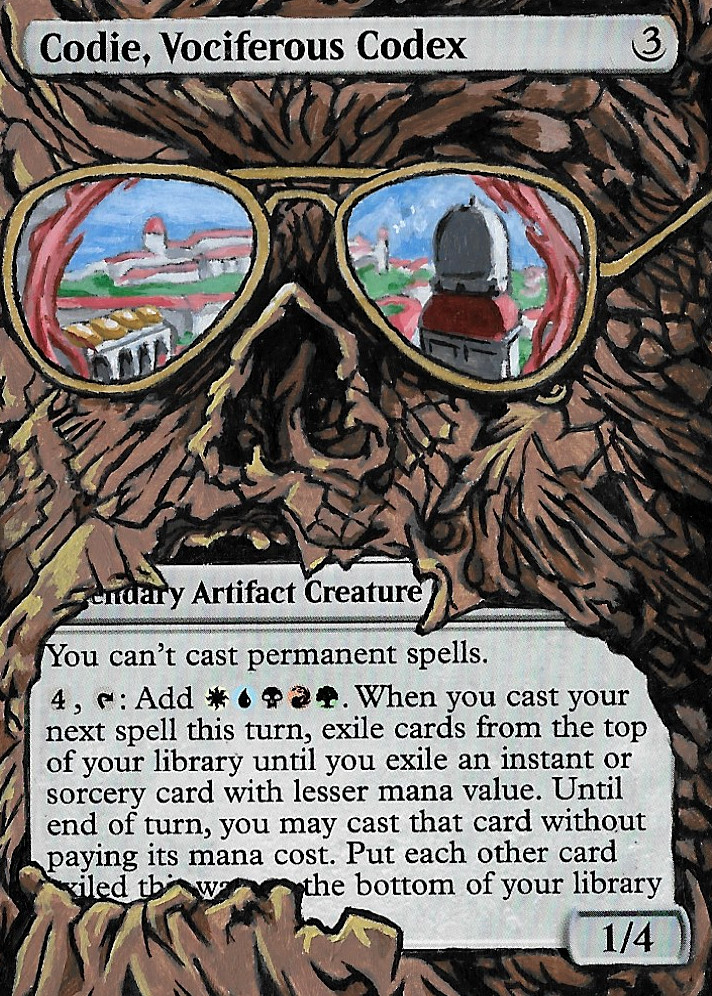 I am always looking to improve my list and welcome all constructive criticism, questions, and suggestions. I try to get back to all comments as quickly as I am able.

Yes I know that I have made a permanent storm deck that uses a commander the shuts off the ability to play most of the cards in the deck. But hey it isn't called a glass canon for nothing.

Years ago I ran a janky Xira Arien Warp World combo deck. That deck revolved around casting Warp World over and over again until the deck had a very large field with haste and opponents didn't. This is possible because my Xira Arien deck ran very few non permanents and most of the permanents it ran created more permanents.

A lot of the elements from Xira Arien have carried over to this deck. However this deck is more consistent then Xira Arien. The reason for this is that Warp World is 8 CMC and one counter spell ruins our day. The way the deck used to be doesn't work anymore because of the increase in power level of commander.

Cue the lovable walking codex Codie. Codie lets us cheat a one sided Warp World, the newly printed Glimpse of Tomorrow, into play a lot quicker then it would take to hard cast Warp World.

From there if the combo doesn't whiff the deck can start looping Warp World to win the game.

What is the Combo?

How do we start the combo

Below are the spells and ways to get them:

Fling in the Ring