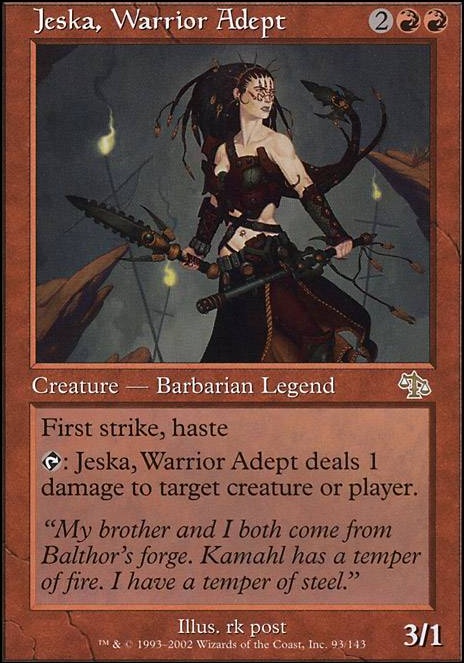 PUZZLE UPDATE: I made a complementary series of simple puzzles to help teach combat basics to beginners, featuring the cards from the green and red beginner teaching decks. View the PDF I shared on Google drive here: link

This series of casual decks is designed to teach Magic to new players in the best way possible. Each color deck is a "real" constructed deck: the card choices are very deliberate and work together to highlight a play style typical for that color. The new player is meant to start with the and decks. As they learn the game mechanics, they then progress to play the other colors, which increase a little in complexity. A LOT of work has gone into balancing the decks, so that any one of them is an interesting match-up against the others.

Credit goes to massivecreature. His approach and his red and green decks on reddit link served to guide the rest of this project.

How To Play the Decks Show

The idea is to play against the other decks in the set. I have playtested them extensively against each other (several iterations of every deck against every other deck, I played both sides), and they match up pretty well.

How I envisioned this course:

In the first game, the new player should have the green deck, while the teacher has the red deck. That way the new player can focus on simple stuff like turn steps, mana costs, and damage. For the first game(s), both players should probably play showing their hands. Also, the teacher can sandbag a little by using spells on creatures (a slower game where the green deck eventually takes over the game and becomes unstoppable can inspire further play; getting crushed by a perfectly executed turn 3 combo burst could discourage them from playing altogether). It's not a bad idea for the teacher to make a few poor decisions, to let the new players have some success as they learn; this depends a lot on the people involved.

Once the beginner is comfortable with the green deck, and has faced the red deck, then the teacher and new player can switch decks. Now the new player has to think about timing his red spells to get in the kill. Then, add in the white deck. The new player will pay white while the teacher has the red or green deck. Now the new player has a few more things to keep track of (e.g. what do the anthem effects add up to). This deck is still pretty linear, and highlights thematic variety as much as it introduces a few more mechanics of the game.

Next is the black deck and this is were it really gets fun for the new player. The teacher will have red, green, or white. Now the new player gets to interact with the opponents hand, with his own graveyard, and has destruction spells and a wrath.

Blue is a challenge. This is the first really complicated deck. Playing it successfully requires a good understanding of the rules. I strongly suggest the teacher show the new player the entire deck and walk them through it, maybe even playing a game showing their hands. The teacher should probably have red, green, or white. Playing against a control deck (blue or black in this set) can be exhausting. Finally, the new player sees the multicolor decks. These add a lot of new mechanics, and by the time the new player can steer these decks, they have become a passable MTG player. They have been exposed to most of the basic mechanics of the game and have seen a variety of playstyles. Hopefully they had fun and got a good feel for what the game is about.

After that, teacher and player can play against each other with any of the decks they choose. Obviously, they can fall back on prior decks as they progress. For example, if you want to try extra games with red, green, white or black before introducing the blue deck, then by all means do so.

This deck: style and choices

Gameplay becomes a little more complicated with this deck. Primarily it is an aggro deck trying to cause fast damage to the opposing player, but on rare occasion may need to use a spell on an opposing creature. There is also decision making about when to pull the trigger on the Rush of Adrenaline and Assault Strobe combo. There is synergy between Spark Elemental , Goblin Arsonist and Traitorous Blood with Collateral Damage . If the first few turns are ineffective, Traitorous Blood and Disintegrate provide late game options.

The deck has a mix of sorceries and instants which helps highlight the functional difference between the two.

This deck diverges a bit from massivecreature's version. He included the Minotaur Aggressor and Stone Rain . Both of these do not serve the aggressive nature of the deck well. If the game ever went to seven turns, red should already have lost. Instead I added Kiln Fiend and Spark Elemental . Both are a little more expensive, but allow the deck to perform more aggressively, and fit the archetype better. Without these cards, the red deck was consistently losing to all the others. Searing Blood is an excellent card but I needed to move something out to complete the changes, and this had the most complex rules text. Fireblast is actually a great card for this deck, but not worth the price, and in my opinion the art is inferior to other choices.

I considered adding scry to this deck with Magma Jet and Titan's Strength , as it would help strengthen it against the other decks, but it seemed a bit confusing this early in the set and is more fundamental to the blue deck later.

Enrage has excellent art and flavor, but just doesn't fit the deck well and the cost is more confusing than necessary. I would have loved to have put a dragon in the deck for flavor, perhaps Flameblast Dragon , but it does not fit the aggressive approach the deck at all

MTOG can actually be a good way to introduce a remote friend to the game, and the digital decks are dirt cheap. The client help teach the turn step and helps understand the stack better. However, a few cards that are cheap on paper are expensive in MTGO (make sure you look at all editions; some are cheaper). The replacements below are suggested for MTGO play:

Art is subjective to personal taste. Here are my suggestions for artwork:

Links To Alternative Deck Suggestions Submitted by Others

For a fun video introduction to the rules of MTG, check out this video:

It is a bit fast paced, but it covers just about everything.

Fire From the Sky

The Fox and the Firebreather