Update 15th of November: I'm back to playing Angel of Glory's Rise, but Lab Maniac is no longer part of the deck. The win con section will be updated at some point.

Breakfast Hulk Primer: I Win the Game - All Meat, No Eggs. (WIP) 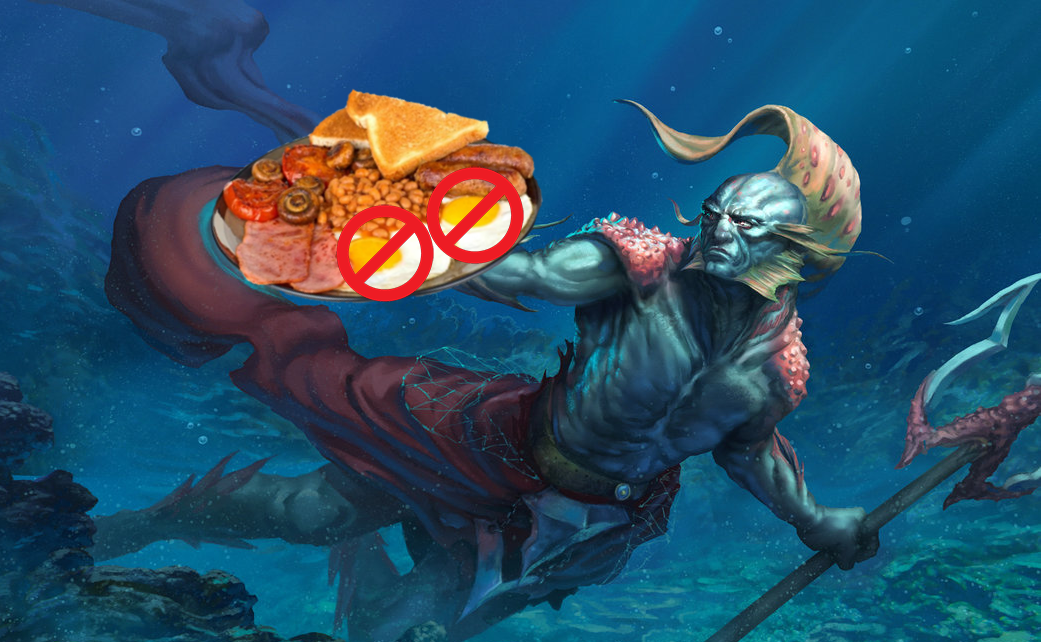 Breakfast Hulk's biggest strength lies in being able to play the two most compact and mana-efficient game-winning combos in all of cEDH: Hermit Druid and Flash Hulk. On top of these two combos, the deck's suite of win conditions is rounded out by several backup plans that can win through the type of hate we're otherwise weak to and let us play a slower game if need be.

Banned in Legacy, this seemingly innocuous recluse could be considered a one-card combo. With the way our deck is built to not include any basic lands, a single activation of Hermit Druid sends our whole remaining deck into our graveyard in one go. From this position, we can win the game on the same turn. Here's how it goes:

If you feel like you need extra protection here, you can cast Grand Abolisher from the graveyard here, as this copied Muldrotha does not need to use its ability to play a creature before the original Muldrotha enters again.

This is a loop that can be used to net every time we execute it. Once we have an arbitrarily high amount of Blue mana, we can start filtering it into Mana of any colour. Now that we have infinite Mana, what can we do with it? Thrasios, Triton Hero has an activated ability that only requires Mana to let us draw cards. This means that we can translate infinite Mana of any sort into infinite draws at any point. What can we do with infinite draws? Let's see:

A cEDH Discord specialty, the intent behind this win condition is to minimise the amount of slots that don't serve any purpose outside of being a combo piece (think Laboratory Maniac ). This can be useful when we don't have access to our Lab Maniac anymore. Here's how it goes:

The result of this combo is that we have a lot of 2/2 birds and most of our deck in hand. All we need is for the turn cycle to go through so we can attack for the win. If our opponents try to interact with us during their turns, we have a lot of Counterspells and other interaction at our disposal. The way this combo can be shortcut goes as follows:

After that, we play out the final turn cycle. If we are somehow stopped at this point, we can restart the loop on our next turn. If not, we wait until it's our turn again and go face with a board full of birds. GG!

If you're uncomfortable with having to pass the turn to win off your Twister/Journey loops, you can slot in something like Ebony Charm as your outlet. It drains an opponent for 1 Life with each iteration, which will let you win on the turn you go off. Generally speaking, anything that will remove your opponents' Life or library in some form can serve as a loop outlet.

Another method of winning (thanks to tw0handt0uch for pointing it out!) on the same turn is by looping Deep Analysis instead of Swan Song , making every opponent draw their deck. Of note: Deep Analysis will only work with the Memory's Journey loop, as it aims to make our opponents draw their decks. Timetwister prevents that, as it shuffles everything back.

Special thanks to Kahno for pointing out another Twister Loop option: With our whole deck in hand, we can cast Cabal Therapy to discard Deathrite Shaman . After that, we reanimate him with Postmortem Lunge / Shallow Grave , use his second ability to make each opponent lose 2 Life, cast Abrupt Decay on our Shaman, and then shuffle everything back with Timetwister and repeat that until everyone else is dead. Note that this line will only work if your iteration of the deck has Postmortem Lunge and/or Shallow Grave .

Due to the somewhat risky nature of some of our Muldrotha wins, casting Silence or Grand Abolisher before or as early as possible during the combo is highly recommended. Also, please note that Deep Analysis, Shallow Grave, and Postmortem Lunge are not in the current version of Breakfast Hulk. We mentioned these loop outlets here in case you want to build your own version of Breakfast Hulk that includes one or more of these cards.

Also banned in Legacy, Protean Hulk 's unbanning on the 24th of April 2017 has caused a big shake-up in the world of competitive EDH. This two-card combo is our second main win condition and the deck's namesake: We use Flash and Protean Hulk to find the Cephalid Breakfast combo, which also lets us mill our whole deck. Here's how it goes:

Three of these creatures will be used in the following steps of the combo, while Grand Abolisher shuts off most of the cards that could interact with us.

While these two combos are Breakfast Hulk's main avenues to victory, the deck sports some alternative win conditions that we can use in different situations. We'll get into when and how to go for those rather than Hermit Druid or Flash Hulk in the Gameplan segment. For now, here's a list of what they are and how they work:

A cEDH and Modern all-star, these two cards let us draw our whole deck without requiring access to infinite Mana. While this combo doesn't win the game immediately, it serves as a strong setup for any of our combos. Post ANAG ( Ad Nauseam â Angel's Grace ), we can:

1. Cast Laboratory Maniac and a draw spell to win.

An important note here: We need to jump through a few hoops to get to where we want to be. We still lose life from Ad Nauseam , we just don't lose the game. This means that post ANAG, we'll be at a negative life total, which prevents us from paying Life as a cost for anything. This means we can't use Force of Will , and if we pass the turn, we lose the game. Since passing the turn is part of our Twister loop win, that's not cool. So what do we do? The answer is surprisingly simple: Nature's Claim . We do the same thing we'd do with Swan Song , but instead of making infinite birds, we gain a lot of life so we're above zero when we pass the turn. Here's how it's done in detail:

This one's a bit cheeky, but here's how it's done:

One thing of note regarding all the ANAG lines: They become much safer to pull off if we cast Silence and/or Grand Abolisher before we go for the win. We recommend doing this whenever possible, since the Muldrotha-based lines in particular are very all-in.

Apart from these main and backup lines, there are a lot of other things we can do if we mix and match all these different win conditions. If we have, say, a Silence, a Cephalid Illusionist, and a tutor, we can find Nomads en-Kor and do a Naked Breakfast combo. We can do the same with Muldrotha if we find the appropriate pieces/tutors. This deck really can win in a ton of different ways, and most of them require few cards and little Mana.

Maybeboard cause TO is messed up right now:

Quicken goes in for the instant-speed win via Flash Hulk -> Breakfast Combo + Spellseeker to find Quicken for Dread Return. Full credit to Redshift (https://tappedout.net/users/IIITheJManIII/) for discovering this extra sweet piece of tech.