Alesha is going to take a binder nap for a while starting 2/18/22. Mana base & other components will be recycled into Isshin

Evolution of this deck

I love Alesha plain and simple. She is the first commander that I took a very detailed dive into once I started brewing decks more seriously. I think she is also the first deck that I built from scratch that wasn't an upgraded pre-con.

In the past almost two years since I first created Alesha, she's undergone a couple of major changes in themes and focus. With each new iteration, this deck became leaner and more focused as I honed in on the combos I thought were most viable and flexible, and learned how each iteration fared in my play-group's expanding and changing meta.

This version of the deck ran Karmic Guide + Reveillark + Goblin Bombardment / Altar of Dementia as it primary combo win-con. At the time, Buried Alive and Final Parting were the tutors utilized to find and assemble the pieces.

Since I was a fairly new EDH builder at the time, I was still getting a feel for how to balance different themes that push and pull on each other, as well how feasible it would be to get repeated value out of creatures with interesting ETB effects, but high CMC and 2 power. I think I tried too much of an ETB-matters tool-box to get a proper focus in that regard, and over-estimated how reliably I could swing with Alesha every combat.

Although the deck was able to occasionally threaten a combo win or knock off an unsuspecting player with an unblocked, Alesha-reanimated Master of Cruelties, the smaller creatures had a harder time getting through gummed up board-states. I also grew tired of jumping through hoops to reanimate cutesy creatures like Master of Cruelties, which ultimately painted a large target on me.

Over the course of the next few months, the deck slowly transitioned from being combat focused, to utilizing creatures which generated tokens on ETB, and Aristocrats enablers and pay-offs to grind up my tokens. Gone were the Master of Cruelty and Raving Deads, and in were Seasoned Pyromancer, Siege-Gang Commander, and Sling-Gang Lieutenant.

To trim down on the average CMC and improve the likelihood of drawing into answers and combos, I also cut cards like Final Parting and Moonlight Bargain for cheaper, and repeatable cards like Skullclamp and Hazoret's Monument.

I also expanded upon the combo-lines in the deck, and added cards which could fit in with the extant combo pieces. Kiki-Jiki, Mirror Breaker was a notable addition for its synergies with both Karmic Guide/Sac Outlet loops and Alesha's reanimation ability. The Murderous Redcap + Anafenza, Kin-Tree Spirit + Sac outlet combo replaced various combat shenanigans from the previous iterations.

The more I played this iteration of the deck the more I realized that the token generation effects felt lackluster. I was often faced with the dilemma of utilizing my board of tokens for chump blocks to keep myself alive long enough to combo, or to sacrifice my board to dig for answers when possible and leave myself open to swings. I grew to wish for effects that either helped me assemble combos, and protect them by disrupting interaction.

After playing the deck in versions that were more focused on combat and token production for Aristocrats shenanigans, I wanted to try making it more stax/hate focused. The combos are honestly a more primary game plan now, and the tax/hate effects are another means of protecting them and slowing down the table to make it possible.

This deck has a few different infinite loop options available to help close out grindy games. These combos can be completed by using any of the recursion effects available.

Other Alesha Decks that I used as Primers

Here are a few other Alesha decks that I used for inspiration. One of them had a pretty in-depth write up on card choices. 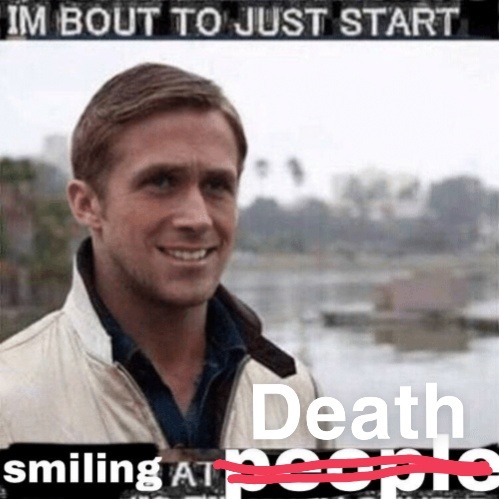 I'm going to give this deck a break and reuse pieces of it to build my Isshin, Two Heavens as One deck. Very excited that my Alesha deck has such an exciting successor. I think distance will make the heart grow fonder with Alesha, and I'll have an even better idea of how I'd like to rebuild her the next time around.

Alesha, Who Keks at Cringe