They say bearing the shield of the pariah is the highest honor a Boros can receive, as well as the the last... 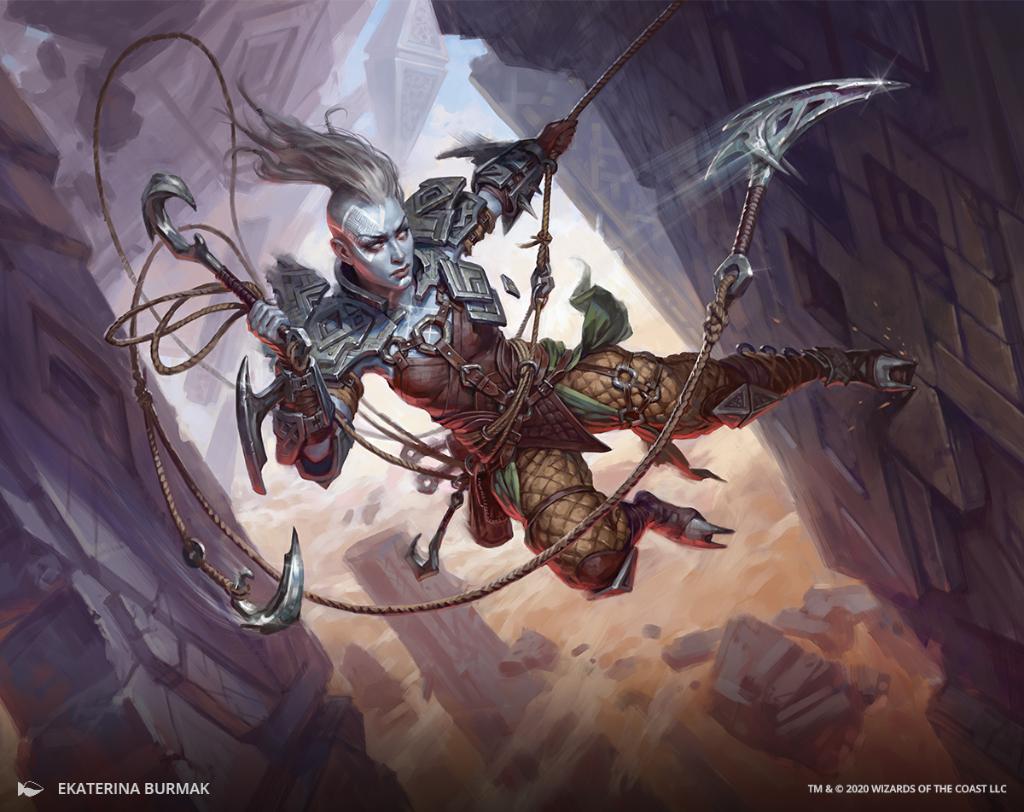 Hello there and welcome to my Akiri, Fearless Voyager build

This deck did not start with Akiri in mind. It started with the desire to break the card Command the Dreadhorde. Unlike its inspiration Reanimate, Command the Dreadhorde deals you damage, it does not make you pay life. In my eyes, it was begging to be broken... At first I thought combining it with damage prevention would be cool, but what if I could redirect that damage to an opponent through a Pariah's Shielded Brash Taunter? Now we're talking!

This line of thinking excited the janky part of my brain, and a Compulsive Research followed. I learned of the ways to break a card like Brash Taunter, found out that Guilty Conscience and Repercussion are a thing, that this could be the deck where I finally get to play Arcbond, that people have tried to break Volcano Hellion in a similar way in the past, and that Wheel of Misfortune has the same potential...

I went for a Zurgo Helmsmasher build first, but learned the deck I was leaning towards desired very few black cards apart from Command the Dreadhorde. Then Akiri, Fearless Voyager became the obvious choice. Janky combo decks need a lot of card draw, and this particular janky combo also needs indestructible and uses equipment. A perfect match! 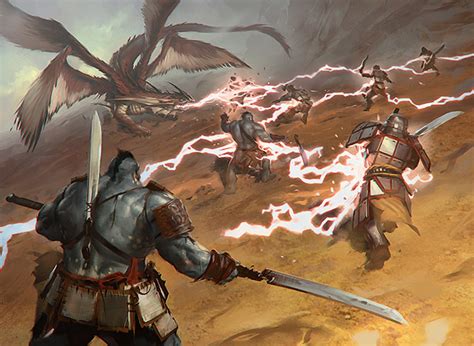 With this deck I'm basically trying to find and combine 4 type of effects:

These 4 effects together send a huge amount of damage ricocheting around that can either knock out a player, or create an infinite damage loop that kills all opponents. Some of these damage loops require us to deal 1 damage to ourselves to start the avalanche, which explains the many pain lands included.

However, we don't need all the pieces to have fun with this deck, as combining just a small selection of them can already create a big tempo-swing (e.g. Gideon's Sacrifice + Blasphemous Act leads to a one-sided board wipe), or pose a challenging riddle for the table to solve (e.g. an indestructible Protector of the Crown makes you very hard to kill while you can no longer lose Monarch).

What I find fun about this set of combos is that most of them aren't very efficient, and that there are a lot of different pieces that can be combined in different ways. That makes playing this deck feel like solving a puzzle, and it's a different puzzle every game. Plus it's just hilarious to choose an arbitrary high number for Wheel of Misfortune because you know that damage isn't gonna go where it's supposed to.

I like that Akiri brings a type of gameplay to this combo package for which I did not have a deck yet, which is equipment aggro. In the early and mid game, we're trying to get a few cheap creatures in play and equip them to get attacking and draw cards with our commander. Most of the time, weâre just a regular Akiri equipment deck, as this is our primary way to dig for pieces of one of the many damage-ricocheting combos. Even if we donât manage to find a combo, the deck can still be threatening, but itâs hilarious when we do and suddenly turn from an aggro deck to a janky combo deck. This game plan does mean that we canât go overboard with the amount of do-nothing combo pieces, for it would hinder our ability to draw into our win conditions.

Akiri wants us to get creatures down asap, equip them and swing every turn, while keeping up a to protect them from a lot of dangers. So in addition to ricocheting damage around, this deck is also built with the ability to zip-zap equipment from one place to another. Equipment classics like Puresteel Paladin and Hammer of Nazahn are good examples and cheap-to-attach equipment like Lightning Greaves and Shuko help the deck to keep creatures on the board.

A deck building challenge that Akiri presents though is balancing the amount of creatures and equipment. Akiri's draw engine doesn't work if we have one but not the other. So for most of our ramp, hate, protection and card draw needs I tried to find options that are either a creature with evasion (like Soltari Visionary, Selfless Spirit and Remorseful Cleric), or an equipment (like Mask of Memory and Sword of the Animist). Combo pieces that fit these roles are extra valuable as well, such as Embermaw Hellion and Fiendlash.

In a similar vein, cards that can provide both are pretty good as a result: Kaldra Compleat enters with a creature to attach to, letting us draw a card right away. Toggo, Goblin Weaponsmith is a creature that can get us many equipment, while also presenting a pain source and powerful synergies with Puresteel Paladin and Inspiring Statuary. Toralf, God of Fury Â  can be one or the other and also provides synergies with our massive damage spells such as Blasphemous Act. 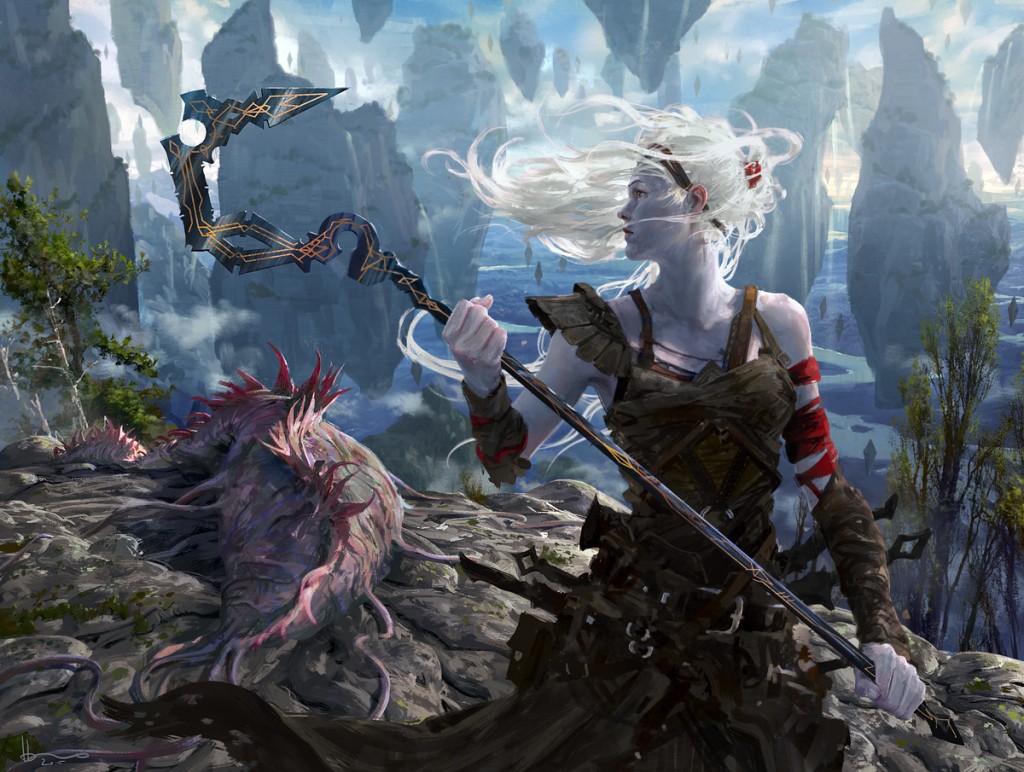 We're also running many equipment tutors as well as Sunforger to find some of our combo pieces. However, because of this delicate balance between equipment and creatures, there's not that much room for an extensive Sunforger instant package here.

If we are set up, Akiri is going to draw us a lot of cards, so weâre going to need all the help we can get to ramp our mana and dump our hand. Sword of the Animist, Sword of Feast and Famine and Inspiring Statuary are classic ways to ramp in equipment decks, Goldspan Dragon gels well with our aggro plan, Talisman of Conviction and Mana Crypt are extra sources of pain, and you canât go wrong with a card like Smothering Tithe.

Another ramp strategy included here is the less lands matter theme, which Iâve described in detail at my Mazirek deck. I also wanted to include this theme in a white deck because historically it's the best color in gaining value from having fewer lands than your opponents. Land Tax and Tithe come to mind as classic examples. What's nice though is that lately white has received sneaky ways to not only catch up on lands, but also to get ahead on mana in this way.

Lotus Field, Boros Garrison, Guildless Commons and Urza's Saga are the lands in this deck that get you behind on land count while not getting behind on mana. All these lands combo well with Keeper of the Accord and Archaeomancer's Map because catching up on lands now means getting ahead on mana, assuming your opponents don't also have many lands like these (note that they also combo nicely with Strict Proctor, but adding it here did not work out for me in the end). Other synergies include Path to Exile - which downside can now be an upside sometimes - and Lotus Field - which has nice interactions with Flagstones of Trokair and Thespian's Stage. Weathered Wayfarer allows us to find several of these lands in succession and giving us great ramp options in addition to the other ramp pieces in the deck. 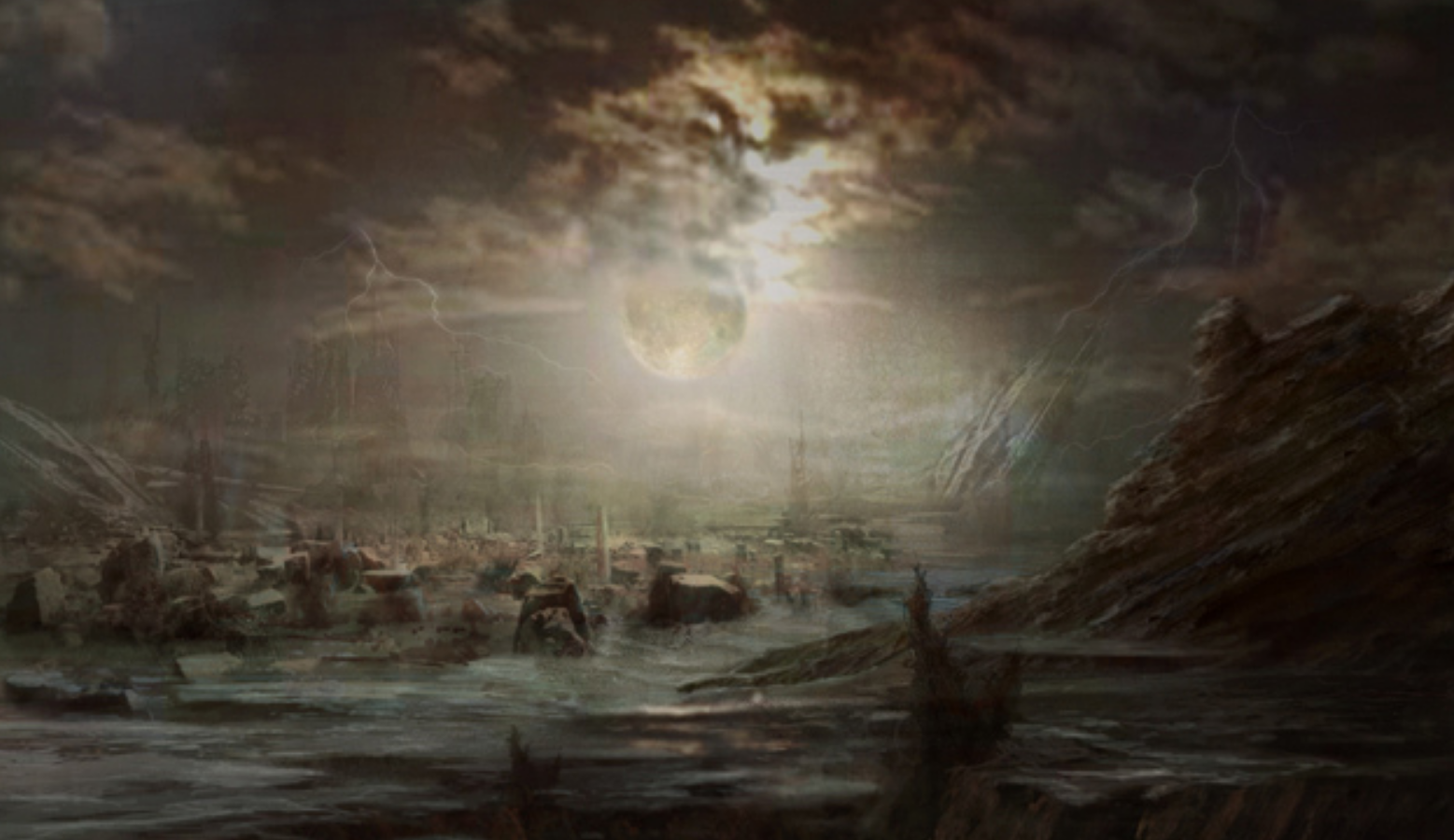 I really think this subtheme is a powerful include in many white decks. Itâs also a lot of fun! It makes some of your land slots do more than just grant a mana, opening up more lines of play on top of your main plan.

When digging for cards with Akiri, these are the combos we're trying to assemble:

We can mimic a Brash Taunter with another "hit me" creature and our commander. And Sunforger can get Arcbond and Gideon's Sacrifice.

This deck is trying really hard to make very inefficient combo's work while playing equipment aggro. So it ain't the best out there :). And that is the intent. This deck is built to be fun to play and play against in the average LGS game.

I'm pretty happy with where this deck is at right now. It has become a lot more powerful actually than I expected. If you have any tips or thoughts to make this deck better I'd love to hear them in the comments below! And feel free to upvote the deck if you like it :).