Blessed be the Suicide Squad 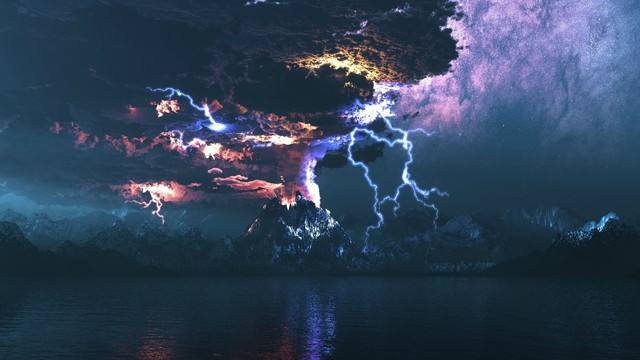 This deck is I would personally say is my second true commander deck. I've had this deck for a very very long time, and there have been many different iterations of it.

The deck has always been focused on creatures like Ball Lightning throughout every version. The first iteration of this deck was lead by Adun Oakenshield, I loved the fact that Adun Oakenshield was a commander on the reserve list, but the deck was too slow, the activation is to expensive to simply return the creature to the hand. Additionally, since Adun is a 1/1 he was very difficult to protect and keep alive.

Then, Korvold, Fae-Cursed King was printed and I was really hyped. I added a lot of way to sac things (especially lands) and the deck was very strong. However I had a few issues, the deck created WAY too big of a target on my back, especially for a deck that loses creatures every turn. Also, the deck sort of became a tron deck where and I always won through commander damage with Korvold, and I didn't like that. The whole point of this deck is to win through cards like Ball Lightning so it was time for another change.

Enter Ravos, Soultender + Tana, the Bloodsower this combination was a great, I didn't really care for using Tana, but Ravos, man Ravos was fun. I now had access to white in the deck, and boy does white really improve the suicide squad. Spark Trooper, Athreos, God of Passage, Recruiter of the Guard, Saskia the Unyielding, and Iroas, God of Victory. The deck was now extra spicy.

And yet, I still felt like the deck had it's flaws. Turns out having Tana, the Bloodsower sitting in the command zone doing nothing (except taking up a slot in the 99) really sucks. Additionally, one afternoon I was playing when an opponent used Teferi's Veil and I nutted everywhere when I realized how broken it would be in the Suicide Sqaud deck. It was then that I decided to make this deck a Kenrith, the Returned King deck, as he has recursion for one of the activations, and because I could add blue to the deck.

Then we come to the final and current commander for this deck, Horde of Notions. I found that Kenrith had no flavor for the theme of the deck, additionally I felt like people were target me early game since Kenrith can be a very competitive commander. Kenrith put to big of a target on my back.

When I switched to Horde of Notions I decided to lean more into the elemental tribalness of the deck, since most of the Suicide Squad creatures are elementals. I added Kindred Discovery, Mulldrifter, Cavern of Souls, Primal Beyond, Unclaimed Territory, Flamekin Harbinger, Risen Reef (S tier card in this deck), Cover of Darkness, Arcane Adaptation, and Molten Echoes (also S tier in this deck).

The Suicide Squad consists of 9 creatures that sacrifice themselves on the end step.

Lightning Skelemental This is my favorite Suicide Squad member. Not only can you repeatedly slap your opponent in the face for 6, you can also add insult to injury by making them discard two cards. With the right amount of recursion on the battlefield, this can make your opponents life a living hell. Which is pretty much my goal.

Ball Lightning, Arc Runner, Groundbreaker These three Suicide Squad members do not really have anything super unique about them. They are all 3 cmc and they all slap face. Not much else to it. Plain and simple, as it should be. The only issue is that Arc Runner does not have trample, but that is okay. We still love him.

Blistering Firecat For extra mana compared to the other suicide squad members, you get a 7/1 instead of a 6/1. Every point of damage counts when you are slapping face, and this furry boy sure does slap. On top of the extra damage this feline also has morph if you want to surprise your opponents.

Hell's Thunder First off, amazing name for a card. While he is not a 6/1 or a 5/1 he does have flying and in many situations this can be really useful. Additionally, he has 4 toughness which can be good if an opponent has ways to give your creatures -1/-1s. This is the only Suicide Squad member with flying which I find valuable.

Shizzik Probably my least favorite of the suicide squad, I like to think that all of the Suicide Squad members absolutely hate him. It is a 4 cmc 5/3 and you can pay an extra to make it so he does not commit suicide at the end step. I almost never pay to keep it in play because the deck has so much sacrifice and creature dying value.

Hellspark Elemental The only two drop of the suicide squad creatures, this cards pretty fun to use, it has unearth as well which is pretty nice. It can be strong with either Ambuscade Shaman or Primal Forcemage in play.

Lightning Serpent This card can be pretty fun when you have a ton of mana, it has an x cost so it's like a mini Kessig Wolf Run

Putrefax This card can be super brutal to play against, while it's a high 5 mana to cast, it has 5 infect which can lead to some surprising ways to win the game that opponents wont be ready for.

Spark Trooper The NEWEST member of the Suicide Squad. This creature I've always wished did not have white in it, but now that I can use this in my deck, I love this creatures. It is a 6/1 for 4 cmc with trample, and more importantly, Lifelink. This is a huge addition to the deck.

How to Get Value From Creatures That Kill Themselves Post Combat When all of your strongest are either going to die or have died, we need to capitalize of off that. These creatures sacrificing themselves needs to be seen as a good thing rather than a bad thing.

Grim Haruspex and Midnight Reaper both grant card draw when a creature you control dies. Though, Midnight Reaper does spit in your face for one damage every time this happens. But it is still worth it.

Additionally, When you know that your creature is going to die on the end step Skullclamp is extremely strong.

Greater Good This card is absolutely insane. You can draw so many cards so quickly. I even purposely left Reliquary Tower out of this deck so that I can put tons of strong creatures in the graveyard for recursion.

While a 6/1 creature is pretty big, this is not nearly enough damage when your opponents start the game at 40 life. We gotta bulk these bois up.

One of my all time favorite cards in this deck is Primal Foremage he essentially buffs your creatures for a short period of time when they ETB. But with cards like Ball Lightning and Groundbreaker it does not matter if the +3/+3 is only until end of turn, because you will be focusing on slapping faces.

Berserkers' Onslaught is also a force in this deck. When all of the creatures have double strike someone can very quickly go from 40 to 0 life real quick.

Of course this deck wouldn't slap so well without Xenagos, God of Revels. When this card and Berserkers' Onslaught are both in play, you pretty much become a god.

Then there is Ambuscade Shaman who is just a worse version of Primal Foremage, but when they are both on the battlefield together it's pretty deadly. The suicide squad get's +5/+5 on ETB.

Gisela, Blade of Goldnight is a huge win-con card in this deck it makes the creatures insanely insanely strong and makes your own life total impenetrable.

Lastly, Grafted Wargear is another card that I hold near and dear to my heart. The fact that it has equip is huge.

Recursion is very important for this deck, there are several ways to return things from the graveyard to play. There are also a couple of ways to prevent creatures from even going to the graveyard.

Feldon of the Third Path is a classic recursion creature. For just three mana you can return a token copy of a creature to play, and that's value.

Phyrexian Reclamation is a bit slower than Feldon, but it is still fairly valuable. What's great about returning the creatures to your hand is that you can recast and trigger all of the "when you cast a creature" or avoid "non token creature" effects. It's nice holding up 2 mana and activating Phyrexian Reclamation on an opponents end step.

Sevinne's Reclamation is filthy with such a plethora of creatures / permanents in this deck. What's great is when I use it, it almost grantees a Suicide Squad creature ETB'ing for 3 turns in a row.

Teshar, Ancestor's Apostle is also a really really powerful card in this deck due to the fact that 29 of the 39 creatures in this deck are 3 cmc or less, and also there are 18 (excluding Teshar) historic spells in the deck, so there are plenty of opportunities to trigger it.

Thunderkin Awakener May be one the best, it's very simple and synergies so well with the Suicide Squad creatures. He's also very easy to keep safe if you can get Tetsuko Umezawa, Fugitive in play because he has 1 power. It's such a great card for reanimating the suicide squad.

While playing Magic I ran into an opponent who was using a card called Teferi's Veil. When I saw it, I immediately updated my build to include blue in the deck.

I decided Najeela, the Blade-Blossom would be a good option as the commander because she is 3 cmc or less for Aluren and you can have multiple combats.

Below I'm going to list some of the new blue cards I've added and why I've added them.

I've added this creature because it can copy any of the suicide squad creatures for only 2 mana! Additionally, it works well with Aluren, which is very important for this deck.

I've added this enchantment because the deck is so combat focused, giving the Suicide creatures flying helps get through to opponents for massive damage. It works so well with Berserkers' Onslaught, Cover of Darkness, Gisela, Blade of Goldnight, Iroas, God of Victory, Whip of Erebos and Xenagos, God of Revels.

God damn! This is a beast of a card I had no idea I needed for so long ... this card is absolutely busted in this deck. Every turn suicide squad creatures come back, cards I sneak in with Sneak Attack don't go away after combat, every time I create a copy of a suicide squad creature with Mimic Vat they don't leave play and slowly grow into an army. I'd argue that Teferi's Veil is easily the best card in this deck. It also keeps Flameshadow Conjuring creatures in play.

These cards speak for themselves, the Suicide Squad always get tons of damage in, these cards just help us draw more cards.

This is why you shouldn't play blue in edh