When Witching Well enters the battlefield, scry 2. (Look at the top two cards of your library, then put any number of them on the bottom of your library and the rest on top in any order.) 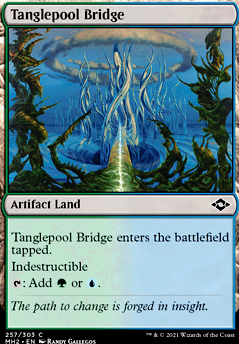 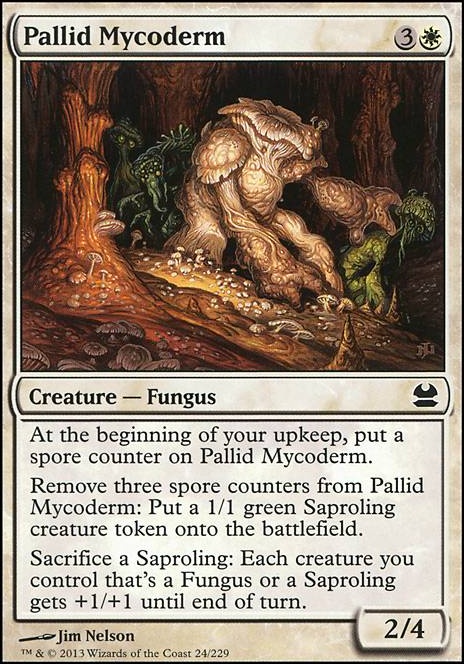 Very Much Blink
by HamburgerKing 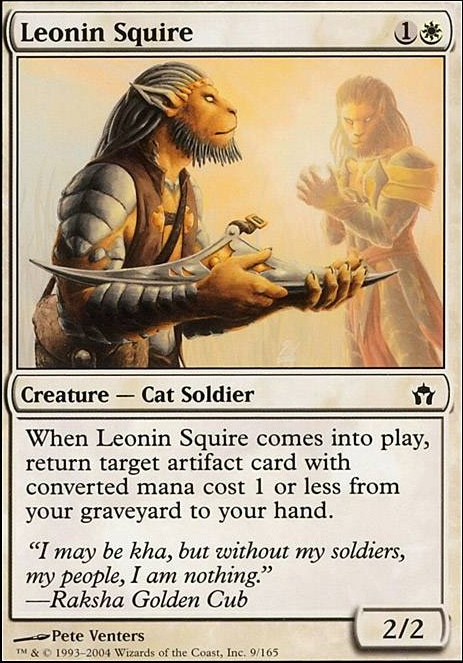 In- Mnemonic Sphere Out- Witching Well

I feel this is an easy one to one swap. Where Witching Well has helped in the past scrying away cards we don't want or finding much needed lands or artifacts Mnemonic Sphere will give us an option to draw a card when we need. The big reason for the switch though is Well was mostly run for both the scry alongside the draw 2 it provided for now Mnemonic Sphere will provided a draw instead of scry along with the same draw potential but at a reduced cost of .

Ill actively be looking at this swap in games and potentially finding another slot to place Well back into.

Afraid to say that Bonder's Ornamentâs soon to be banned - I know itâs not quite a replacement, but I really like Witching Well. Great for early turns, perfectly fine for later, and it has an ETB effect for Cascade!

Neat! Iâm a big fan of Arsenal Thresher, itâs a criminally underrated card I think. If you can cheapen it at all with something like Etherium Sculptor, even better.

Also Witching Well is a nifty lil card, worth considering.

I'm a big fan of Witching Well - perhaps two might fit in here? Could replace Preordain; sucks to lose its draw, but there's already a bunch of other draw in here.

Sorin_Markov_1947: Thank you for the comment! I include Witching Well and Light of Hope for two pretty different reasons, but I assure you they work rather well. Witching Well is vital for finding and filtering the deck in order to get Cubwarden or Huntmaster Liger, as it can scry the top two for just one and then give us the option to draw if we aren't getting the proper lands to cast things like cubwarden, etc. Light of hope is also great because the deck takes a bit to assemble the synergy, and I can end up taking a LOT of damage before I get things out. I also like to include Vulpikeet because when I mutate it on a Cubwarden it can make it a flier, and if my opponents have no fliers I can usually swing in for lethal damage, however, like you mentioned I think it could still be better used in the form of Essence Symbiote , as Essence can be a great blocker before I get much out, and provides both lifegain (if I took a lot of damage while assembling the combo) and power value! With Pollywog Symbiote I've found that I usually have no cards in my hand after I play Cubwarden or a turn after, and then whenever I mutate something I draw, I draw a card and am forced to discard it, getting rid of some stuff I could dearly use. I suppose I'm saying by the time I'm getting into mutating, it's unlikely that I'll end up needing to draw that many cards with the risk of simply having to discard it. HOWEVER, the deck doesn't see too much played on the board at the beginning, and as drawing is vital, I think you are completely right and Pollywog would certainly be worth it, especially since it also reduces costs, AND could be a great blocker- thanks! Essence will go in for Vulpikeet, and Polywog will replace a few lands! Thank you very much!

SnakeByte77: Gosh that slipped my mind, I was working with rare cards on arena (yeah it's a pretty odd system) and I didn't have any rare wildcards, and I just used Branchloft in the meantime and completely forgot. I'll definitely be changing that thanks!