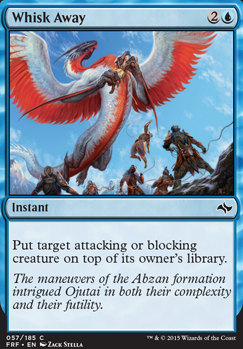 Put target attacking or blocking creature on top of its owner's library. 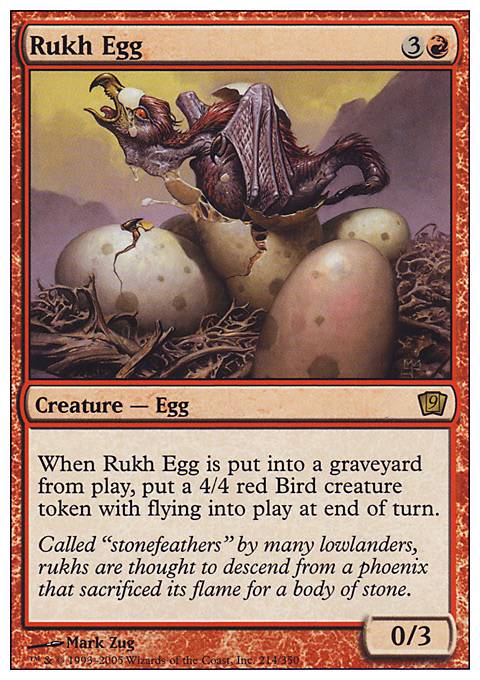 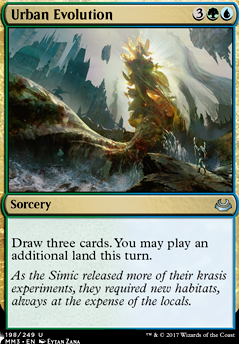 Surpass the Teacher
by ImmortalDusk

Ojutai The Foreseeing
by roarktheurwyvern 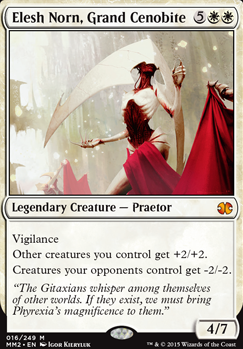 Talrand from Scraps
by Labrodor64

So while trying to find a super budget deck to play. I came across the idea for a prison deck. Grindclock is an underplayed rare, so I decided to make a deck around it. The plan is to cantrip and find Grindclock and then you wait till your opponent plays a creature. Use cards like Whisk Away or Oust (Grindclock on two). Use similar effects and then milling them out of the opponents deck. Use Storage Matrix to lock them out. I don't have any win cons in mind so I would love suggestions for this deck, thank you for reading and have a nice day.

Maybe too much creatures, get solid game enders like Sphinx of the Final Word and play it as your only creature.

All the enchantments are just bad. Diminish and Whisk Away out.

There are ton of options to add:

There are so much more that i'm not going to list everything but there are maybe the best budget options.

And to make deck more consistent don't play so much 1 and 2 ofs, just play 4 of all good cards

how are you going to tap again Night Market Lookout after using Dramatic Reversal? I would try to build a deck looking more at Ingest, maybe adding more control to remove opponent's creature and to give unblockable at your creatures.There are cards like Benthic Infiltrator, Totally Lost, Griptide, Whisk Away, Memory Lapse that may be used togeter to control (i don't know how much of those cards you own or are available for you tho)

Flusterstorm is pretty bad in EDH except in the highest tiers, TBH. I have a copy and I'm struggling to find a deck for it.

Looking at your description, here are some things that might interest you: Anchor to the Aether, Chronostutter, Ether Well, Forced Retreat, Grasp of Phantoms, Griptide, Metamorphose, Repel, Spin into Myth, Submerge, Sweep Away, Temporal Eddy, Whisk Away. There are also a million Control Magic effects, though they usually center around 5 mana (Mind Control, Treachery, Spirit Away, Volition Reins, etc).

You might also want a Braids, Conjurer Adept in here. It should help you get some of those big fatties out of your hand.

Since you've asked for comments, I'll offer these humble suggestions in the spirit of friendly competition. Take 'em or leave 'em, these ideas are merely suggestions.

I like the mission and general feel of the deck. You have some great cards that propel the mill theme, and have synergies among other cards.

I question the inclusion of Disperse over Clutch of Currents. While I sacrifice instant speed, I also cast it for less mana. In the late game for your mid-range combo deck, don't ignore how valuable an awakened, pre-hasted creature can be.

Containment Membrane costs as much as Claustrophobia, or cheaper. However, the former only becomes effective if the creature becomes/is tapped; the requirement shouldn't be too hard in this metagame.

With your interest in casting non-creature spells, and your inclusion of Healing Hands in your sideboard, Student of Ojutai may serve your interests better than Jace, who takes more time to come online. With the number of non-creature spells you hope to cast, you should survive past early damage. At four toughness, the monk is also out of most burn range, whereas early Jace is not even Fiery Impulse-proof.

For reasons that should become clear, I'll close with offering suggestions f Treasure Cruise (maindeck), Dreadwaters and Dazzling Reflection + Student of Ojutai for either maindeck or sideboard. Since none of your creature have 'enters the battlefield' effects, bouncing them to recast seems wasteful; Center Soul and Feat of Resistance are quite inexpensive, while the rebound mechanic gives you a free instant next turn! With mill effects, you may also like more spells like Whisk Away, that does more than Turn to Frog.

My hopes were to offer cards I would want, or consider to playtest before making inexperienced comments. Play and be well!