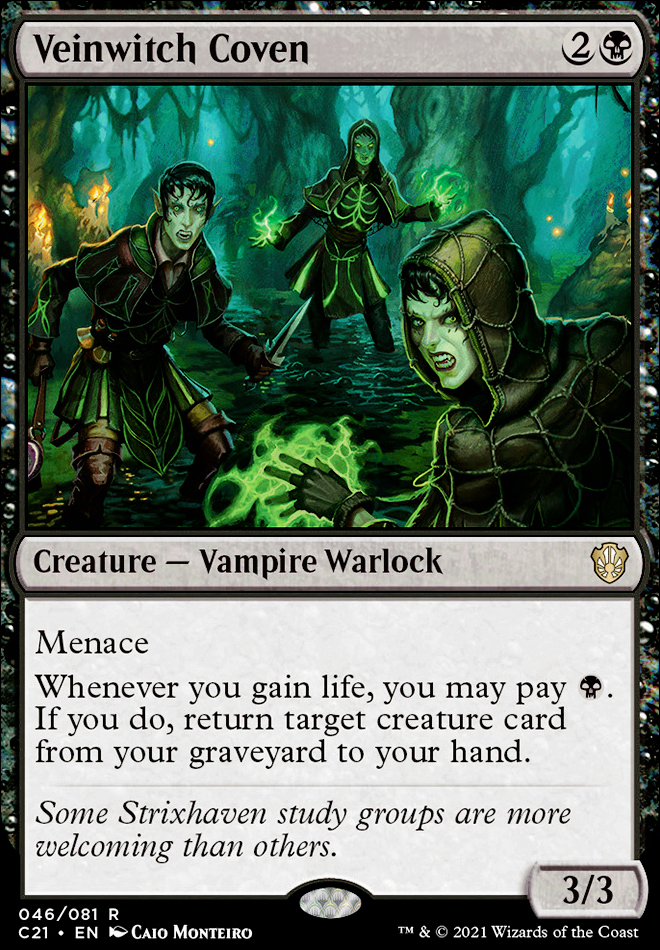 Whenever you gain life, you may pay . If you do, return target creature card from your graveyard to your hand.

I'm here to sit still and gain life
by Sixp

if it bloom it will wither
by Vampire0940 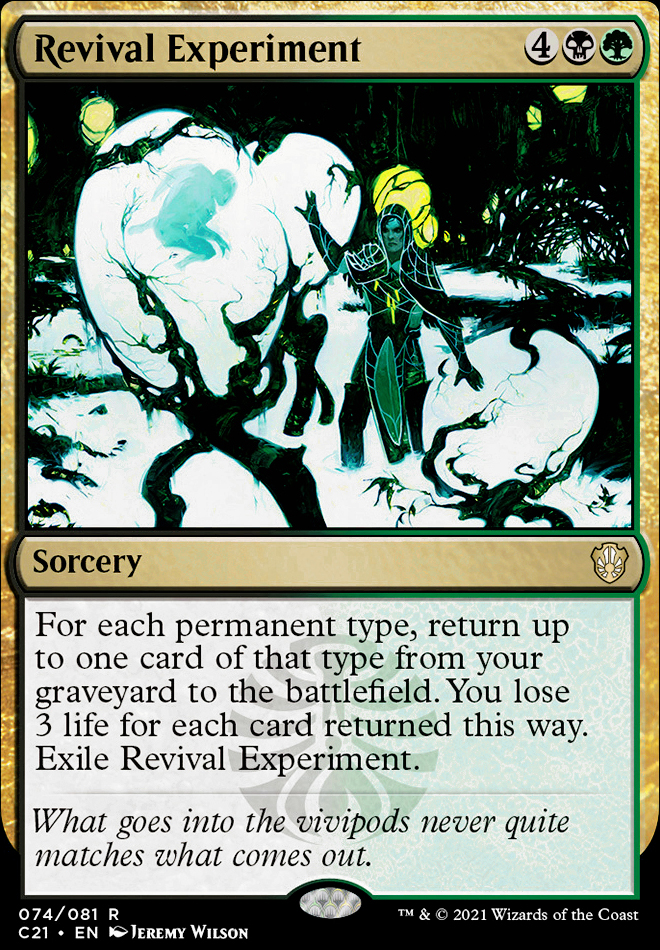 I know you wanted to stay away from vampires, but Veinwitch Coven simply has too perfect of a name to not be included. (That sentence sounded weird. Is the grammar correct?)

BrassLord goodness gracious this'll take a second to go through!

Crypt Ghast seems perfect, that one's going in. Urborg --why not?

Mox Amber seems like it would just draw hate, most of my ramp sits at two anyway so I don't think it accelerates me too much.

Veinwitch Coven looks like fun, I should be able to find a place for it.

Oathsworn Vampire is ideal, 100% going in.

As far as the AltarMantle combo goes, I think I like it! I'll use Callous Bloodmage .

Sensei's Divining Top sure is a good card. I always forget about it, because--to be quite frankly honest--I don't want to buy one. But this is my no-holds-barred deck, so it should definitely go in!

I'm definitely trying to keep the average cmc down as much as possible, but I'll consider Savra .

Thank you so much for taking all that time to make such a detailed comment!