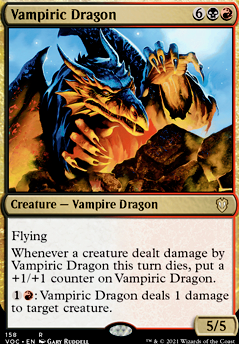 : This deals 1 damage to target creature.

The Dragon Legion Reserve
by mavericktrader77

Kaalia of the Vast
by StealthySandwich 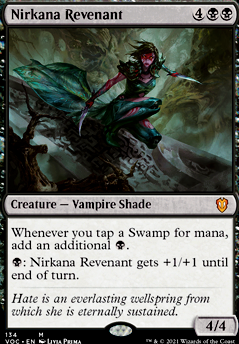 Edgar Markov I would like advice to make stronger

Hello there! personally I'd cut Sunscorch Regent and replace it with Bloodline Keeper Â Flip, and I'd add Welcoming Vampire and cut Vampiric Dragon

greyninja on Creatues That Work Well With â¦ 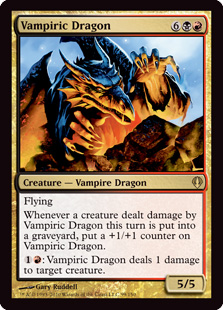