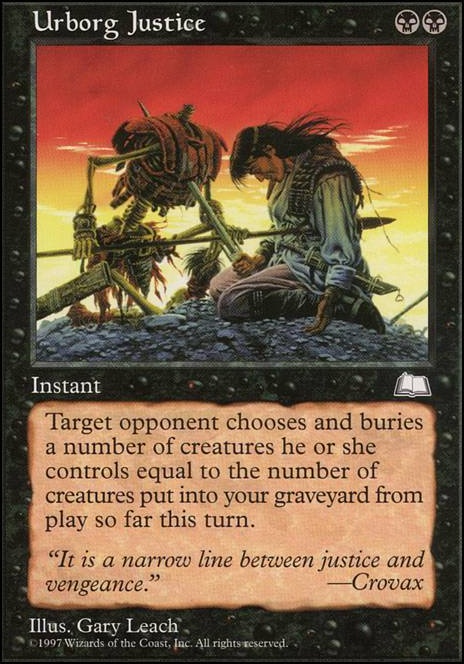 Target opponent sacrifices a creature for each creature put into your graveyard from play this turn. 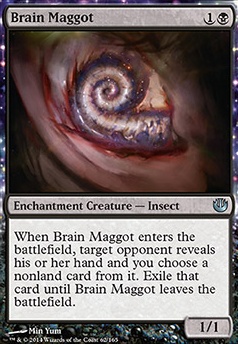 Have you considered running Urborg Justice? An instant speed Grave Pact-like effect can really catch your opponents off guard. Since they don't see it coming, they are much more likely to commit to their board.

If you do end up running it, I would try replacing it with one of your more conditional spot removals like Grasp of Darkness, Dismember, Defile, etc. Good luck!

If you tend to have a lot of other creature-focused decks in your play group, Urborg Justice seems like it could be an interesting card to consider.The instant Grave Pact-like effect might catch people really off-guard!

If you are in the market for more burst card-draw, Liliana's Standard Bearer might get you a nice lump of cards too

Yawgmoth, Blight of the Thran

Thank you so much for your kind words! This is a really fun deck to play (at least for me), and there are some great synergies as well. The moment he was spoiled, I knew I needed to build a deck around Yawgmoth, Thran Physician , and itâs just as mean and effective as Iâd hoped it would be. ;)

I had never seen Urborg Justice before! Thatâs a neat card, and I can see how it would essentially act as a single-target board wipe of sorts. Iâll have to keep that one in mind. As for Morbid Curiosity , the main impediment for me is that what Iâm most likely to sacrifice with Reprocess are tokens, and Morbid Curiosity doesnât interact as well with those, even if it is more efficient. Still something to consider. Iâd love to see your decklist for Yawgmoth!

Yawgmoth, Blight of the Thran

Great deck bro. Definitely a +1 from me.

I'd recommend Urborg Justice and Morbid Curiosity in place of a couple of your instants and sorceries. They're both reasonably priced and more efficient than Reprocess and any of your 2 Mana kill spells. Most of the time whenever I play Urborg in my Yawgmoth deck, it wipes one players board since I'm sacrificing so many creatures. Plus it's an instant which is very valuable.

God call on the mana doubler. I have wanted to put a doubler into the deck for some time now. I do like Zendikar Resurgent because of the additional draw it provides. Maybe this or the 1cmc lower Mana Reflection.

Meren of Clan Nel Toth looks good, but what should I cut for it?

I never had any issues in this deck with getting the 3 black mana for my Grave Pact. I have found that, at least in my meta, Dictate of Erebos' flash ability isn't all that helpful. The decks high curve usually won't let me keep up 5 mana for flashing Dictate of Erebos anyway and I usually only play Grave Pact when I have a free sac outlet like Viscera Seer and thus can get immediate value out of it. If I wanted to play a "surprise Grave Pact" then I guess I'd play Urborg Justice which costs only 2 black mana to cast.

You can Isochron Scepter it though!