Whenver Untethered Express attacks, put a +1/+1 counter on it.

Untethered Express occurrence in decks from the last year

Let's Go on a Voyage
by luslakhan 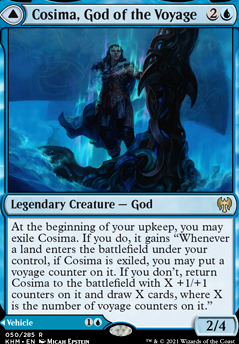 Protect the Facts
by camstew

The Bigger the Ride...
by KllrRoboPenguin 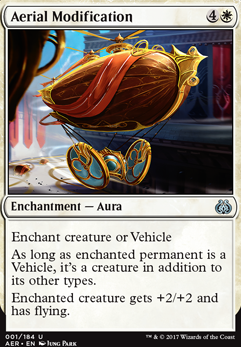 I think Bomat Courier could be really helpful here.

It can crew Aethersphere Harvester or Untethered Express (if you end up running it) and more importantly if unchecked early it can refill your hand with more artifacts and such later on or help dig for Jhoira if you haven't found her yet.

Its a card I underestimated too many times when playing against it. Everyone has cards they love but Merchant's Dockhand is too slow for me personally. I can see its potential usefullness but If I had to cut something I think I would do a 1 Dockhand 3 courier split to see how it went.

Im also trying to find a fun way to run Jhoira. I think I will try going the legendary route though since thats my thing, even though I am sure the artifacts will be the stronger play :) +1 for Jhoira fun.

Thank you for the input GORG291! I'm afraid of having to worry about energy if I do that. Sure, one swing, gaining three life, isn't something to sneeze at, but I can swing in for 10 or more on turn 4 with Untethered Express. This being said, I don't discount Aethersphere Harvester, and I'll probably at least sideboard it over Siege Modification.