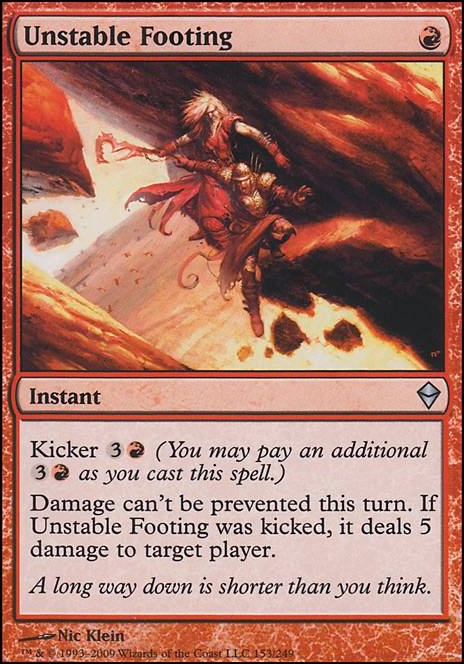 Damage can't be prevented this turn. If Unstable Footing was kicked, it deals 5 damage to target player. 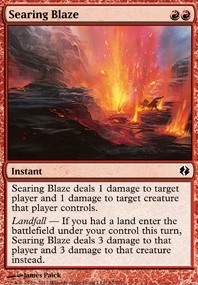 Hallar Back Y'all
by Secretmeat 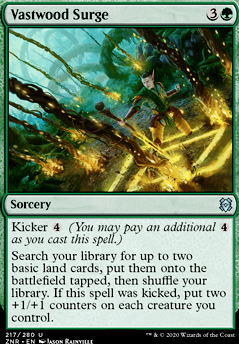 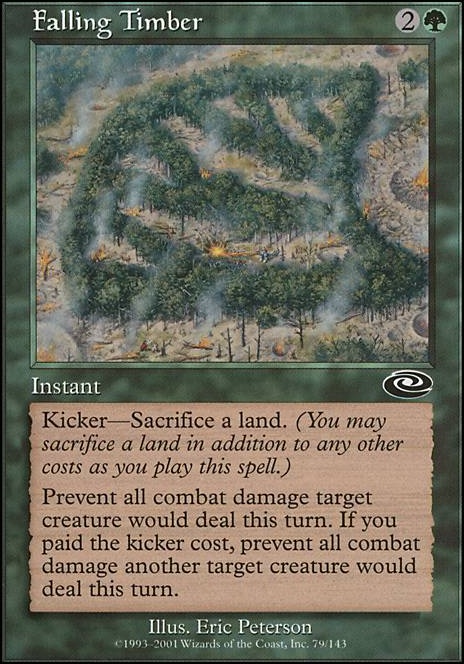 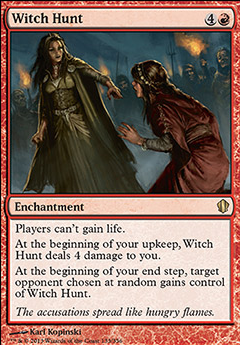 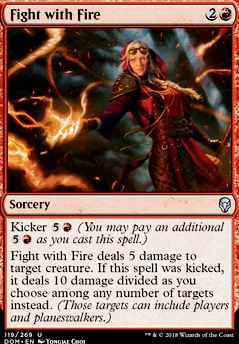 Don't think you need Myth Unbound b/c she's low cost already, I don't think Unstable Footing is good enough even though it's a kicker card. It might make more sense to focus on only the efficient kicker cards, and have more of a +1/+1 counter subtheme (activate Hallar fewer times for more damage). I also don't think Guttersnipe is good enough with 18 spells to activate him. So there are some cuts. Harmonize is good burst card draw, so is something like Greater Good . There's always Sylvan Library if you can afford one - it's not too bad rn.

I have really enjoyed seeing you play your deck on MTGMuddstah. Have you considered Comet Storm, Canopy Surge, and Molten Disaster? It seems that Hallar is really good at nuking all opponents, so effects like these three can hit all of your opponents while also triggering Hallar, plus they can usually survive the Disaster, too.

Goblin Ruinblaster, Joraga Warcaller, Overload, and Verduran Emissary are all strong kicker cards that seem worth testing as well. I love the strategy of focusing on +1/+1 counters and just using the good kicker spells, but maybe you could swap out some of the more situational cards, like Unstable Footing and Sporeback Troll?

Malakyas thanks for the input! I actually had Unstable Footing in the Deck but the people i play with mainly counter the spell itselve so it rarely got used. As to Burst Lightning seems interresting. I will try to fit some in so thanks.

Unfortunately I don't have much in the way of good replacements for the Leyline and Skullcrack.

Witch Hunt prevents everyone's lifegain, but has some interesting interactions as it's passed around the table.

Insult // Injury does a one-turn "damage can't be prevented," which you could try to combo with one-sided damage dealing. It also doubles damage output.

Wild Slash deals damage, and if you meet the Ferocious requirement, it also blocks damage prevention.

Eternity Vessel might appeal to you, as when landfall is triggered, your life total becomes equal to the number of counters on it (which equal your life total when you cast it).

Mostly I'd use those two slots for some red ramp.

Slight correction on the Unstable Footing example, you will have the option to pay the kicker, which is to deal the damage, not a straight .

will be the sum. For example, if both Wizard's Lightning and Wizard's Retort are exiled, you'll have to pay to use Elite Arcanist's ability. On resolution you'll copy both cards, and be able to cast either or both (or neither) without paying their mana costs.

Overwhelming Denial + Unstable Footing will cost you , with the option to pay another to deal 5 damage. You will not be able to pay the surge cost, so any abilities check whether surge was paid will not work.

Rebound is an ability that only applies to a spell cast from your hand, as these copies are cast from exile, it does not apply.

Howl of the Horde is a sorcery and cannot be exiled with Elite Arcanist. It also only affects a spell cast after it resolves, so it wouldn't be able to copy Twincast.

I have no idea what you're trying to do with Exquisite Firecraft.

With Kaho, Minamo Historian, if the ability is copied, you'll end up exiling 6 cards. They won't be distinct, any time you activate the ability you'll choose one of the cards still exiled and cast it. You won't get to cast two unless you copy the activated ability.

I'll get back to you one Mindswipe, my mind is burning out.

When you copy a spell, you keep the mode and target the same. Most things that copy a spell will let you choose new targets after copying, but nothing to my knowledge lets you change modes.

You might enjoy Wildest Dreams as another budget return card.Bramblecrush would give you a good way to deal with any annoying artifacts/enchantments that pop up.

Racecourse Fury is good for cheap haste since you're pretty creature-light. Unstable Footing is always good to ensure damage, and I'm surprised you don't have a Fling to make someone removing borby hurt:P

Here's a few more suggestions. some pricier than others!