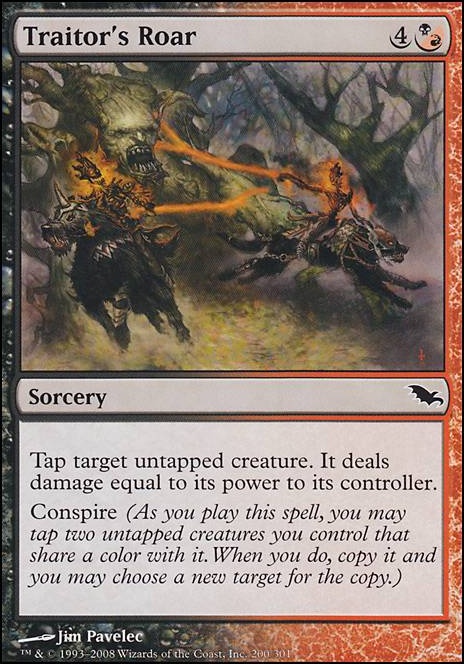 Tap target untapped creature. It deals damage equal to its power to its controller. 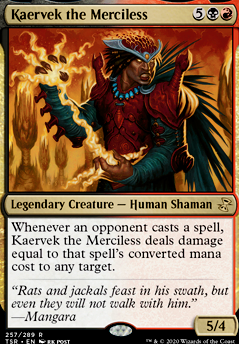 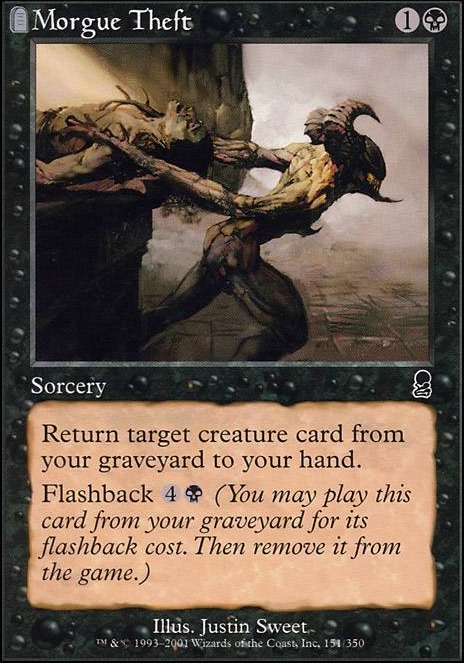 Xantcha: Burden on the Crown
by Lazywing 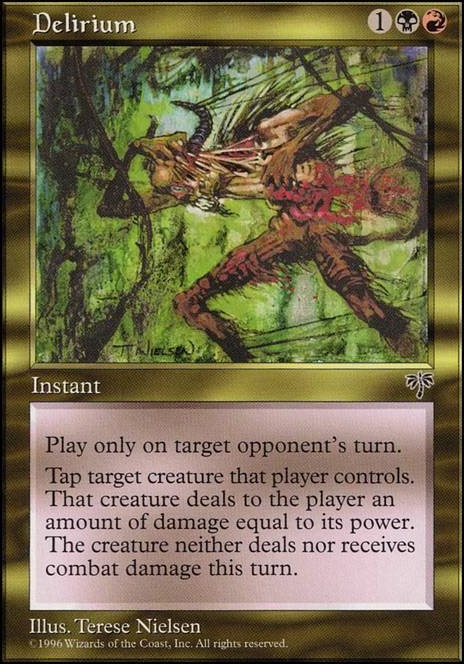 thanks for the feedback

ZendikariWol I chose Ravos, because I can easily make him hexproof/indestructible and bring back ANY creature from my graveyard to my hand, meaning I can allow Ishai to die and actually go to the graveyard instead of to the command zone. This enables me to ensure that my commander tax rarely goes up.

Megalomania I chose to avoid infect because while it is a solid win con, I find that infect voltron decks generally prefer to be mono black or black/blue instead of triple color decks. In fact, Infect can easily backfire if you don't have hexproof on your commander because of cards like Backlash Reflect Damage Traitor's Roar Where damage is redirected but the source of the damage doesn't change.

I've actually won a game by doing that to an infect voltron commander.

Overall, there are some great ideas here.

Im like your deck. It has similar elements to mine, but is much more budget conscious. I like both Traitor's Roar and Serene Master, and may playtest both in my deck, just to see how they play. I have multiple deathtouch creatures that are parallel to what Serene Master does, so that is a cheap alternative that may work nicely, since Serene Master will likely stick around, and deathtouch creatures don't always stick around after a fight. I like it, and it may be a nice upgrade. I get a lot of mileage out of Delirium and Backlash, so Traitor's Roar may be another nice addition. I use a Wishboard with both Death Wish and Burning Wish, so it may go in the Wishboard instead of the maindeck.

As for suggestions, for budget tutors, check out Transmute cards such as Shred Memory, Dimir Machinations, and Dimir House Guard. They work great for cheap tutors that also have another use. If you haven't, check out my Queen Marchesa deck. It is pretty similar to yours.

I would cut done to 38 lands at the most. And you can't run Traitor's Roar because it has black in the hybrid mana symbol. For copy cards you could try Rite of Replication. Its right around the dollar mark.