As an additional cost to cast Titan's Presence, reveal a colorless creature card from your hand.

Exile target creature if its power is less than or equal to the revealed card's power.

Kozilek and the Bois
by perfectanswer 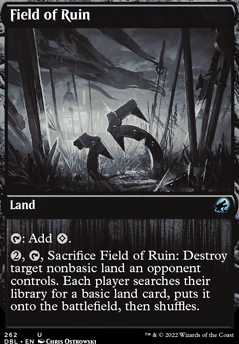 +1 for Titan's Presence and All Is Dust ! I had a similar budget tron list when I first got back into Modern. This is a really neat deck and I hope it does well!

KorgK No problem! Titan's Presence is a good rate for colorless removal, but it's so situational that it's not likely to work out often. You're only running 23 creatures, and 4 of those are 2/2s that probably won't work to exile what you need.

Thanks for the suggestions! I changed it accordingly. abby315 Why wouldn't you play Titan's Presence? Isn't it a pretty cheap removal for colorless? I added some of your cheaper suggestions. I'll wait how much it will be and maybe I'll put some of the more expensive ones in too :)

Took out a Mind Stone and Aether Spellbomb to fit 2 Titan's Presence for removal.