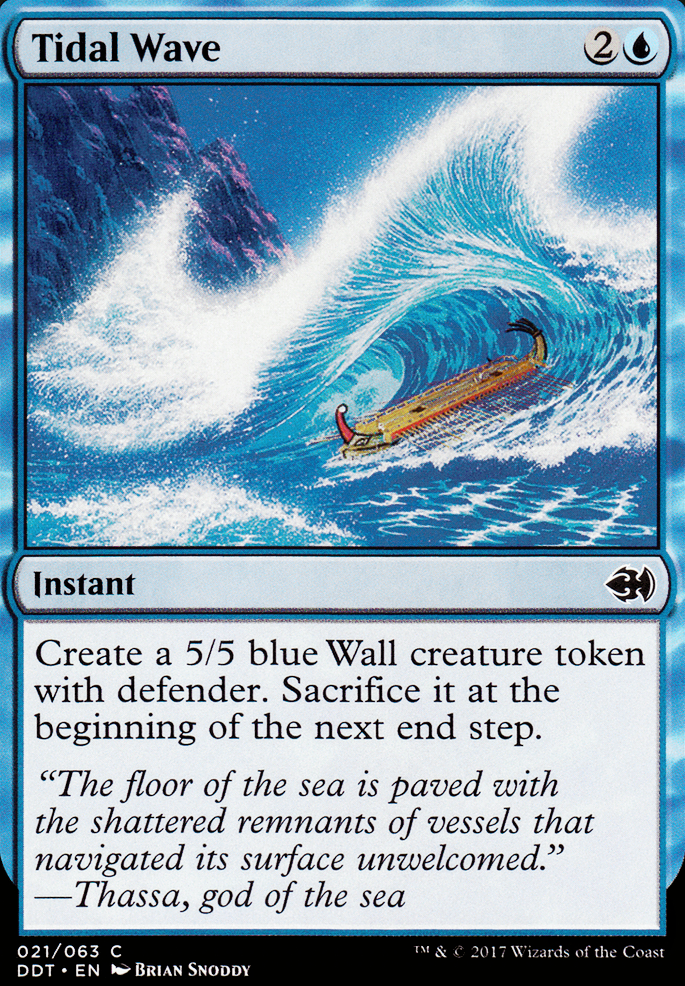 Create a 5/5 blue Wall creature token with defender. Sacrifice it at the beginning of the next end step.

I would also be wary of land destruction in this deck. Usually decks that destroy lands have a way to break symmetry, that is finding a way to make everyone but you hurt from land destruction. Things like Avacyn, Angel of Hope or Crucible of Worlds help to mitigate this Mass effect. I would substitute things like Armageddon for like a Swords to Plowshares or a boardwipe for non-creature permanents, such as Tidal Wave . You've got a lot of Orzhov going on here, which is great, but you're also running blue, an awesome color for removal. Embrace the blue side and add some of the best cantrips in the world like Ponder or Brainstorm , Preordain , Serum Visions , or perhaps my all-time favorite Impulse . Depends if you want to go more control-focused or permanent-based, but you could definitely afford to add in blue. If you want to stick to Orzhov, Kambal is a great incremental lifegain commander.