At the beginning of combat on your turn, target creature token you control gets +1/+1 until end of turn and can't be blocked this turn.

Embalm [symbol:U]] (, Exile this card from your graveyard: Create a token that's a copy of it, except it's a white Zombie Human Cleric with no mana cost. Embalm only as a sorcery.) 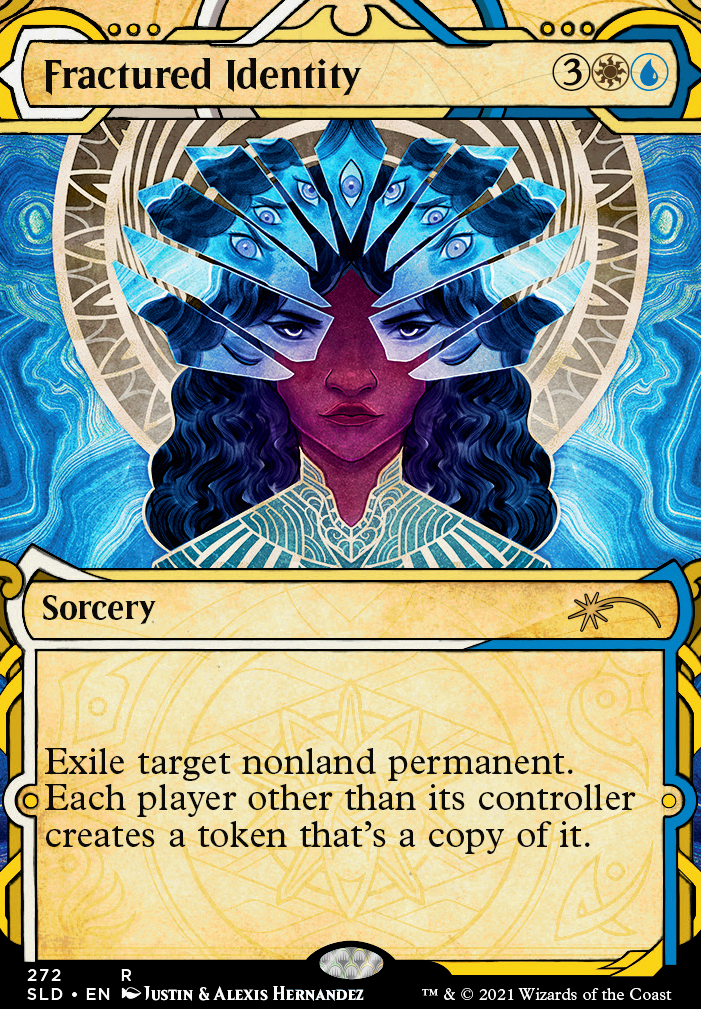 legends of amonkhet return
by spikedog1

griffstick on Sweet tech I want to â¦

Temmet, Vizier of Naktamun is a unique cmdr. An deck that cares about tokens and cares about swinging with them. I was looking at the encore cards and BOOM! I saw Soul of Eternity. If you encore this bad boy out with the most life and your cmdr is in play. GG folks. Of course you might want Grand Abolisher in play or other similar effects to make sure this happens. But wow kinda cool little 2 piece game winning combo there. It's not infinite and 1 of the 2 peices is your cmdr who is in the cmd zone. Simple combo and sweet tech.

Love the idea. Why not play Temmet, Vizier of Naktamun for that zombie flavor and also to help with the token beats strategy? Also, God Pharoahs Gift doesnât seem great in a deck with 22 creatures. I think you may find you want a higher density to get a lot of value out of that card.

THE reason to play Dovescape in EDH is the Guile lock, meaning you want enchantment tutors. You've picked an awkward commander to pair with Dovescape , though. If you want to build a UW enchantress deck, Taigam, unlike most other Monks of recent years, doesn't trigger off enchantments. Shu Yun, the Silent Tempest , Tuvasa the Sunlit , and Zur the Enchanter are better enchantment-themed commanders. I see token elements to the deck, as well. Consider Temmet, Vizier of Naktamun or Medomai the Ageless as a commander if you want to beat down. Finally, check out EDHREC. The themes tab at the top right of the main page will give you rec's for tokens, enchantress, pillowfort, whatever.

So I pulled the new Dovin, Dovin, Grand Arbiter at my prerelease this weekend, and I'd like to find a non-superfriends deck to put him in.

A few options I was looking at were more creature based commanders such as:

Ephara, God of the Polis : A constant creature maker sounds great in a deck like this.

Temmet, Vizier of Naktamun : makes the tokens become unblockable? Maybe? I'm not quite sure if he's as strong.

Any ideas on who to run? I'm open to about any Azorius commander.

You should add more lands and more mana ramp. Your average CMC is over 4 and you only have 34 lands and 4-ish mana ramp cards. There are also some cards that don't make a ton of sense in here as they don't make tokens or don't synergize with them. Cards like Brago, King Eternal, Ixidron, Always Watching and kinda Blade of Selves and Ephara, God of the Polis don't seem to do much. I suppose Ephara draws you cards on your opponent's turn and could draw you some extra cards if you play an instant copy spell so she's alright. Blade of Selves doesn't make sense to me because the tokens don't stay around. I see a few decent ETB effects on creatures in the list but I honestly think Helm of the Host would be a better card in here. The helm makes tokens that stick and you could equip it to Temmet, Vizier of Naktamun to make multiple things unblockable each combat.

Also there seems to be a split between whether this deck wants to be a go big tokens deck or a go wide tokens deck. I suppose you can have both, but I would definitely lean towards going big and cut one of the two mono-white gods (probably Oketra). With that in mind I would look to add some Eternalize cards. Adorned Pouncer seems really good in here, as does Champion of Wits, Sinuous Striker, and Sunscourge Champion. Vizier of the Anointed would also be a card to consider if you add in some of the Eternalize cards. I would cut some of the less good go-wide cards for them.

Also adding in some card draw could be a good idea. You're pretty low on it right now.

So in sum, cut cards that don't make sense with the deck, add in more lands, ramp, and card draw, and maybe look into eternalizing some stuff.