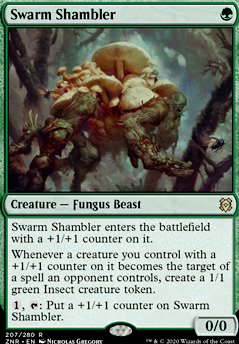 Swarm Shambler enters the battlefield with a +1/+1 counter on it.

Whenever a creature you control with a +1/+1 counter on it becomes the target of a spell an opponent controls, create a 1/1 green Insect creature token.

Never Gonna Give You Up
by Morgan-Darkstar 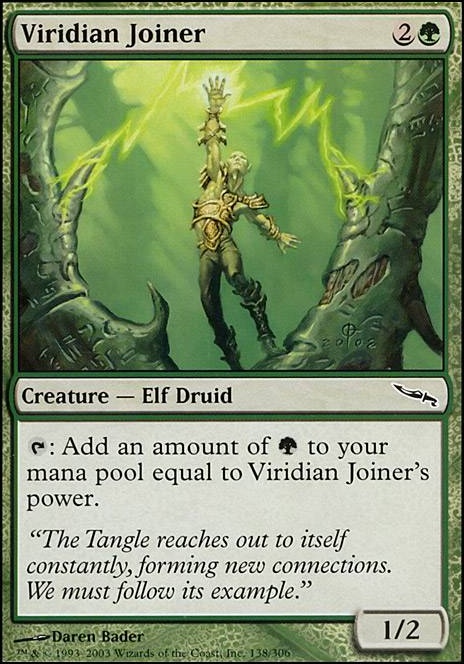 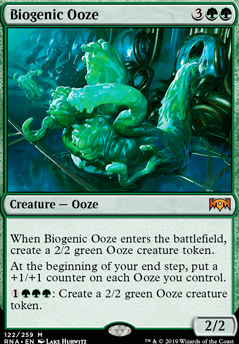 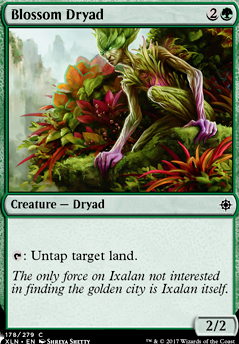 sergiodelrio, normally I would agree with you but in this deck I really don't have any 1/1 creatures to speak of - Experiment One and Swarm Shambler tend to get bigger almost immediately - and I'm already a little skittish about Blood Moon and similar effects.

lagotripha I generally find it hard to win FNMs with budget decks to be honest :D This deck (as all of my decks) is designed to fit into my playgroup of friends and should terefore not be too oppressive. But you are absolutely right, the manacurve is a little too high for a fast format like modern. I love the combination of Ravenous Squirrel + Bloodhall Ooze + Swarm Shambler + Winding Constrictor a lot! I probably won't include them in this deck, but it's a great base for a budget proliferation deck... I'll have a look into that :)