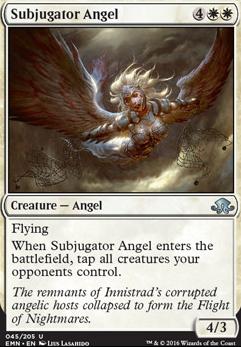 When Subjugator Angel enters the battlefield, tap all creatures your opponents control. 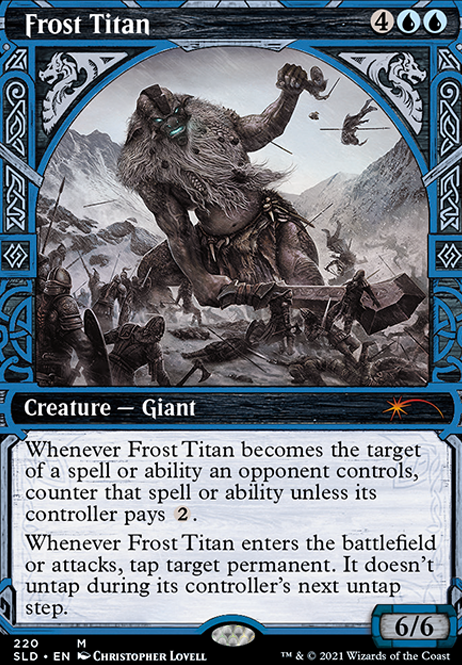 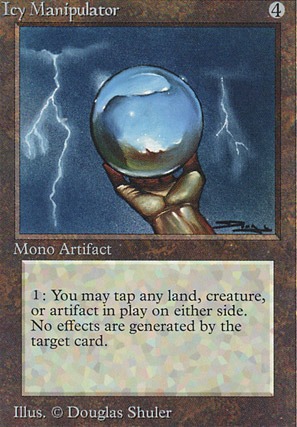 A Girl and Her Ghost: Rhoda and Timin EDH
by Casey4321 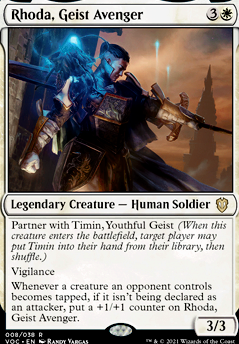 HORDE: Angels vs. Demons //Caught in Between\\
by FredNeos

A Cloudshift that comes back to your hand with some angel ETB effects could be fun Angel of Renewal Angel of the Dawn or even Subjugator Angel + Sunblast Angel .

Kaalia, Raining Death from Above

Personally, I prefer run Vindicate instead of Mortify . Sorcery speed is a fine price to pay for a three-drop that can kill literally anything. You never know when you might need to take out a Coffers or a Cradle.

I'd also recommend Thundermaw Hellkite and Subjugator Angel as ambush cards to kill someone with blockers out of the blue, as well as Angel of Despair for better spot removal (same reason as Vindicate).

Also, if you're running Sunforger , I'd go with Tithe if you can afford it and a Mistveil Plains to give the other players a hard time. SOmething to look into for that Sunforger package, especially if you go that route, would be Rakdos Charm for repeatable grave hate and Bathe in Light as a similar ambush card to Thundermaw and Subjugator.

You might wanna consider bringing that mana curve lower to the ground by adding more signets and the talismans. Also, prioritizing angels, demons, and dragons who cost less and do more would be ideal. That way, you're not as reliant on Kaalia, since she's quite tiny and squishy.

One demon in particular that I'd recommend is Rakdos, Lord of Riots . His ability includes commander tax, meaning you can get away with casting Kaalia for three mana after she's died a few times.

Two other cards you might wanna try out are Subjugator Angel and Thundermaw Hellkite to get rid of blockers and potentially steal a win.

Here's mine in case it gives you some ideas: Hardcore Heavenly Inferno

Not a bad deck. I'd recommend swapping out the Akromas for Thundermaw Hellkite and Subjugator Angel so you can get blockers outta the way and potentially guarantee a kill.

Another thing to potentially consider is adding Giver of Runes for redundancy. Never hurts to make sure they have to waste a spot remover to get rid of Kaalia, y'know?