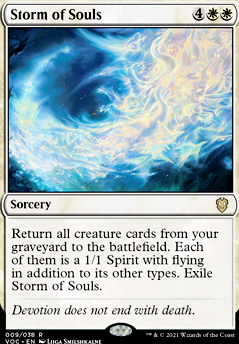 Return all creature cards from your graveyard to the battlefield. Each of them is a 1/1 Spirit with flying in addition to its other types. Exile this. 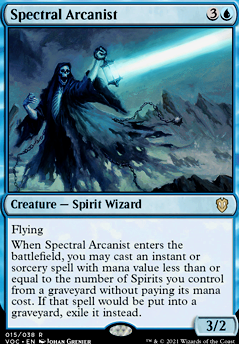 Can I Interest You In a Fine Spirit?
by MannyBothans 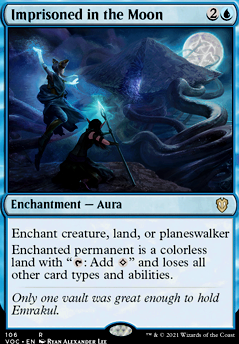 Odric Shares His Blessings
by Vessiliana 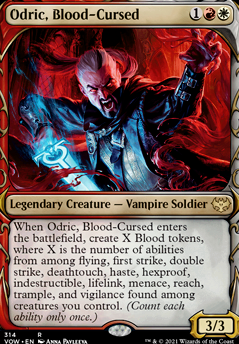 Eerie Ultimatum OUT > Storm of Souls IN

A small update for our finishers, Storm of Souls: a mass reanimator with a more manageable mana cost. Yeah, we reanimate all our dragons as 1/1, but with Scourge of Valkas, The Ur-Dragon, Utvara Hellkite and others ETB/Attack triggers we can still have a big impact! :)