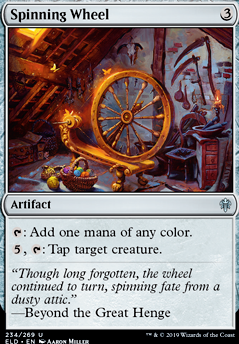 Spinning Wheel occurrence in decks from the last year 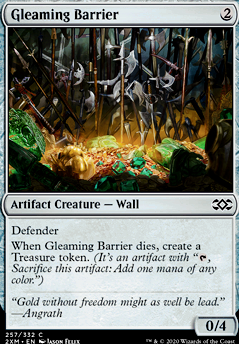 There's a Sliver in my Deck
by Lopen-Zur 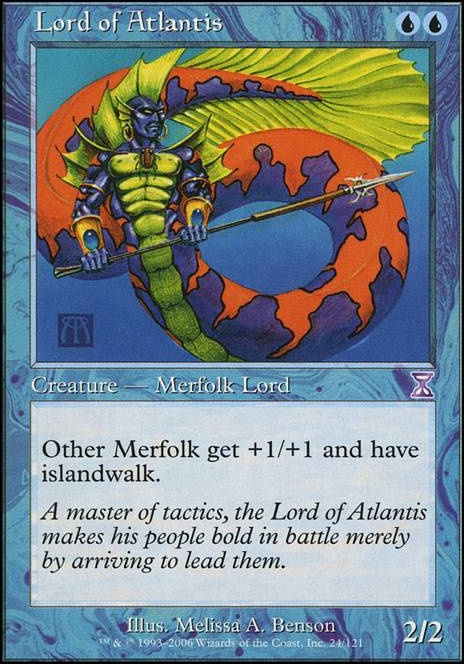 I would ditch 2 lands for 2 mana rocks, maybe Spinning Wheel and Worn Powerstone.

Helm of Possession or Mogis, God of Slaughter for more aggressive saccing.

Most of my suggestions are more pricey than I usually like to make. To go cheap, maybe look at golgari "straight to the battlefield from graveyard" cards for cheating out eldrazi.

First are you going for EDH/Commander or Brawl? I would guess Commander since you are running Chemister's Insight but your about 40 cards short of Commander if so. You have a good start for a commander deck, I would look at adding some additional enchantments and artifacts to your deck to capitalize on your commander's ability to add bodies to the board.

Mana Rocks are excellent ways to do this, Darksteel Ingot , Mana Geode , and Guild Lockets will be a good start, Spinning Wheel is also good for a mana rock, as with most commander decks a Sol Ring is also not a bad idea. As artifacts these all trigger your commander to get you a faerie and can set you up to cast some additional spells later on in addition to fixing your mana in a pinch. Chromatic Lantern is also great for mana fixing and cast trigger on Alela.

From there you can take one of two directions in tuning up the deck, adding some additional enchantments to cause additional cast triggers wouldn't be a bad idea either, Mirrormade can copy an enchantment or artifact you already control and triggers your commander. Rhystic Study also makes sense because it can draw you additional cards and again triggers your commander. Lightning Greaves would also make sense to protect your commander and give her haste. Blind Obedience Slows your opponents down and allows you to exploit them and pad your life total. Rankle, Master of Pranks & Oona, Queen of the Fae can add some additional bodies on board and provide you with some helpful abilities. Dance of the Manse allows you to get some of your artifacts and non-aura enchantments back from the graveyard.

Like the deck, personally I would add a bit more card draw as this deck seems like it can have problems trying to recover from a boardwipe. Cards like Outpost Siege , Beast Whisperer are classics at this points but even a card like Harmonize could help to get the momentum flowing again. Besides this maybe making room for a few more creatures might be nice as for a creature centric deck you aren't running an amazingly high amount. Some suggestions for cuts to make room for this: Spinning Wheel (expensive and you don't need the colour fixing+ you are in green so land ramp is easy to find), Infuriate (combat tricks are just not that great in commander). Lastly I see you are running some fight cards like Prey Upon maybe looking for this effect on a creature could be a way to up the creature count Thorn Mammoth is a good option. This stays true for other nessecary effects like ramp, etc.