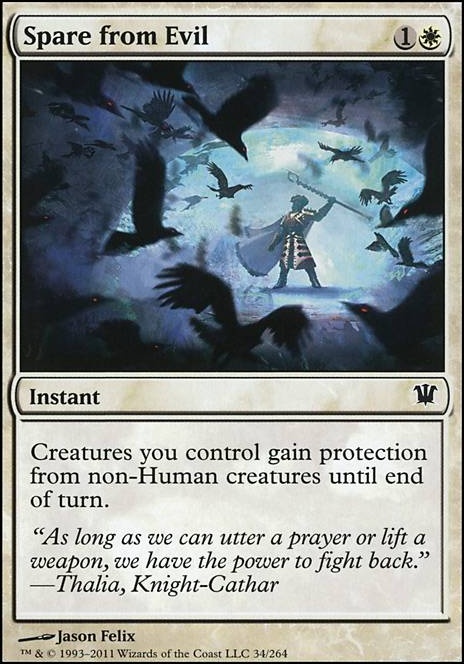 Creatures you control gain protection from non-Human creatures until end of turn. 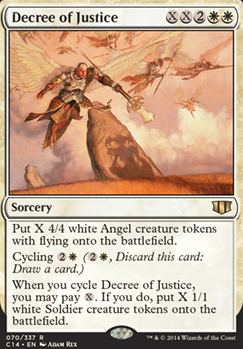 Pauper EDH is always interesting, though I'm not GOOD at it haha. To me, the lowest priorities here seem to be Vault Skirge, Fleetfeather Sandals, and Lumithread Field -- they all seem like the lowest impact spells you have here.

I also really like that you have the ability to cast Spare from Evil then sink a bunch of mana into Crypt Rats, that's a sweet synergy... You get a +1 from me!

Some would be Raise the Alarm Soul Warden

MrXilas on Advertise your deck!

I've always wanted to do a Oops All Rats commander deck, but always found it to be a little bit tight on resources due to wanting to go three-color with it. I have wanted to make an Indulging Patrician PEDH deck ever since I saw it. Lifelink tribal felt a little cliche and felt too much like my Liesa deck, so I decided to combine these ideas instead.

The deck is pretty much wrapped up, but I have about six cuts I want to make. I'm trying to find room for Village Rites for draw, Spare from Evil for closing the game, Invoke the Divine for instant speed removal or a IP trigger if used on my turn, Raise the Draugr for recursion, Shields of Velis Vel to save my rats from Electrickery effects, and Angel of Dawn as another potential closer. Any thought on what should go? Anything from the other maybes I should put priority on?

Hey Ruffigan. So I went ahead and found every card I white at the common level with 2 blips in it cmc and put it in the maybe board. Also some other good stuff. Like Spare from Evil and Palace Sentinels

I am playing around with a casual (60-card constructed) GW Lure deck (using creatures with the Lure ability already stapled onto them), and I'm trying to decide the best route to take to protect my Lures when they're attacking into a sea of baddies. The tools that come to mind are:

What are the pros and cons for each of these? I only have so many slots in the deck for protection, so I'm wanting to choose the best type.

I'm also trying to decide whether I should go with one-off instants like Faith's Shield (tend to be cheap mana-wise and the opponent doesn't see it coming) or permanent / repeatable effects from Auras like Shielded by Faith (are more fragile against removal), enchantments like Asceticism (tend to be expensive mana-wise), or lands like Maze of Ith (takes a land drop and interferes with color fixing). All repeatable effects also have the downside of being known to your opponent.

P.S. No equipment, for flavor reasons.

Have you thought of Spare from Evil as a win con card for making everyone protected from non-humans?