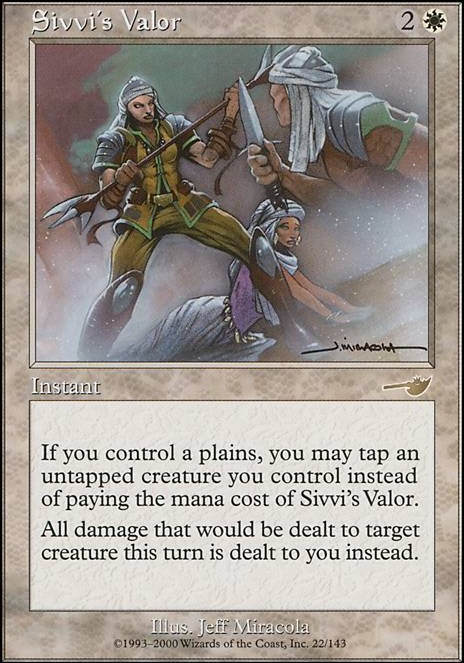 If you control a Plains, you may tap an untapped creature you control rather than pay the mana cost of Sivvi's Valor.

All damage that would be dealt to target creature this turn is dealt to you instead.

Hit Me Coward
by apparentlyasian 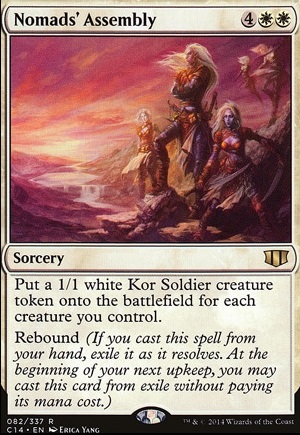 Honestly, What Am I Thinking with This?