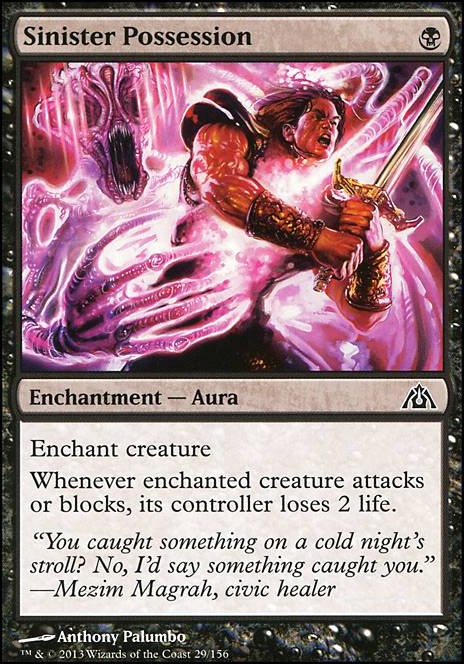 Whenever enchanted creature attacks or blocks, its controller loses 2 life.

Stop hitting yourself!
by NoDwarfTossing 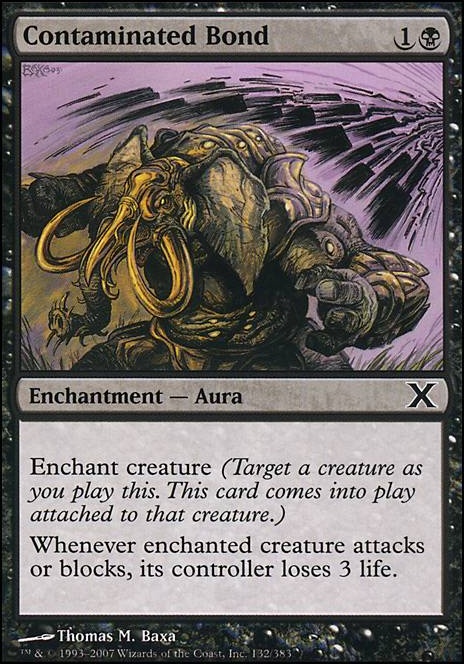 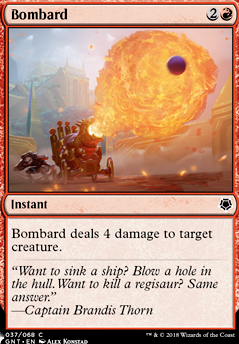 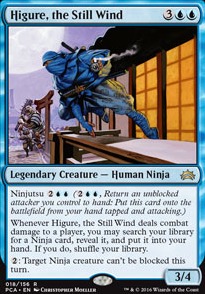 I would cut Sinister Possession as it only nets you 2 damage a turn and can be removed when Greven Dies. I

Aegis of the Gods can be pretty good against certain combo decks, so It seems like a fine sideboard option to me. However, if you fear enchantment removal, you should maybe run True Believer isntead, (double W is harsh though.)

There is no modern legal protection enchantment, other than Greater Auramancy that I can know of. Starfield of Nyx is the closest thing I can think of.

The strategy you're going for here is pretty much the most difficult arctype to make good in the entire game. Just letting you know right away. I can't see a feasible way to make a Sinister Possession deck viable. I wish you good luck, but emplore you to go a for a prion style deck instead if you want to punish people wishing to attack.

(Sorry I posted trice, Tappedout kept telling my comment hadn't been posted so I tried a couple time over.)

Anyways, I kinda feel your deck is trying to do many conflicting things at once.

You both have cards that try to kill with life loss, and with poison.

If you are on your way to infect your opponent, that Sinister Possession is kinda going to be a dead card, and if you have your opponent at a low life total, Phyresis is not going to be the card you want to see.

You also have this sub theme of land locking, but you don't have that much card draw. Neither do you have too many pieces to support that strategy. You can justify running Spreading Seas in most slow decks, because it cantrips, but if you don't draw multiple Contaminated Grounds, that card isn't going to do much either. And that's assuming your opponent doesn't just run black themselves.