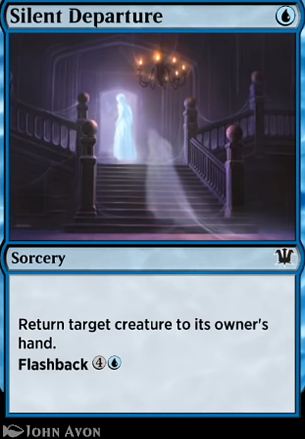 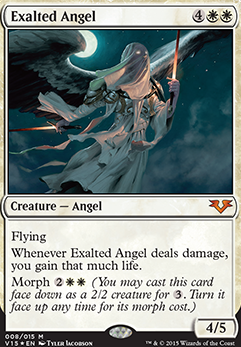 Talrand, Lord of Drakes
by whats_your_life_total 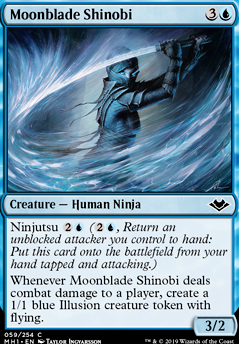 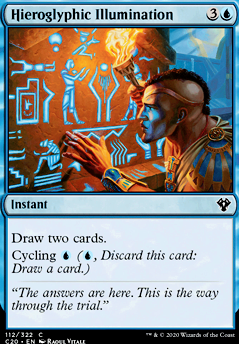 I'll think of a name later Quandrix EDH
by Bilyso

Gabichu I just got back to playing MtG a couple days ago and I'm still trying to remember how to play the game tbh, so I've been updating it recently.

The trick a while back was to stock up on mana from Prying Blade and stack Amulet of Vigor with a dual mana like Gruul Turf, since each untapping of the lands stack, to then using Increasing Vengeance twice with another spell, depending on the current situation.

The main problem that I remember about this type of deck is the turn 5 meta, so I thought about replacing Prying Blade with Fountain of Renewal for stalling, but I really don't think a small consistent source of life is better than a burst mana source, right?

Sarkhan Unbroken Is there because I have it already, and because it's either a mana battery or a token maker on the turn it's summoned, a 5 CMC for either 5/3 pseudolife and 1 Flying Token/ Draw + 1 Mana is a good trade to me.

This looks really good +1. A couple ideas for you: Stinkweed Imp Instead of Skyspawner, and consider Silent Departure for some added control and flashback. One of my favorite black one-drops: Funeral Charm, is a very versatile card in a deck like this.

Here are the changes I would start with however, swap Syncopate for Disallow. Then Spell Pierce for Swan Song, Disappearing Act for Wizard's Retort, Divination for Dig Through Time or Preordain, swap Silent Departure for Into the Roil, Capsize, or Expel from Orazca, swap Dispel for Muddle the Mixture, Aether Spellbomb for Fellwar Stone or Sky Diamond (More mana rocks will help for what i'm suggesting below if you want to consider that route), and Tamiyo's Journal for Gilded Lotus (As you just don't have enough ways to make clue tokens, and it's kind of slow anyways. Instead focus on making lots of mana, tapping and untapping your creatures to draw lots of cards).

There is also of course Mind Over Matter and I have one myself, it is a very powerful card that pairs well with things like Temple Bell, Psychosis Crawler, even Azami, Lady of Scrolls. But admittedly it is quite expensive of course, I just thought I would make you aware of this card nonetheless. You listed the deck as budget, but I wasn't sure to what degree this means, whether that's no card over $10-$15 or what.

Dramatic Reversal is another one I highly recommend, it could be sweet if you pair this with an Isochron Scepter, and that's why cards like Long-Term Plans, Merchant Scroll, Mystical Tutor, Fabricate you could more often have these. Then you can either make a ton of mana, or perhaps even infinite if you have a bunch of mana rocks out and or Paradox Engine. You could win then by casting stuff like Blue Sun's Zenith, Stroke of Genius, among other things.

Depending on how much your willing to spend other ideas include: Rhystic Study, Mind Over Matter as previously mentioned, Patron Wizard, Jace, Vryn's Prodigy

Flip, Laboratory Maniac maybe could be good here, Maze of Ith, Riptide Laboratory, Nykthos, Shrine to Nyx, Tolaria West, Path of Ancestry, and Sensei's Divining Top (Just ordered one of these myself in fact last night, it is such a useful card that can be used in a lot of decks imo).

I know I suggested more to include than what I suggested to in turn remove, I can help more with this if you haven't solved it all yourself already once i'm done with exams in 3 days. In the meanwhile I recommend you visit the website edhrec.com wihich might be a lot of help to you if your not already familiar with it!

The most fun little combo here is to get an opponent empty handed with Raven's Crime, then Raven's Crime + Silent Departure is a kill spell.

I would replace Silent Departure for Void Snare so you can return any other nonland permanent as a sorcery, or Unsummon just the same but instant speed. Distortion Strike x2 instead Artful Dodge x4; and two land less, so you can add 4 enchanment to pump up the unblockeable creatures, like Spectral Flight or Ordeal of Thassa

This looks like a blast! Any thoughts to adding anything like a Gomazoa, Mark of Eviction or even Boomerang, Silent Departure, Disperse or Unsummon in the case that any player prematurely starts trolling the game?