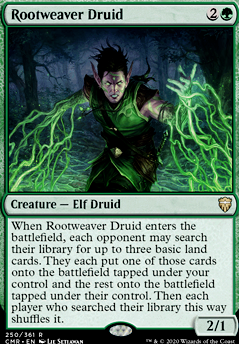 TriusMalarky on Court of Grace, the best â¦

Aight, my thoughts: first, I think EDH games don't actually go all that long. 8-10 turns is probably a good estimate of game length -- but that's 8-10 per player.

So, if you resolve Phyrexian Arena t3, you can expect to draw 5-7 cards over the course of the game, and it doesn't do anything immediately. Compare to Tymna or Tuvasa the Sunlit

as ways to draw one extra(or more with Tymna, or if you have instant speed enchantments in Tuvasa) card each turn in the command zone. Both of them can do something immediately, so they're better lategame, and they also don't take up a draw: they're always in your command zone.

Thus, I wouldn't consider Arena. It's too slow for a draw engine in the 99. IMO, draw engines in the 99 gotta be pretty good, like Notion Thief or Ad Nauseam. Lots of cards now is better than twice as many in as many turns.

Court is interesting, and guarantees a draw -- 4 mana cantrip, which is bad -- and is incredibly likely to give you a 1/1 with flying. So 4 mana to get a 1/1 and a card as its floor. Not great.

But I don't think we should be comparing it to Arena, or using it as a draw engine. It's a way to bring Monarch to the table, and it also makes it so you're one of the best equipped to maintain Monarch status. It brings another angle to the table.

I'm a big fan of cards that, while not strategically correct, are correct to run for the purpose of fun games. Rootweaver Druid is a 3-mana Rampant Growth, in overall effect, but it guarantees that no player is mana or color screwed. Court of Grace, on the other hand, doesn't do nothing and also brings a fun, combat-centric political aspect to the table. That's the reason to run it. It sucks compared to Arena, which is already bad card draw, but it's amazing when considering the fun it could bring at the right tables.

Solid list! I built a similar elf-tribal deck back when I started playing commander, and there are definitely new crazy pieces ( Allosaurus Shepherd is crazy good...and expensive). Looking at Commander Legends, the only elf card I thought might be usable is Rootweaver Druid as Gilanra, Caller of Wirewood is more big creature casts based, and Numa, Joraga Chieftain is mainly +1/+1 counters based. The only other mono-green elf that's new in the set is Fin-Clade Fugitives which is, in my opinion, not a great card. Outside the perviously listed cards Horizon Stone might be okay for the deck in case you get a ton of mana but don't yet have a clear finisher. I'm probably gonna rebuild this deck sometime soon, I cannibalized it to build a Chulane deck, but after some of the Commander Legends reprints I saw while opening packs, I got nostalgic about rebuilding it. Guess I'm gonna have to proxy the Shepherd till he gets reprinted or something. :/

Lotus seems like a huge upgrade, however at the same time Opposition Agent adds another very potent hoser to the format. Maybe Dawnglade Regent has a tiny chance of earning a slot. Getting Rootweaver Druid before untapping might be sweet, but at sorcery speed the card is so incredibly bad. Also opponents can just all refuse the effect, so probably it's completely unplayable. Kodama of the East Tree and Magus of the Order seem useful, but rather slow.