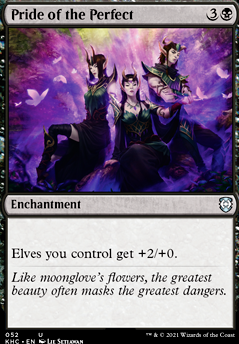 Pride of the Perfect 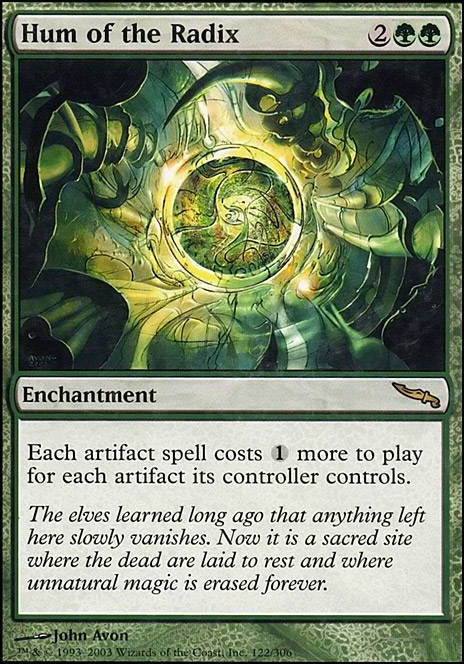 the deck to play at MV
by HeroineDark 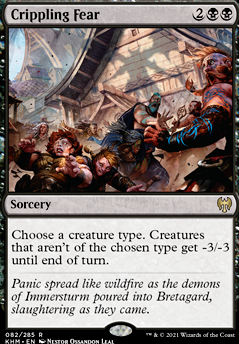 A Murder of Elves
by loricatuslupus 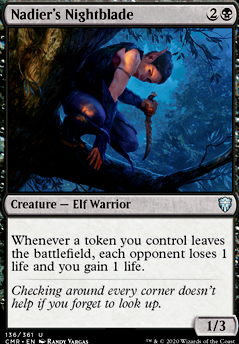 Pride of the Perfect Discussion

Add in some two CMCs, maybe a one drop dork. Should be at 15 or lower 4 drops, not many you play over your cmdr.

If you're going wide with elves in , you'd probably be able to close out games pretty quickly with the raw numbers of Pride of the Perfect. A status +2 power boost wins games fast, and as a noncreature option, it's much harder to take out with removal.