Whenever a player taps a land for mana, if it's not that player's turn, destroy that land. 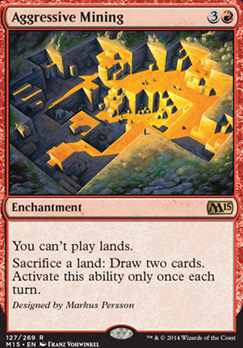 This is a well thought out deck, I like it. I also have a Vial Smasher deck, paired him with him Ikra to help ramp, a lot of fun to play. You might want to consider adding Price of Glory and Mindlock Orb on the oppression/protection category.

I built an Oloro deck that was mono black discard, though not sure it that fits off-theme enough. Also, Oloro is popular, I just choose a theme not associated with him.

You could go super janky and go ball/sphere tribal. Anything with a ball in the art like Doomsday or Winter Orb.

Commanders like Zendru and Blim could also be good choices. You would be on theme with gift giving but your gifts could be just odd world enchantments like Concordant Crossroads or Price of Glory. They could be good just based on their range since you could gift anything.

Not sure if I hit any nails on the head but those are my first thoughts.

zaneanderman I think that would be fair. Gamble is very good and I liked Price of Glory as sort of a way to deter people from interacting. I guess it can kinda both ways. They both add different things to the deck. I think the correct move would be to sub in Gamble and when going for a win to have things like Burnout Red Elemental Blast or Pyroblast .

Wow, that's really well thought out! That said, Gamble is incredibly good here, especially with all the other combos. Could Price of Glory be cut? I also notice there's a bunch of foils in the deck that might be driving up the price. 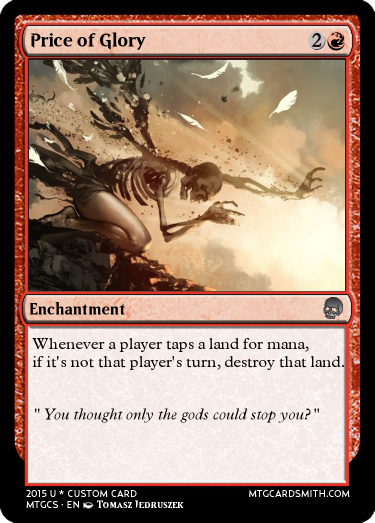 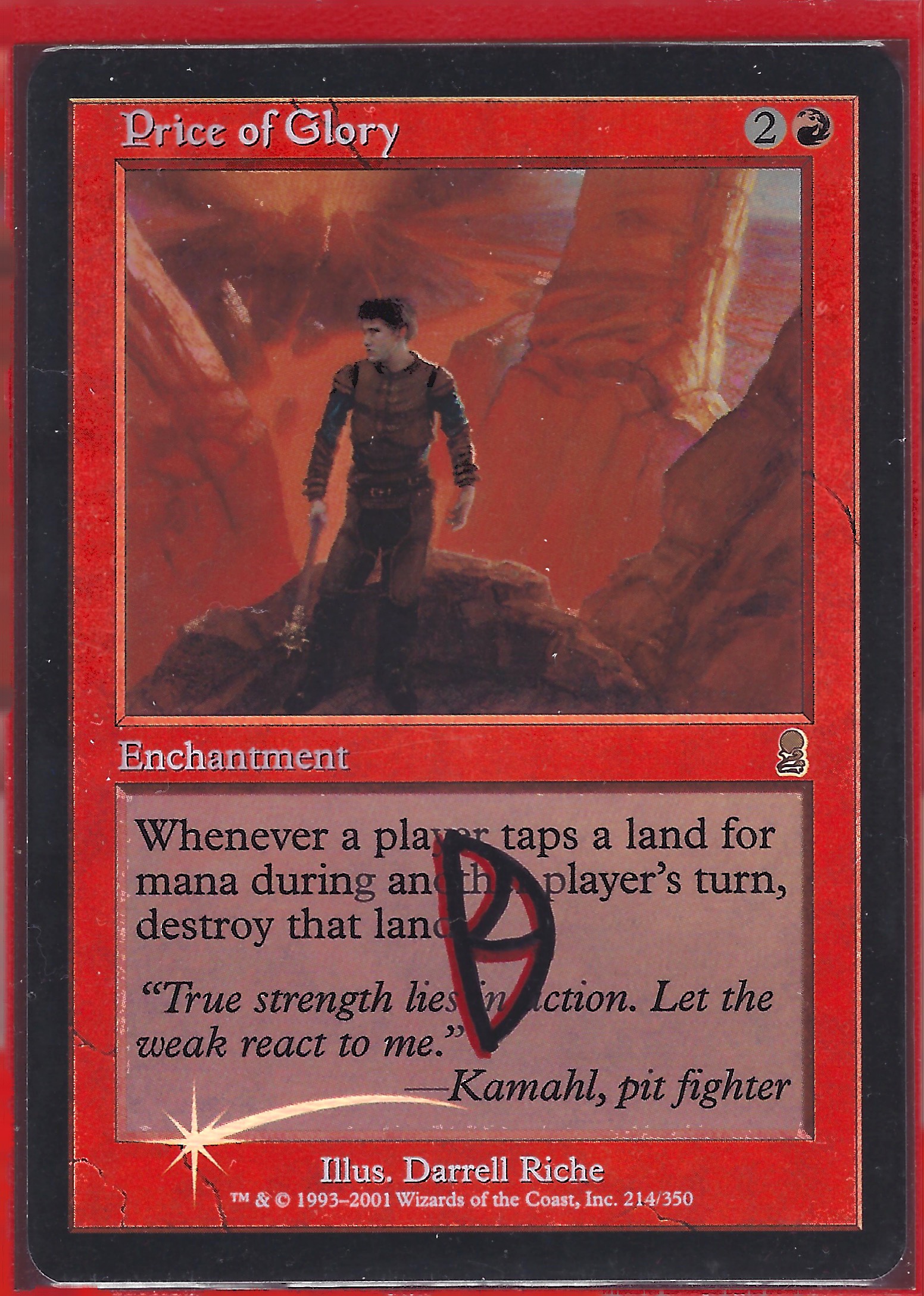 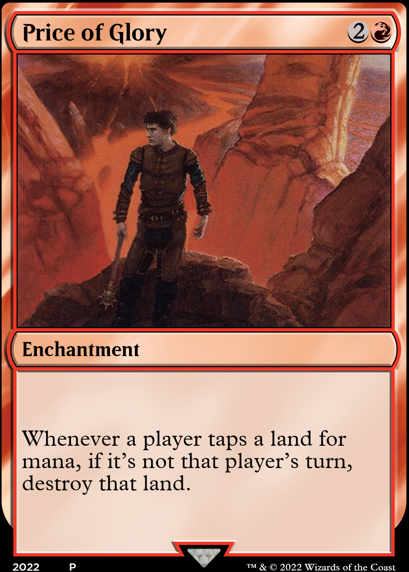