Omen of the Dead

When Omen of the Dead enters the battlefield, return target creature card from your graveyard to your hand.

, Sacrifice Omen of the Dead: Scry 2.

Omen of the Dead occurrence in decks from the last year

Harald and the Deathtouch Crayon
by MtgHaileyDee 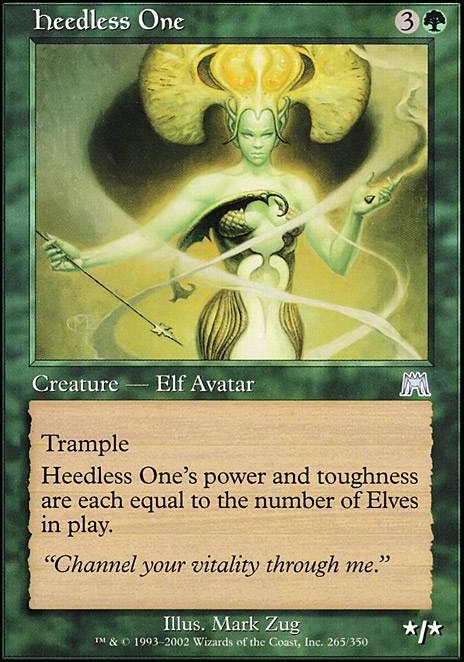 Omen of the Dead Discussion

This looks pretty cool. I have my own Lurrus list, maybe take a look?

I like your synergy with Apostle of the vault. Also, Enduring Renewal is great for Lurrus. Cards you should really take a look at are Stitcher's Supplier, Reanimate Dead, Omen of the Dead, Kaya's Ghostform and Demonic Vigor.

wallisface on Attempting to create a standard â¦

Cool. I'm not that up-to-speed with standard (i pretty much exclusively play modern), so hopefully someone here can give you better advice than my questionable thoughts - but here's what I've noticed:

The rest of the deck looks decent to me. I'd question the sideboard though - it seems to mostly have additional copies of what you already run maindeck. You'd be better off having sideboard cards that hate on the particular decks you play against.

First glance - without playing the deck, Thassa, Deep-Dwelling and Zareth San, the Trickster are great for the long-game but the rest of the deck might not survive into the long game. There is a benefit to playing low cmc cards. Many can be returned and re-played using Lurrus of the Dream-Den. You can sac a 1-drop with Mutual Destruction to kill a big creature, return it to your hand with Blood Beckoning and re-play the original card - all for 3 mana. The advantage of having Slitherwisp in the deck is that you can cast Omen of the Dead, So Tiny, Starlit Mantle, Minion's Return, and others and get life gain/drain, then recast them from the grave with the effect of Lurrus. Sorry, but cards like Lullmage's Domination really do nothing for me - they are just too expensive to cast and clumsy.

Maybe Omen of the Dead instead of Disentomb because this deck likes enchantments and you can get the scry later. Hunter's Edge is better than Hunt the Weak unless you have an enrage trigger like that earlier comment or you want the creature to die. Both of those are unlikely. I wouldn't use either though, because they are too expensive. Prey Upon and Ram Through are way cheaper in terms of mana. These are just some good +1/+1 cards: Grakmaw, Skyclave Ravager, Enduring Scalelord, Conclave Mentor, Wildwood Scourge goes infinite with the scalelord, and AnafeNza is good for +1/+1 counters and locking down your opponent's graveyards.