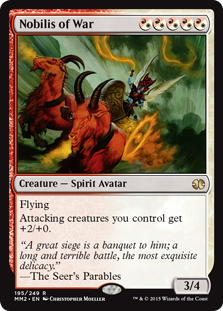 Attacking creatures you control get +2/+0.

The God of War
by TheGoronMan

goats and glory
by squonk76 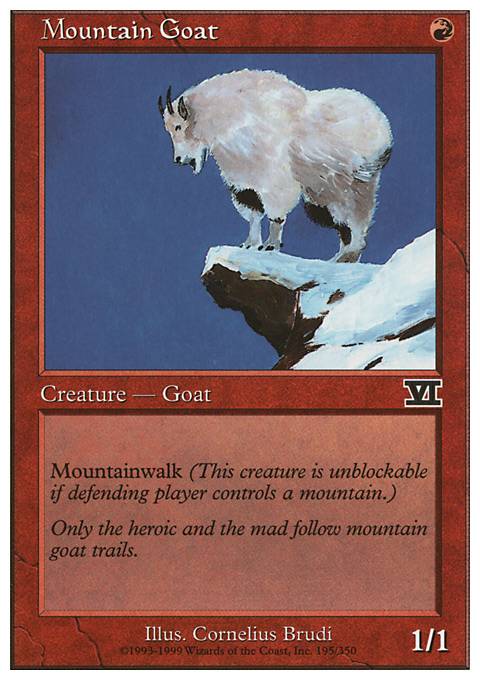 Monsters Gods and Heroes
by Aethermonger

Maybe you have left them out intentionally, but you didn't get all of the Spirit Avatars. Here's the ones you're missing:

Admittedly not all of them are especially good (especially the Demigod is not exactly a gamebreaker in EDH), but I'm a big fan of the Spirit Avatars as a card cycle and an Avatar deck would be the perfect opportunity to run all of them in a single deck (at least I'd want to run them all if I were to make the deck). It's up to you.

Actually, Nobilis of War is better than I was thinking since for the turn they'll be 3/4s for your opponent while all yours will be 5+/4s so they can't trade without combat tricks.

Flooremoji, Mirrorweave can be cast in combat targeting Wilt-Leaf Liege to turn all your attackers into 4/4 lords that pump each other for +2/+2, if your opponent lets a couple tokens past their blockers it can easily do lethal out of nowhere. Alternatively you can turn all creatures into Stillmoon Cavalier and swing in past their board since all your attackers have protection from white and black and all your opponent's creatures become white/black, this can help for getting in the last bit of damage. (unfortunately can't pump and then copy, as the copies will still be 2/1s) Nobilis of War is also an option, but not quite as consistent as Wilt-Leaf Liege since they don't get a buff to toughness so opponents can still trade one-for-one.

DrukenReaps on The Gods need your help!!!!

A friend of mine built a god deck and was having trouble with devotion so he included some of the following and they really helped.

Deity of Scars, Demigod of Revenge, Deus of Calamity, Divinity of Pride, Dominus of Fealty, Ghastlord of Fugue, Godhead of Awe, Nobilis of War, Overbeing of Myth, Oversoul of Dusk, Progenitus.

He only runs 3 or 4 of them but most of them are interesting options to run. Fist of Suns is also really nice in his deck.