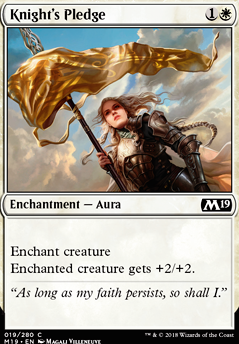 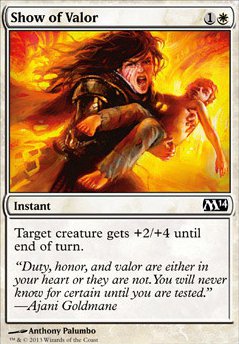 -4 Ajani's Welcome +4 Soul Warden for starters. No 7 or 6 drops without ramp. +2 Ajani's Pridemate. +4 Soul's Attendant. I would make this kinda like a soul sisters deck with life gain rather than base the deck completely on angels.No Knight's Pledge or Seal Away. -2 Entreat the Angels. That card is a dud opening hand or drawing it turn one/two. I would take out the Darksteel Citadels. There is really no reason to play them. 4 Angel of Vitality. In a life gain angel deck it's busted. If you can afford it I feel like a couple of Resplendent Angel would be good. Good luck!

If you really want to stick with the knight theme, you can sub Knight's Pledge for Bonds of Faith and then add in some more removal - Pacifism , Oblivion Ring , etc.

I was wondering: as this is a mono-white deck, why for 2 CMC not to replace Knight's Pledge with good old Crusade? True it is only +1/+1 instead of +2/+2, but it would pump all of your creatures instead of a single one, so if you play more than one it would have a better effect on your board.

I would also replace Righteous Blow with Swords to Plowshares and/or Path to Exile.

Also be careful with not having any way to deal with artifacts or enchantments, because in Legacy you could face many broken cards of these types.

Oh, I thought you had Knight's Pledge's. Novice Knight becomes so good if you have both in 4 times. I do think that Druid of Horns is good if you "missed" early game, also he isn't as effective if you can't give him Hexproof. For that purpose, I recommend Shalai, Voice of Plenty ! It's really good to give Hexproof to all your creatures, and she's in the right colors too. Also, I'm about to try a Rogue list, with 3-4 Dub's and History of Benalia's. I'll tell you how it goes if you want to.