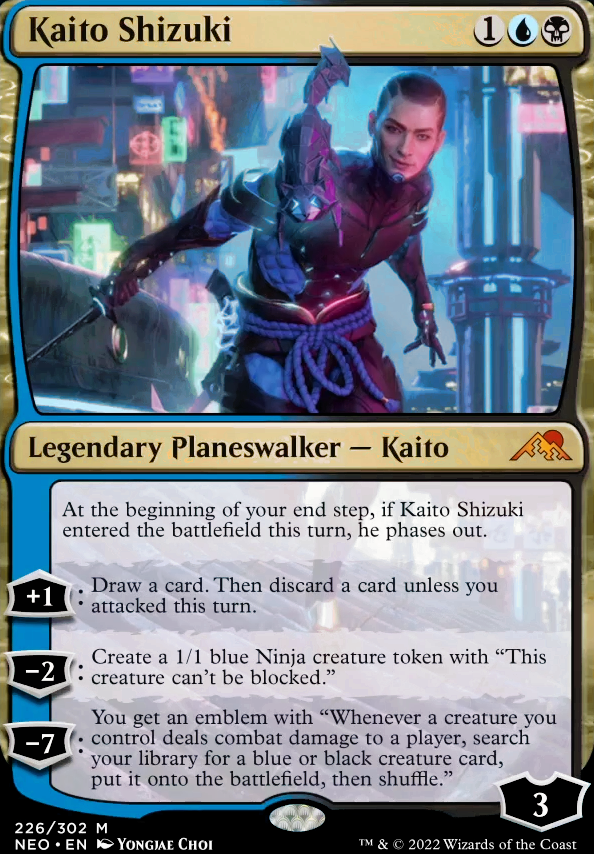 At the beginning of your end step, if this entered the battlefield this turn, this phases out.

+1: Draw a card. Then discard a card unless you attacked this turn.

-2: Create a 1/1 blue Ninja creature token with "This creature can't be blocked."

-7: You get an emblem with "Whenever a creature you control deals combat damage to a player, search your library for a blue or black creature card, put it onto the battlefield, then shuffle your library." 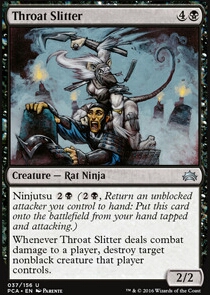 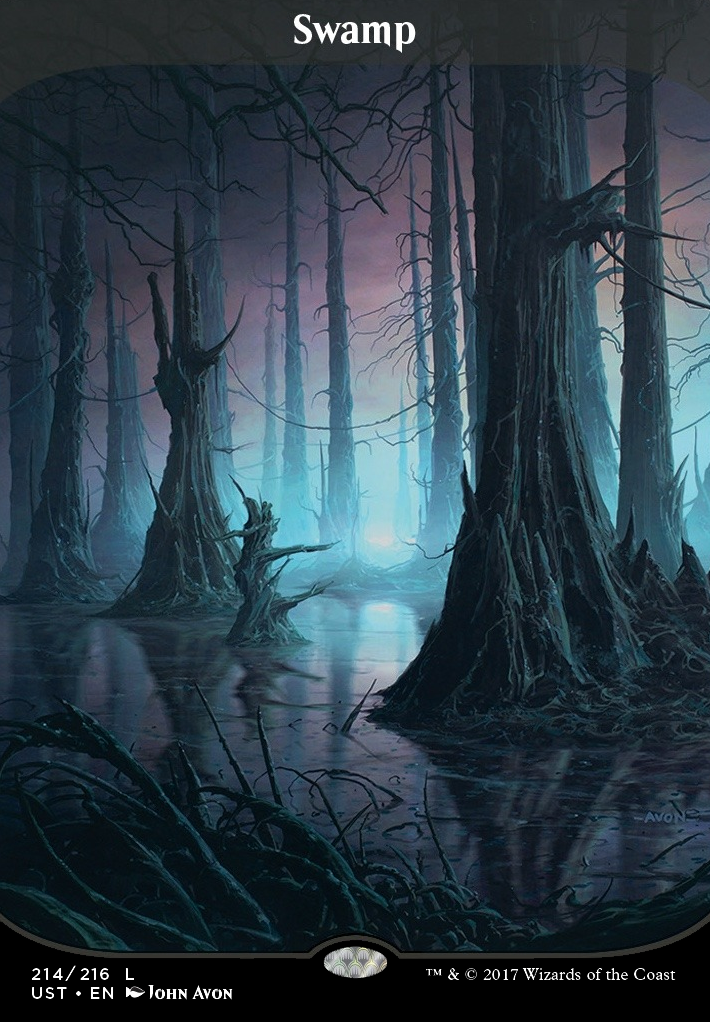 It doesn't matter it's just weird to see Jace with Swords

griffstick on Your Cheap Obscure Overperformers?

But there is Selvala's Stampede

A suggestion would be to add some copies of Fatal Push since you're already in Dimir/UB. Fatal Push synergizes with Ninjutsu activating the Revolt requirement. Copies of Counterspell over Negate I think would be outright better for your brew too, being more U than B the UU shouldnt be hard to get over (1)U.

As for Win cons; I completely hear you. Ninjas are kinda soft in that department but there are options. Kaito Shizuki as you already have I would consider one, Mist-Syndicate Naga is an extremely sleeper card IMO, never seen something get out of control so fast. Fallen Shinobi is another option, being a fatty (5/4) it's hard to remove and can win off value from 1 connect. Albeit; it can also whiff and get nothing or sit in your hand w.o a way of getting on board.

I'm surprised to not see any copies of Ingenious Infiltrator in your brew. I would say II is genuinely the strongest Ninja printed currently in MtG. Outside of Ninja Tribe there can be other Win-Cons included; I run Faeries as my Enablers so I also run Bitterblossom as a Win-Con.

Kaito Shizuki and The Wanderer are both from Kamigawa.

When ~ enters the battlefield, until your next turn, if a creature an opponent controls would deal combat damage to it, destroy that creature.

-3: Draw cards equal to the number of either Snakes you control or Serpents you control, then discard a card.

I like my static ability of "Deathtouch" on the planeswalker for 1 turn. Make another planeswalker with a one-time-use ETB trigger, like The Wandering Emperor and Kaito Shizuki.

Diversity Thanks for the comment! I replaced Training Grounds with Heartstone and as far as unblockables go I know its a tad low but there are a few flyers and Higure, the Still Wind as well as Kaito Shizuki to kinda make up for it. Though I do want to find some space for more. Once again thanks for the comment!!