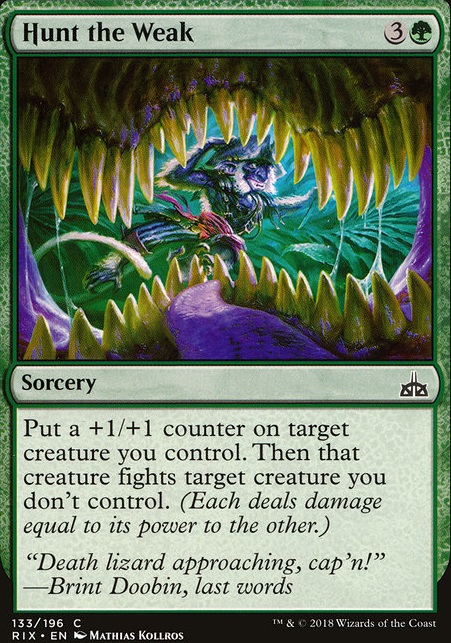 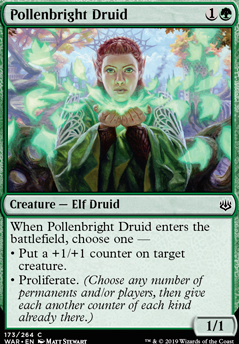 Cheatin' with Counters
by Jayalaben 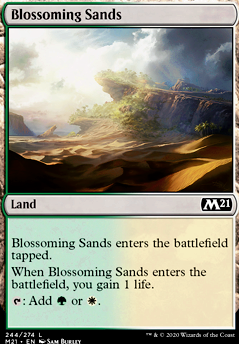 Maybe Omen of the Dead instead of Disentomb because this deck likes enchantments and you can get the scry later. Hunter's Edge is better than Hunt the Weak unless you have an enrage trigger like that earlier comment or you want the creature to die. Both of those are unlikely. I wouldn't use either though, because they are too expensive. Prey Upon and Ram Through are way cheaper in terms of mana. These are just some good +1/+1 cards: Grakmaw, Skyclave Ravager, Enduring Scalelord, Conclave Mentor, Wildwood Scourge goes infinite with the scalelord, and AnafeNza is good for +1/+1 counters and locking down your opponent's graveyards.