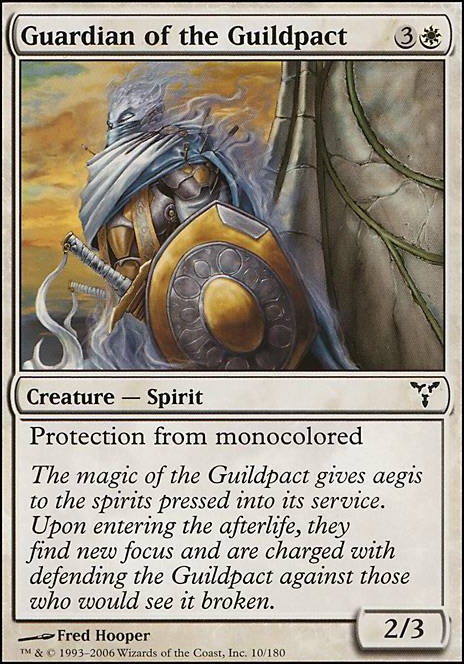 Guardian of the Guildpact

The Half-Blood Prince
by griffstick 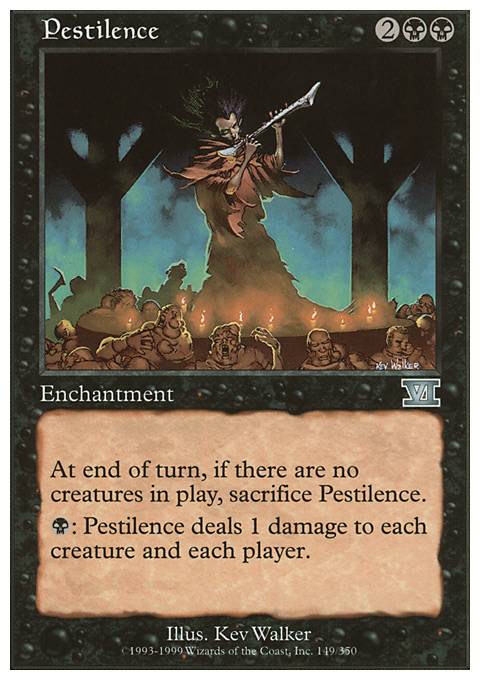 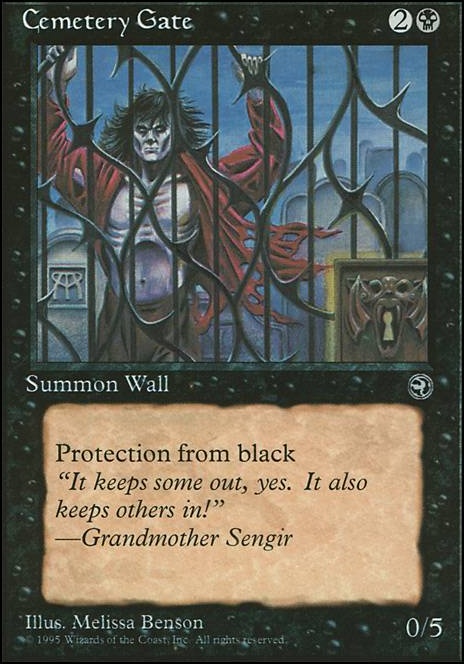 Guardian of the Guildpact Discussion

Flooremoji that is an excellent suggestion!

Chainer's Edict is a great option, plus I automatically lose to Pestilence probably so that can be a helpful answer to Guardian of the Guildpact too. Thank you!

Pestilence decks are a known archetype in Pauper. They are most notably in Orzhov colours, which help with many aspects of the deck.

As fun as it is to win with Pestilence (one of my favourite cards!), Crypt Rats is a great addition for consistency and because it can be recurred with cards like Unearth and deals its damage in chunks, making it possible to draw the game in some scenarios.

Most pauper decks have pretty small creatures, so deploying a few x/3 is often enough to have your Pestilence survive and establish a pretty good soft-lock. Something like Cuombajj Witches goes a really long way in keeping your enchantment alive and is also excellent removal in this format. Thorn of the Black Rose is incredible on an empty board and also has the prerequisite 3 toughness.

If you want to keep it mono-black, there's also Cemetery Gate and Wall of Tanglecord that have big butts to survive damage and also block for you in the early game.

If you move into White, you have a lot more options. Kor Skyfisher, Aven Riftwatcher, Thraben Inspector, Guardian of the Guildpact, Palace Sentinels... not to mention all the pro-Black cards you gain access to and the versatile removal.

I would take out some syphon life and add lands, mostly the gain and bounce lands. Change sign in blood for Night's Whisper as it will be easier on the mana (I have more fun with Sign but I think this is a good change)

Maybe take out 4 Temporal isolation for 2 Journey to nowhere and I would probably play Guardian of the Guildpact with pestilence, its really good!

Maybe add some monarch but thats more on maybe

Pauper is a really fast format, so you need to hit more action than lands. Control decks generally run ~21 lands with some amount of Ash Barrens and/or Terramorphic Expanse . The main reason some decks, other than control decks want to hit their land drops is because they're running Skred , which needs around 5 lands to be optimal.

Blue is also a very dominant color and it has access to Ponder , Preordain and Brainstorm which allow them to make their land drops more consistently, even though they run fewer lands.

In your case, you're not playing Skred , this is not a control deck, and you're running blue. These are all good reasons to trim down on the number of lands. If you really want to run 21 lands because you really want to hit your land drops, I would definitely consider some Terramorphic Expanse and/or Ash Barrens as well as a couple of cycle lands ( Lonely Sandbar and Secluded Steppe ) in your case.

I had missed it the first time, but I see you're running Guardian of the Guildpact which is fairly expensive for your type of deck, especially since you're running Deprive . If I were you, I would probably cut it for another cheap flyer like Faerie Seer but at this point it might be better to turn your deck into a Faeries deck because Spellstutter Sprite is just too good, which I feel is not the intent of your deck.

Anyways, I hope I helped ! Tell me if some things weren't clear enough, I'm glad to help out some fellow pauper player