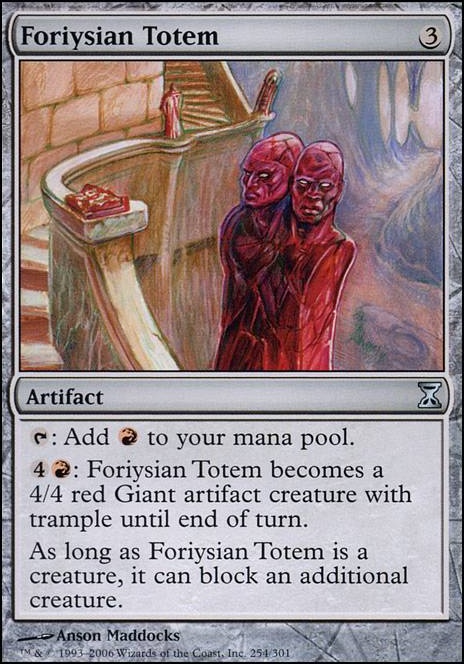 As long as Foriysian Totem is a creature, it can block an additional creature.

I'm not a big fan of those types of boardwipes in a deck like this. I could maybe see them making it in if my meta got more enchantment heavy. Unstable Obelisk would be my #1 pick for enchantment removal.

Mind Stone might make it in over Foriysian Totem . I find myself rarely activating it's ability, but the red mana is always useful in such a heavy deck.

I love Rakdos land destruction. Let me give you some suggestions!

Fulminator Mage because its just a good card.

edit: forgot Crumble to Dust - high CMC but is decent in modern because of all the nonbasic lands

Combo: Basilisk Collar combos with Furnace of Rath and Heartless Hidetsugu for insta-killing everyone. Life gain on other creatures is helpful. Library of Leng is awesome with wheel effects, it lets you keep the cards you want!