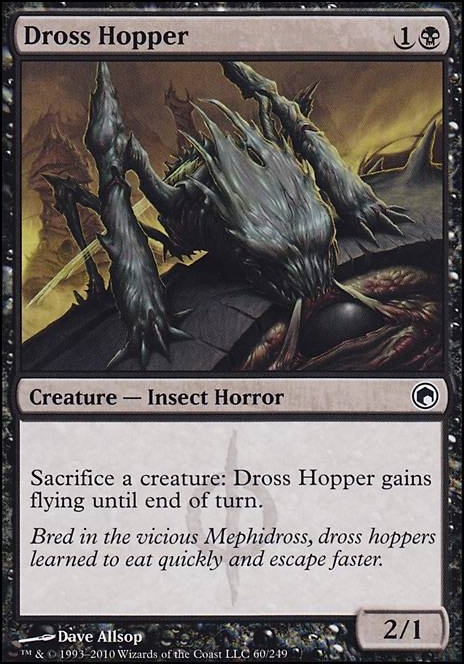 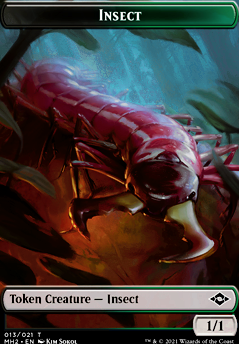 regarding alternative sacrifice outlets - Carrion Feeder , Viscera Seer and Dross Hopper are cheap, free sac outlets Iâve had success with in my Teysa, Orzhov Scion and Mazirek, Kraul Death Priest sacrifice decks. Having sac outlets you can reanimate has been incredibly useful.

What are your feelings on Dross Hopper

thewyzman - much easier to tutor for in this deck (Survival, Worldly), recurrable with Meren, adds 1 devotion to black, and most important of all 2 CMC. Also doesn't get shut off by Null Rod. Dross Hopper is also in this list which is even worse than Bloodthrone, but still better than Ashnod's.

Thanks for the input Fayrawks, But I think Dross Hopper is better beacause it provides it's own death trigger. I might test Lightning Coils, but i don't think it will make the cut. I try to win that turn, so the 5+ elementals aren't ideal.

Thoughts on Spawning Pit to replace Dross Hopper? And maybe replacing a Return to the Ranks with a Lightning Coils?