Whenever this creature mutates, destroy target creature or planeswalker an opponent controls.

Otrimi, the ever mutating #57
by butter83

Brokkos, Apex of Forever
by ashby4

best tip is probably to use green to ramp your mana, green is great with ramp so cards like Rampant Growth Cultivate and Kodama's Reach are great for that Sol Ring is a great card for any deck as well, ramps important if your commander is expensive.

a mutate theme is very strong, and a resurrection theme is strong too definitely add some more mutate stuff tho something like Dirge Bat might be a good addition

When you copy the Gemrazer (I assume? There is no "Gemsmasher".) the copy copies the choices made when casting it, so the fact that it was a mutate spell and the targets. The copy effect does not allow you to change targets.

Assuming everything resolves with no further interaction you will first mutate a token Gemrazer onto the Dirge Bat and you will destroy an artifact or enchantment and a creature. Then you will mutate on the normal Gemrazer and destroy two artifacts/enchantments and one creature.

Gidgetimer Exactly your last scenario...just not with Dirge Bat. There are other reasons to make the token for

But if you'd like to re-read my above comments, I had agreed with you. It was merely a quip to a "possibility" I didn't say it was viable. I believe I included the word Cringe in my comment.

I do not understand why the tapped out community feels such a need to argue with one another over to who is right or wrong and this seems to be a thing that repeatedly occurs with people even in such a manner a picking apart words.

I wanted to address this issue, but I felt the need to wait to see if you responded.

I would like to think tappedout is a resource to help people build their decks, come up with new ideas and even better their strategies/builds/and even playing, but the way these suggestions are made... smh.

defamagraphy1 please re-read my earlier comments. I am not saying that the copy will get destroyed and not enter. Maybe an example would help. To keep this simple let's just use a single card instead of an already merged permanent for the base creature. We are assuming that no one would like to take any actions beyond what is specified just to not add priority passes.

If instead you had cast Unsummon at step 4 what would happen is:

defamagraphy1: Is there an interaction I am missing, or a ruling on this card that I haven't seen?

Lithoform Engine makes a copy of the permanent spell and that copy becomes a token. It does not copy the permanent that the spell becomes. Copying a spell copies all choices made for the spell and nothing is letting you change any of those choices. This means that if you cast Dirge Bat for mutate targeting a merged permanent (a "mutate pile") and use Lithoform Engine on it you will get a second Dirge Bat who's mutate cost was paid targeting the same merged permanent. If you bounce the pile it will destroy the token copy. 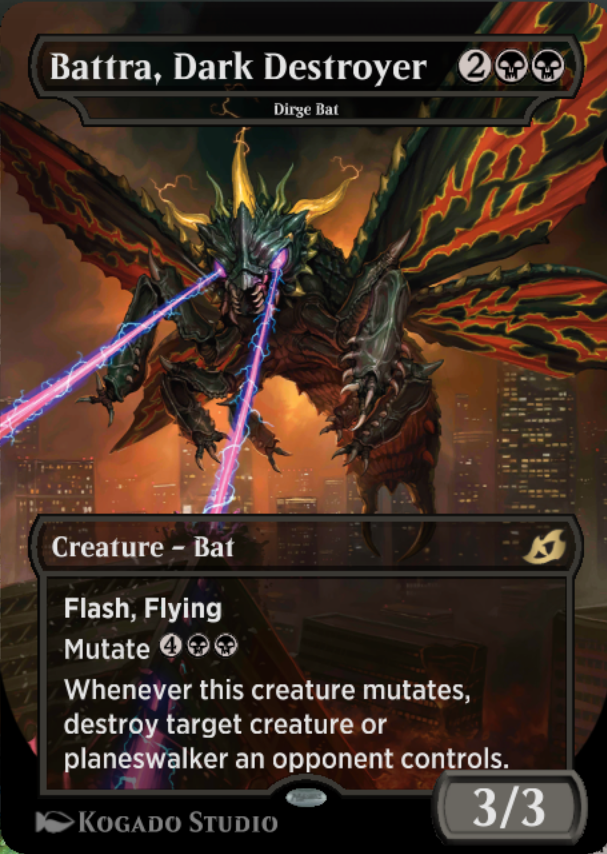 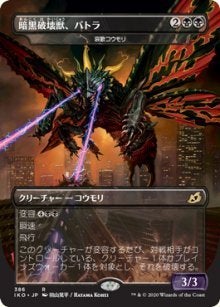