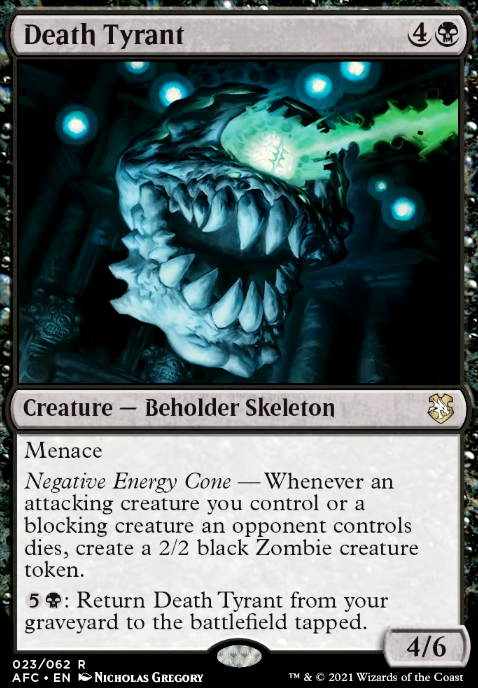 [[symbol:5]: Return this from your graveyard to the battlefield tapped. 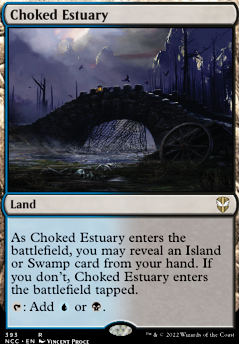 honestly I just value token generators, Death Tyrant is an interesting interaction for its slice of the pie and id like to see how that works. A lot of the time Im wanting more creatures to apply more pressure with this deck, or at least in the games i've experienced with it

You asked me about recent adds. Karazikar, the Eye Tyrant slots in either your "Value" category or potentially "Survive" category as being Voltron'd is less of the threat with him & one big battlecruiser coming my way has been more of a problem for the spider than swing-wide. I added Fevered Suspicion because it is a fun bomb... but doesn't seem as on-point for you. Den of the Bugbear & Hive of the Eye Tyrant have been good utility lands for me.. One making more polymorph fodder. The other being more gravehate. Death Tyrant self-enables recursion & keeps the zombie train rolling.

I have Chatterfang, Squirrel General , Death Tyrant and a 1/1 squirrel token. I attack with my token and it goes unblocked. Can I have it do damage, and then sacrifice it to chatterfang and still have death tyrant trigger?