Whenever you cast an enchantment spell, you get an experience counter.

: Put a white and black Spirit enchantment creature token onto the battlefield. It has "This creature's power and toughness are each equal to the number of experience counters you have." 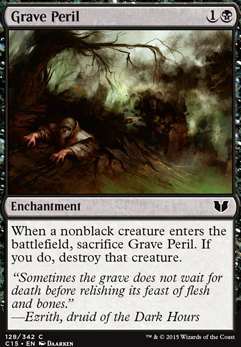 Curse of the Horde
by Crizspyyy

This is Gospel
by levy120 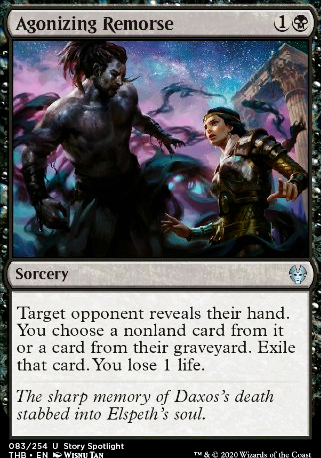 Daxos the Returned EDH
by ventergh

Daxos, Police of Fun
by Frd123

Zur the Dom
by Vessiliana

Curse of the Horde
by Crizspyyy

In place of marchesa, or another card perhaps, have you considered Daxos the Returned for a back up win con? after all, he is Alesha return-able? or would that make it feel a bit "same-y" with actual daxos returned decks for your taste?

Hi Kirded, I though quite a bit about Daxos the Returned , but I think he is not benefitting enough for this deck to be played. With only 7 enchantments he is not really contributing much to the experience count. His best ability would be generating other beaters, which I find the deck does not really need. The deck is heavily focused on Kelsien, the Plague , and deviating from that tends to destroy the delicate balance, that keeps it together....

But if you're going for voltron, don't you think adding Daxos the Returned to get experiense counters faster should be a good idea?

Daxos the Returned might give a couple more exp counters but more importantly use the ones you already have to make blockers etc.

Tariel, Reckoner of Souls can bring out all the guys you murdered

If you're going to give deathtouch to a pinger you have to have get Goblin Sharpshooter, Wojek Embermage and maybe Frostwielder. coumbajj witches would be turned against you.

Proliferate affects Exp counters so anything with that would help.

Daxos the Returned could offer a source of blockers at least.

War Room: Not bad! ChannelFireball's article covers most of it; fine in e.g. mono- or even mono- to make things a bit more reliable

Thalisse, Reverent Medium: it's not quite Anointed Procession in the command zone, but I like it. Strionic Resonator triples the number of created Spirits. Temporary tokens from Tombstone Stairwell and Lightning Coils still count. Finally, it doesn't specify creature tokens, so with Pitiless Plunderer and a sac outlet, in response to each turn's trigger, you can sac the Spirits of the previous turn to get Treasure, only to have those Spirits replaced by new ones!

Vow of Torment: took me a second to parse that the point of this was further the deprecation of intimidate.

Promise of Tomorrow: More experiments in card advantage! I like the art and name, very hopeful and wholesome.

Ghen, Arcanum Weaver: the art for this looks more to me than anything, but whatever. Enchantments with ETB abilities are obviously nice, e.g. Act of Authority, Demonic Lore, and Sage's Reverie (no Induced Amnesia and Hatching Plans in the 99 tho, sorry). Spirit Loop-styled cards and enchantment tokens from e.g. Daxos the Returned can be used for sac fodder. Sagas can be recycled (you can loop Fall of the Thran if you really want to).