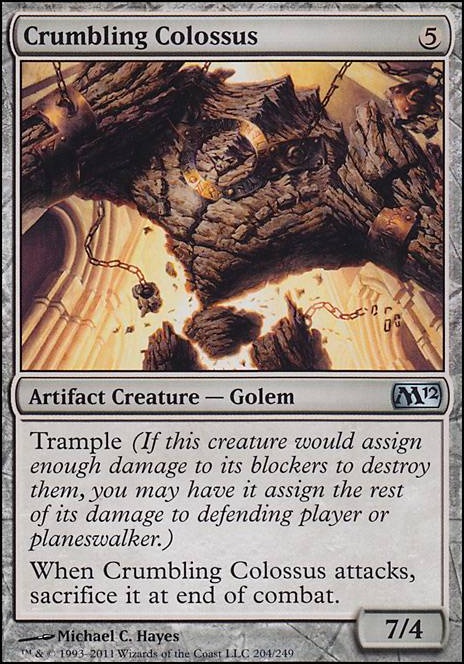 When Crumbling Colossus attacks, sacrifice it at the end of combat. 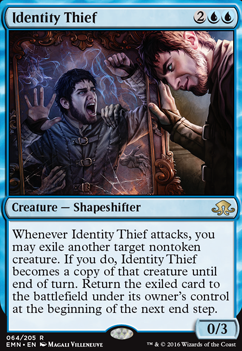 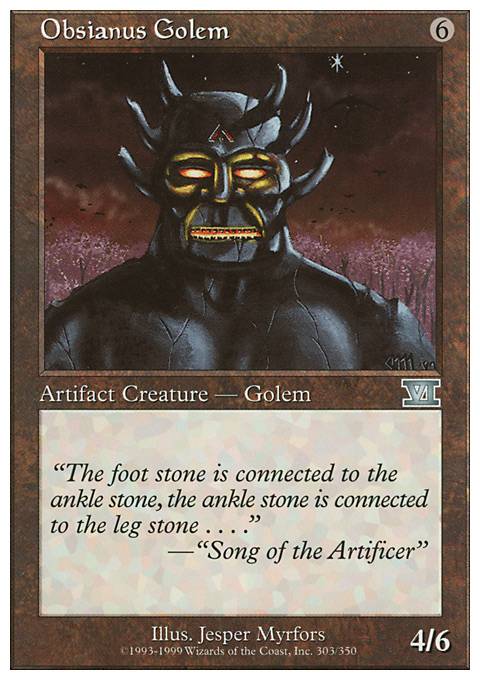 Welcome everyone! You are all a testament to the amazing community we have her on TappedOut. I called for help, you all answered. My cup overfloweth.

MegaMatt13 - Thanks for the comment! Yeah I think I will be putting more plains in. That will also help if I decide I want Emeria Shepherd as well. Nim Deathmantle is great but the mana ramp required just seems to expensive to for me atm, so I'm straying away from it for now. Molten Primordial may be a good finisher and yeah, Sun Titan is going in. I'm at least putting Gratuitous Violence in soon, not sure I like the double edged sword of the others. I stay away from them because of my brother's Zurgo Helmsmasher deck. And I like the tucking/exiling board wipes because of my friend's sliver deck. Thanks again!

jwe94 - Double dipping commenting ;) Thanks! I like Flayer of the Hatebound. The rest don't really seem worth it. Stalking Vengeance used to be in here but I found it's too slow/costs too much. Thanks again!

Oloro_Magic - Thanks for stopping by! Bonehoard looks neat and Moltensteel Dragon could be great as I'll usually have a lot of life. I'll try em out! the rest are either too expensive(looking at you, Chandra), or just don't seem like the best fit. Appreciate you commenting!

zandl - I like all those lands, I'll add them in eventually. Sun Titan is going in. Universal damage doublers are too risky with my brother's Zurgo Helmsmasher deck. Gratuitous Violence will find a place though. Thanks a lot!

TheHamster - Hi again! Just figured you'd like to see the progress! You were my first commenter hahaha! I'm pretty happy with what it's become. Thanks!

landofMordor - Thanks for the comment friend! I have Insult / Injury and will be adding Gratuitous Violence. The others are too risky. Heartless Hidetsugu may work... I'll think about him. I like the Ball Lightning cards too much. It's the main gimmick of the deck so I won't be giving them up haha! Checked out you deck; very nice! Thanks again for stopping by!

Daedalus19876 - Thanks for all the advice! I've actually already seen and upvoted your Judgement Day haha! Gratuitous Violence is going in. Felidar Sovereign will be leaving me soon so I won't add ToE for the same reason he's leaving. Crumbling Colossus will be cut soon-Iroas, God of Victory you think? I've kept Kor Cartographer in the sideboard for that very reason. He'll probably find his way back in. Yes I've been needing more removal and those are all good options. Enlightened Tutor may find a place even with Sunforger possibly being cut. I also think you're right about the 2 cost mana rocks... good advice. All those card draw options are amazing but very expensive. Will keep them in mind but for now I'll find cheaper alternatives. Thank you a thousand times my friend!

freakingShane - Thanks for the kind words friend! Yup, the Bracers are going in. All those other cards I'll consider as a package, may perhaps replace my Sunforger package with them. Thanks a ton!

Forkbeard - Thanks for the upvote! I will consider Enlightened Tutor! Definitely an upgrade for Open the Armory. Thanks again!

clayperce - Appreciate it man! I've never had an issue with Temple of the False God. Works fine for me. Taurean Mauler doesn't work because of my friend's Sliver Overlord, but Sunscorch Regent is nice. Also adds life gain! Other people's treason effects aren't an issue. Never have enough pre-combat mana for Rogue's Passage. I'll consider Chandra. Thanks a lot!

Again, just want to thank you all for the kind words and advice! I've got a lot to think about!

Overall, the deck looks good, especially on a budget! I'm a fan of RW as an EDH color combination - if you want to look over a deck in exchange, and also find some cards you might use, I'd appreciate if you'd look at my Judgment Day: Avacyn the Purifier EDH | *PRIMER* deck haha.

I feel like your deck could use a Gratuitous Violence. It would double the damage your hasty creatures deal, while also doubling the damage (and life gain) you reap from Brion throwing them. To spit it out earlier, you could run Academy Rector, and use Brion to sac her :)

I would highly recommend Test of Endurance over Felidar Sovereign: cheaper, and harder to remove.

Crumbling Colossus is your weakest high-power creature by quite a margin, and would be my first cut.

I'd also consider finding a slot to put Kor Cartographer back in: RW does not get much ramp, and she can fetch a Sacred Foundry if you decide to buy one.

You have Swords to Plowshares in here, but there's other removal you might want to be playing (Path to Exile, Oblation, Chaos Warp, etc). Also, add an Enlightened Tutor to your Sunforger Package; you'll thank me later haha.

Your ramp is...marginal at best, I'm afraid. I personally would try to play all of the 2-mana rocks you can, since they let you cast Brion on T3. That suggests Coldsteel Heart, Fellwar Stone, Fire Diamond, Marble Diamond, Iron Myr, Gold Myr, and Mind Stone (listed from best to worst). Normally I'd suggest Mana Crypt too, but it's worth half as much as your deck in total ;) I'd cut your 3-mana rocks wherever possible.

RW always lacks card draw. You literally only have 2 cards in this deck that can draw you cards, however. That is a PROBLEM. I'd recommend getting a Memory Jar, Wheel of Fortune, Reforge the Soul, and Wheel of Fate. Yes, I am aware of the cost of Wheel, but it's vital to your deck, and it's a good investment (price keeps going up, and it's good in every red deck). If you're feeling fancy, Scroll Rack+Land Tax is another super good combo ;)

Suns_Champion on Advertise your COMMANDER deck!

I'm trying to use Brion Stoutarm to fling creatures I would have to sac anyways, like Spark Trooper or Crumbling Colossus. Since I already have to sac them, cards like Hazoret's Favor and Fatal Frenzy have no downside. Any and all suggestion/help is welcome as I've just started building this deck and want to make it good. Thanks!

With Glitterfang and Oni of Wild Places, you need to return creatures to your hand. Why would you do that? You have no ETB (enter the battlefield) effect. I'd also remove all the artifact creatures, except maybe Crumbling Colossus who can be useful only if sacrificed with Fling. I don't like Hanabi Blast because you have to discard. I'd remove Shinka, the Bloodsoaked Keep and keep it for a deck that has more than 2-3 legendary creatures. Steel Overseer is made for a deck consisting of almost exclusively artifacts. You don't have much flying creatures, so you have to hit hard and fast in order to win against decks with many flyers.