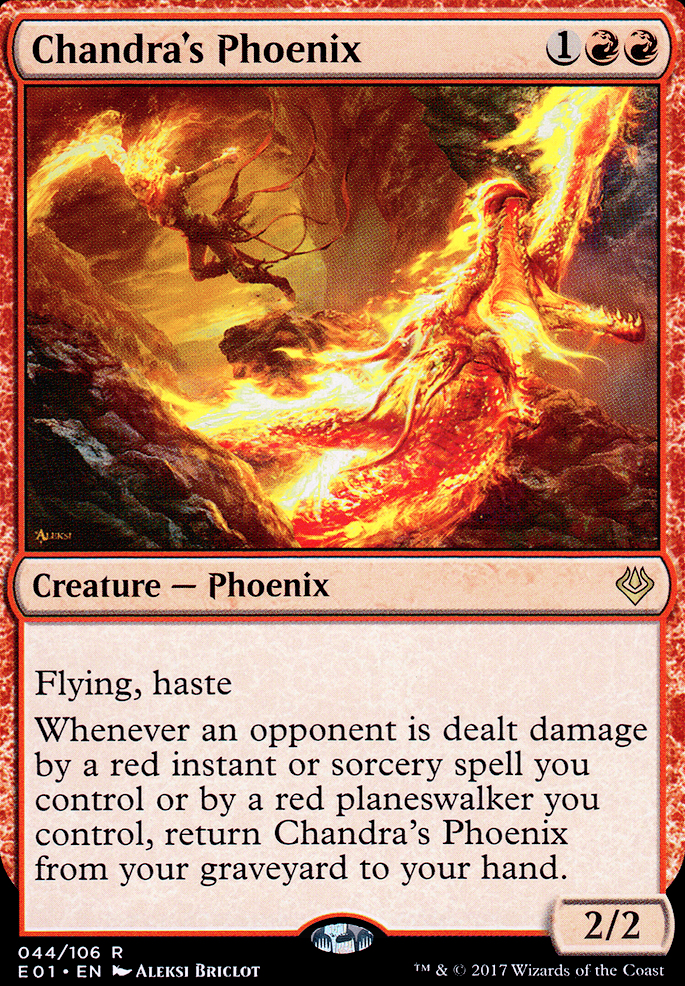 Whenever an opponent is dealt damage by a red instant or sorcery spell you control or by a red planeswalker you control, return Chandra's Phoenix from your graveyard to your hand.

Touched by Fire
by KayneMarco 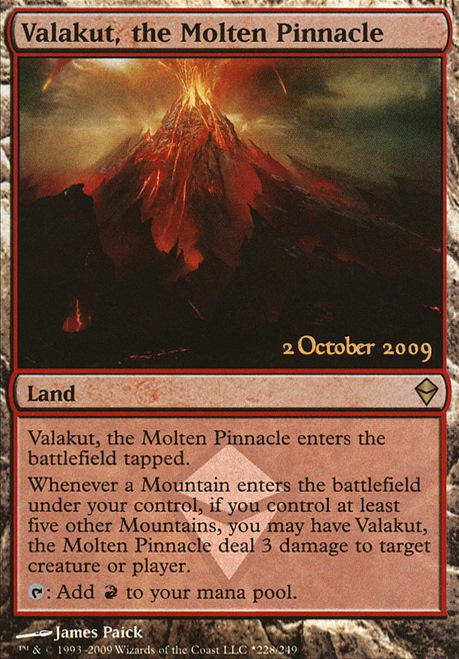 I agree a Phoenix commander would be dope. When I first started I had a Chandra's Phoenix casual deck. And of course I love Arclight Phoenix .

Anger of the Gods seems risky... you wouldn't want to be forced to set it off and accidentally send your own Chandra's Phoenix to The Shadow Realm. Maybe Flamebreak or Slagstorm would better serve your purposes? They both have the potential to damage your opponent, too.

715.3b While on the stack as an Adventure, the spell has only its alternative characteristics.

Does Bonecrusher Giant work to bring back Chandra's Phoenix When Stomp is cast?? It does right?

That seems like a few too many planeswalkers. Seems like you could cut some of the weaker ones in order to make your deck more functional, without compromising on flavour. My initial thoughts would be cutting Chandra Nalaar, Chandra, Bold Pyromancer, Chandra, Flame's Catalyst and Chandra, Pyrogenius.

I have a Chandra Tiny Leaders deck with Chandra, Fire of Kaladesh as my general. One of my favourite synergies is with Chandra's Regulator and Chandra's Phoenix, which becomes a real draw engine with any damage output from your planeswalkers.

Chandra's Spitfire is also one of my favourite ways to churn out huge amounts of damage very quickly. It can easily deal 7+ damage a turn. In the same vein, Chandra's Pyreling can be equally devastating, though lacks evasion.

Chandra's Embercat seems pretty good as an elemental that is also a 2-drop and that ramps you into bigger Chandras.

In terms of removal, I would really recommend Pyroclasm as a board wipe. Chandra's Triumph also seems better than what you're currently running. I personally like Devour in Flames, but it may not be worth the tempo loss. Fiery Impulse may as well be your Lightning Bolt. I would remove Chandra's Outburst, Liberating Combustion, Chandra's Pyrohelix or Flame Lash for any of these spells.