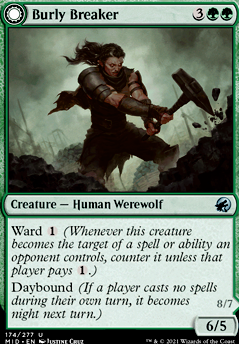 Ward (Whenever this creature becomes the target of a spell or ability an opponent controls, counter it unless that player pays .) 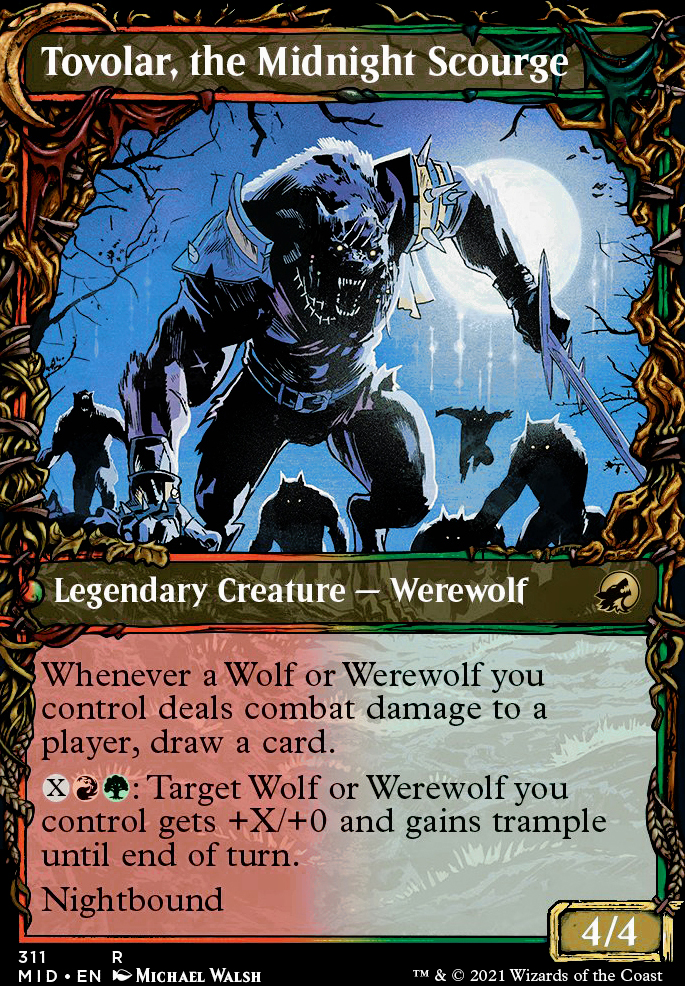 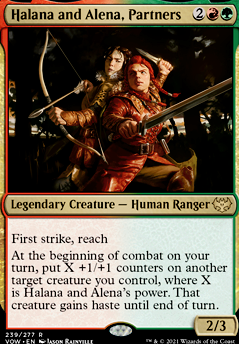 A hunt in the Dark
by CasualCucumber

Werewolves on the hunt
by agentrex 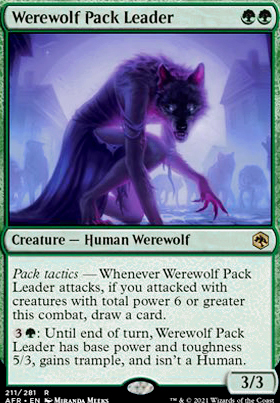 Night out on the town
by Jesspacito

The Pack's Revenge
by AustinSchessl

The Music of the Nighthowling

Thank you, Ziabo! My friend recommended cutting Arlinn and Waxing Moon, but I was waffling on them, so thank you so much for giving a second opinion! I cut those and Burly Breaker Â Flip, but I cut Silverfur Partisan instead of Sword of Body and Mind. Iâm keeping that in there for now, since it gives my commander protection, evasion, and token production. I will keep it mind for future cuts, though! Thank you!

The Music of the Nighthowling

I'd drop Burly Breaker Â Flip he's a heavy cost for little to no reward.

Arlinn, Voice of the Pack cost quite a bit for what she does.

Sword of Body and Mind I see why you added it but it has pro green which means you lose interaction with equipped creature as well. The token creation is cute but has to make contact with a player which might not always happen.

Waxing Moon Just cuz you need 1 more card out and Idk what else I'd drop lol.

Hopefully this helps. This is just my opinion.