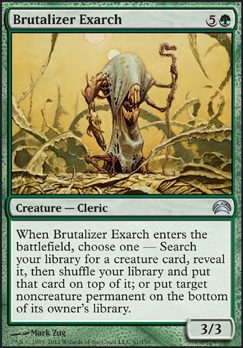 When Brutalizer Exarch enters the battlefield, choose one - Search your library for a creature card, reveal it, then shuffle your library and put that card on top of it; or put target noncreature permanent on the bottom of its owner's library.

You should take Duplicant out of the maybe board and put it in the deck. Such a powerhouse of a card in Roon. I think you'd get a lot of really great value out of adding Sludge Monster as well. It doesn't exile the card, but that makes it better at dealing with commanders. You massively cripple commanders by hitting them with Sludge Monster, and because they're still alive, they can't just be recast, they've gotta be dealt with by someone first. With commander-centric decks, it stalls them out entirely for at least a few turns.

Brutalizer Exarch is another one that would be great in here. Repeatable creature tutor and battlefield control, all in one.

And you should put something like Craterhoof Behemoth in here for a finisher. The battlefield control in this is pretty good, but there doesn't seem to be a win-con aside from either attacking them for a very small amount of damage each turn or hoping your opponents scoop out of frustration. With a deck this heavy into control and battlefield manipulation, you need something to end the game relatively quickly or people won't want to play against it. Doesn't necessarily need to be craterhoof, but that's a real easy one card win-con lol.

Less necessary but a fun addition if you find the space for it at some point, Sundial of the Infinite is an easy way to permanently exile opponent creatures. Blink a creature with Roon or Mistmeadow Witch or something, then activate the Sundial, those creatures don't come back. 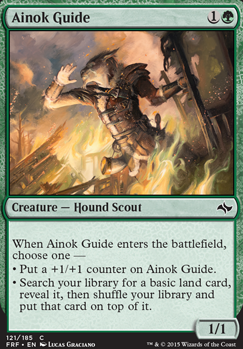 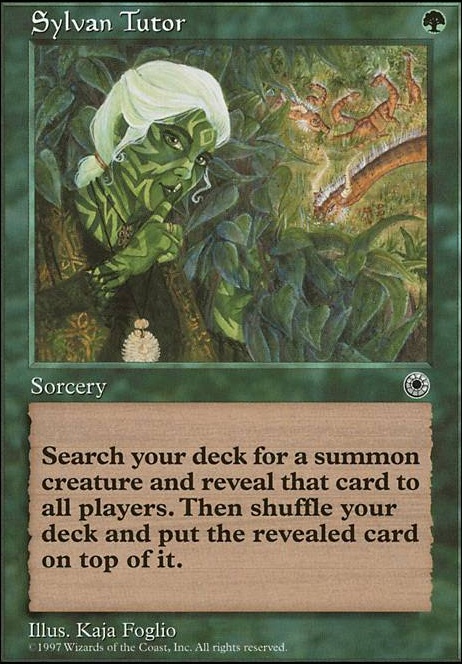 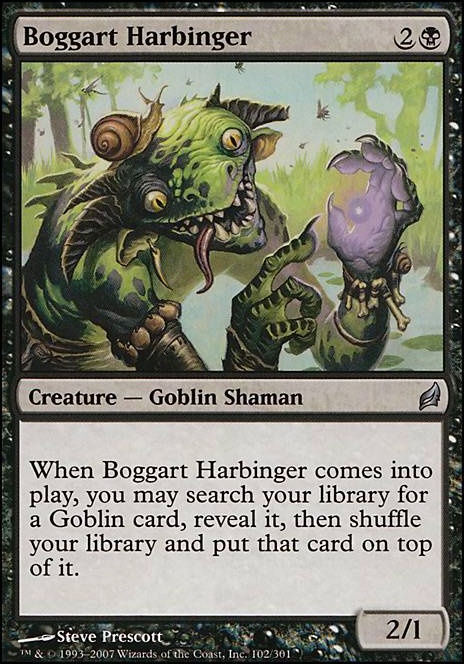 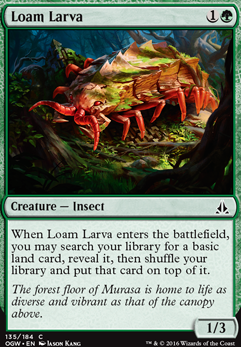 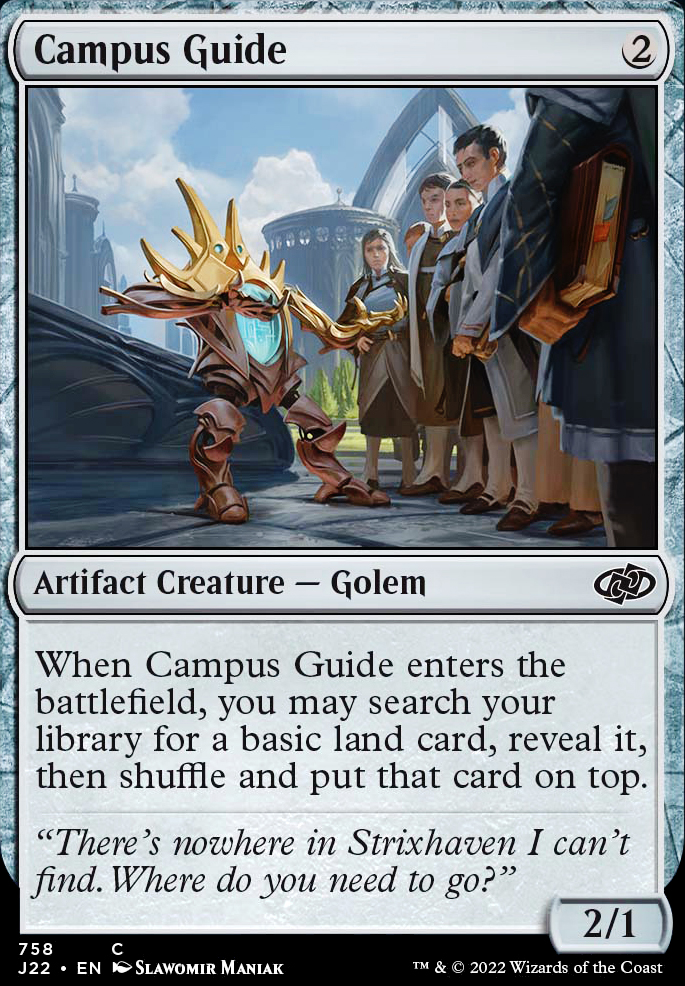 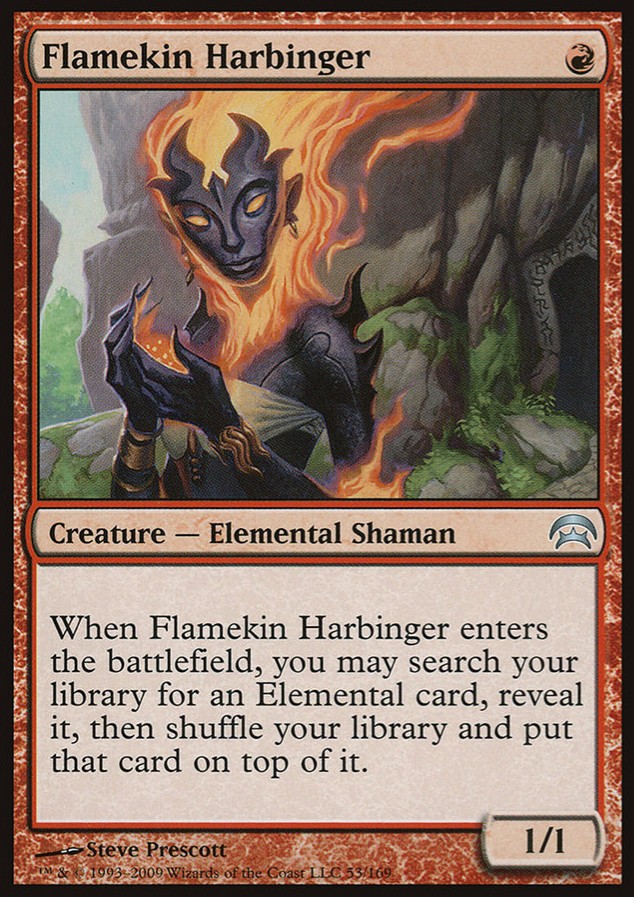 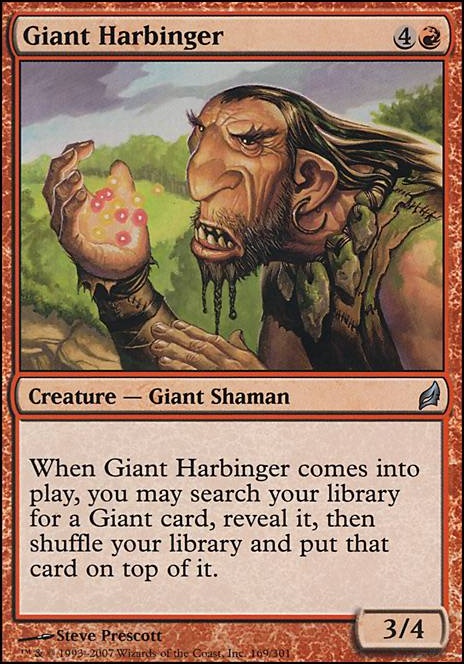 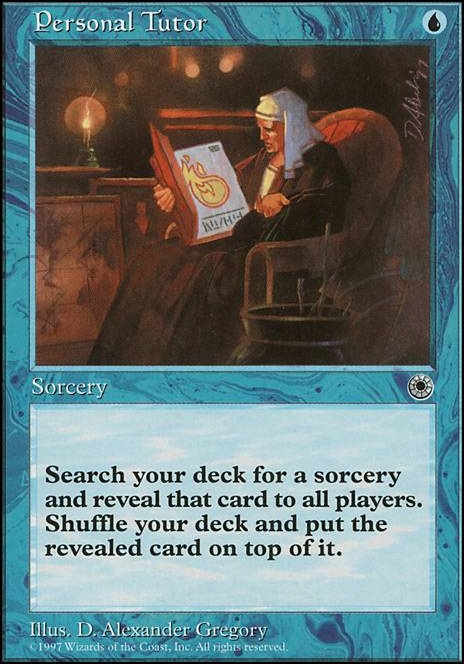 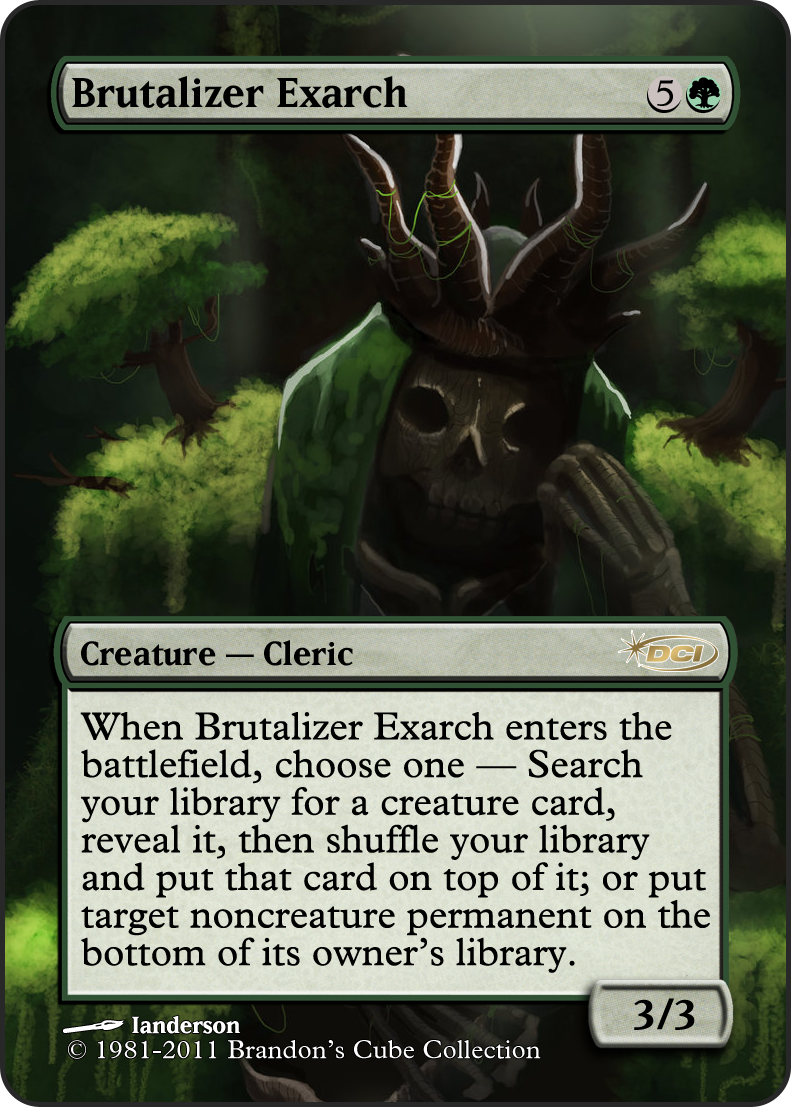