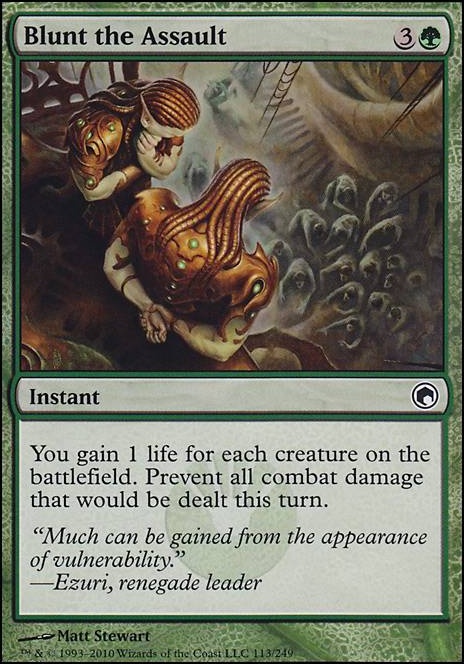 You gain 1 life for each creature on the battlefield. Prevent all combat damage that would be dealt this turn. 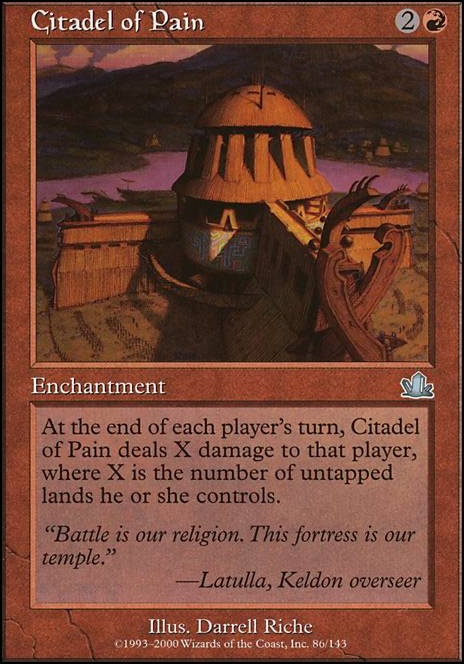 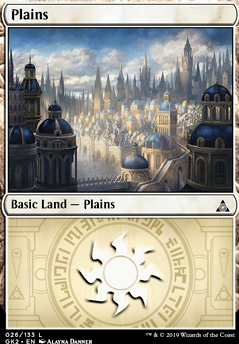 Kruphix the God
by TheToser44

As some protection, try use Riot Control and Blunt the Assault. Thanks to your general is possible to play it.

If you play Archangel of Thune, why not second half of this combo Spike Feeder.

Try Aura Shards for cleaning table with your tokens.

And for your token production? OketraÂ´s Monument. If you have too much tokens, try Throne of the God-Pharaoh.

And what discard ?? Pearl Medallion Mind's Eye Dromoka Monument Seasons Past The Mending of Dominaria

Hi! Looks like a good start to me! Here are some suggestions:

Hope this helps! Feel free to message me any time!

Before I say anything else, take the Blunt the Assaults out of there. Fog-like effects are only necessary in decks based around it and Isochron Scepter. If you're in a position in which you need a spell like that, I'd recommend Arachnogenesis. I would suggest cutting the "one-ofs" for the sake of consistency, though I'm not too sure about your budget. Eternal Witness instead of Greenwarden of Marusa, though I like the warden, up to you. I'd take out Magma Phoenix and Purphoros, God of the Forge. Blasphemous Act kills all your shit, Savage Twister might work better in here. Signal the Clans or Worldly Tutor for getting stuff.

Night Soil isn't necessary. If you want something to get rid of graveyards, go with Relic of Progenitus or Grafdigger's Cage. I wouldn't recommend having Primal Surge in here since you have 18 non-permanent spells, but if it works... I'd also advise more ramp; instead of stuff that enchants your lands to get more mana, get more lands. Stuff like Kadoma's Reach, Cultivate, Rampant Growth. Maybe Temple of the False God or Sol Ring (not Modern legal). Draw spells like Explore or Life's Legacy. Sorry for the disorganization, good luck and shit

My focus as per title is Managorger Hydra I could use any advice as to make this even better. I would prefer to stay Mono-Green. Gorger Growth Deck Link